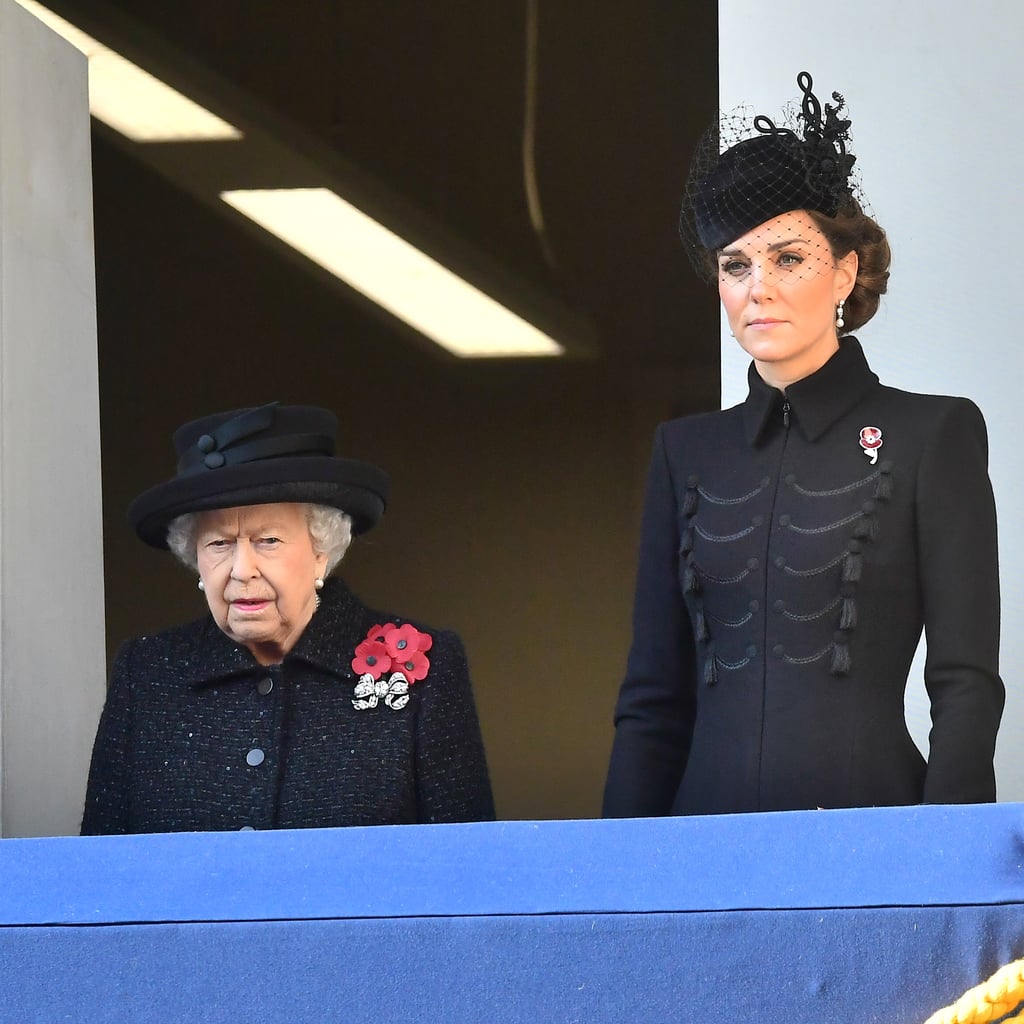 After an outing at the annual Royal British Legion Festival of Remembrance at the Royal Albert Hall on Saturday, the royal family assembled again on Sunday morning. Remembrance Sunday is held on the second Sunday of November each year and is a time for people to honor those who have suffered and died at war. This year's service marks 100 years since the first Remembrance Sunday service, which took place in 1919 on the anniversary of the end of hostilities in the First World War. The Duke and Duchess of Cambridge and the Duke and Duchess of Sussex joined Queen Elizabeth II and other members of the royal family for the annual Remembrance Day Service at the Cenotaph on Remembrance Sunday.

During the service, Harry and William laid wreaths at the Cenotaph — along with their father, Prince Charles, who laid a second wreath on behalf of his mother, the queen — before participating in a traditional two-minute silence at 11 a.m. The queen watched from a balcony overlooking the Cenotaph, joined by Camilla Parker Bowles and Kate Middleton. Meghan Markle was also in attendance, and watched on from a separate balcony with Sophie, Countess of Wessex, and Princess Anne's husband, Sir Timothy Laurence. Despite reports that Harry and William are moving in different directions, this separation is likely less of a slight and more of a dedication to the traditional pecking order. This is the second time Meghan has attended the Remembrance Day service. See more photos from the royals' appearance ahead.