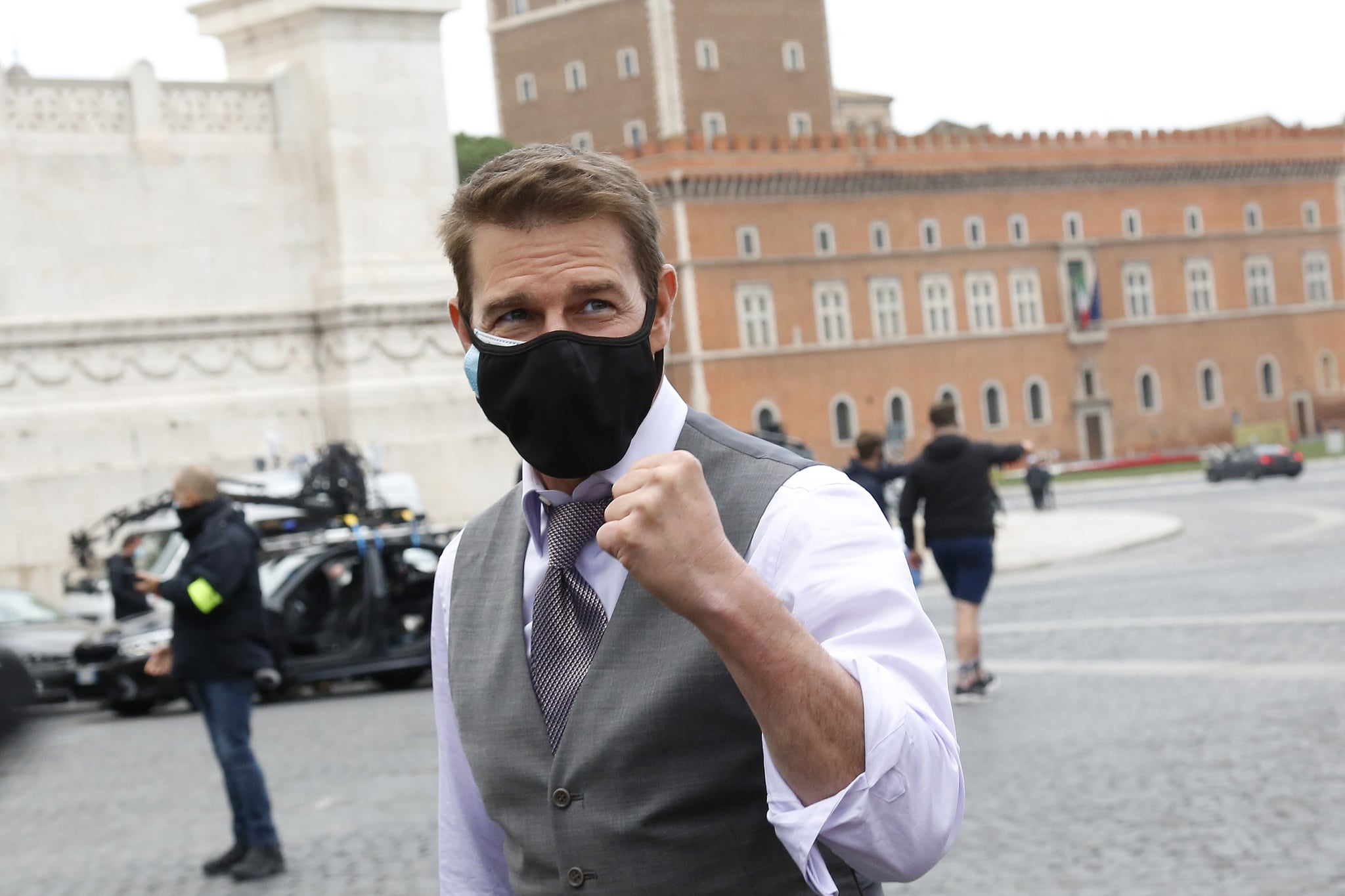 After seeing two crew members on the set of Mission: Impossible 7 break COVID-19 guidelines, Tom Cruise completely lost it, reports Variety. "If I see you do it again you're f*cking gone," he told the pair, who were standing too close to one another in front of a computer screen. "We are the gold standard. They're back there in Hollywood making movies right now because of us," he continued. "Because they believe in us and what we're doing. I'm on the phone with every f*cking studio at night, insurance companies, producers and they're looking at us and using us to make their movies. We are creating thousands of jobs, you motherf*ckers. I don't ever want to see it again. Ever!"

This isn't Tom's first time to lose his sh*t. In 2005, he jumped on Oprah Winfrey's couch to declare his love for then-wife Katie Holmes. That same year, he called Matt Lauer "glib" while being grilled about Scientology and whether or not his relationship with Katie was a publicity stunt. His most recent reaction has garnered more support than ridicule, as people on Twitter feel he is merely expressing what everyone is thinking when it comes to people disregarding COVID-19 guidelines, like masks or social distancing.

Related:
Ellen DeGeneres Tests Positive For COVID-19: "I'll See You All Again After the Holidays"

"Is it understood? If I see it again, you're f*cking gone." — Tom Cruise

"You can tell it to the people who are losing their f*cking homes because our industry is shut down. It's not going to put food on their table or pay for their college education. That's what I sleep with every night — the future of this f*cking industry!" Cruise said in the audio, which was obtained by The Sun. "So I'm sorry, I am beyond your apologies. I have told you, and now I want it, and if you don't do it, you're out. We are not shutting this f*cking movie down! Is it understood? If I see it again, you're f*cking gone."

When listening to the audio, Christian Bale's 2009 rant comes to mind, though Christian's rant was directed at one person while Tom's rant deals with his frustrations and stresses over the industry as a whole. Writer/director Regan Gomez tweeted, "I've been on many sets. Seen lots of breakdowns & yelling matches. This *to me* sounds more like frustration. His words say he's been givin ppl breaks/talking 2 them & they still wanna play games. His words/intentions are clear *to me*."

While his methods may not have been the best way to go about things, it's clear that Tom reached a breaking point when it came to the seriousness of protocol being broken on his set. Did these crew members break protocol on purpose? Probably not, due to the nature of a film set and how they're used to working. Regardless, the film industry is changing and people need to take COVID-19 guidelines and rules more seriously if the world is ever to gain any semblance of normalcy. If it takes a rant by Tom Cruise, so be it.