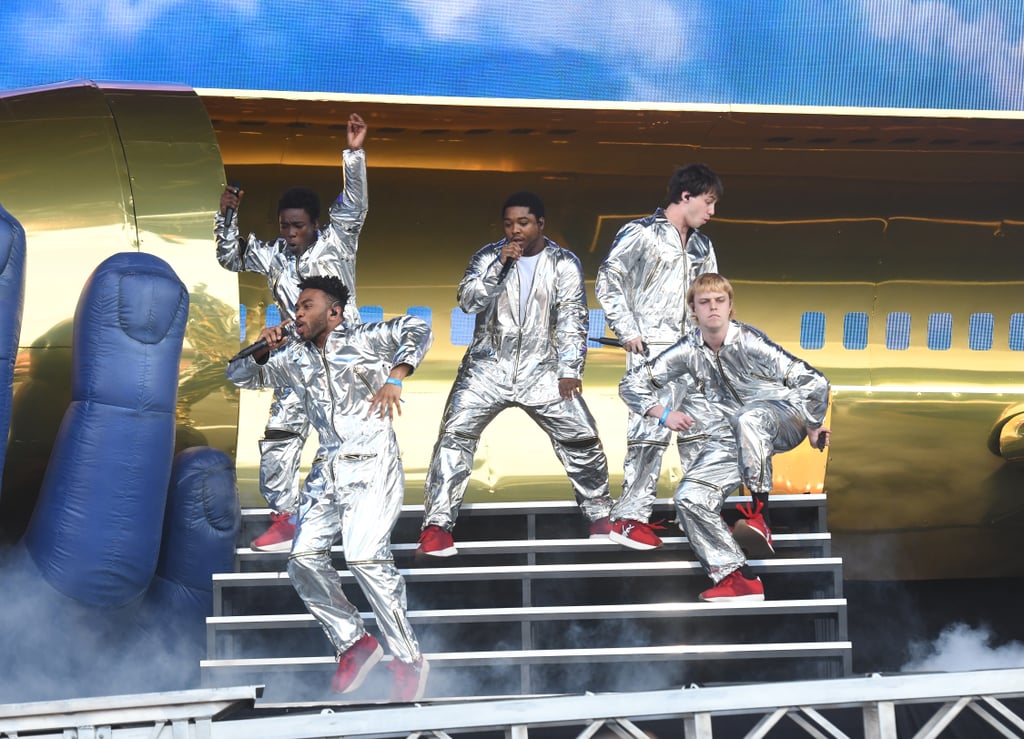 A Guide to Brockhampton: Get to Know the Boy Band's 13 Members

I'm not here to tell you how to live your life, but I'll say this: you — and I cannot stress this enough — need to hop on the Brockhampton train. The self-proclaimed boy band consists of 13 members — Kevin Abstract, Matt Champion, Dom McLennon, Ciarán "Bearface" McDonald, Merlyn Wood, Russell "Joba" Boring, Romil Hemnani, Jabari Manwa, Kiko Merley, Robert Ontenient, Henock "HK" Sileshi, Jon Nunes, and Ashlan Grey — and has been delivering bangers since 2015. Every member brings something special to the table, whether it's opening up about their sexuality, struggles with mental health, or their general disregard for acting a certain way to appease society.

So, how did Brockhampton come to be? Well, in 2010, Kevin decided he wanted to start a musical collective. He joined forces with schoolmates at Woodlands High School in Texas, as well as users on a Kanye West fan forum to create the band AliveSinceForever. At first, there were about 30 members, but the number dwindled as they became more serious about cultivating their sound. In 2013, AliveSinceForever released their debut EP, ASF. However, they rebranded the following year as Brockhampton. Since then, the band has dropped six albums — 2016's All-American Trash, 2017's Saturation, Saturation II, and Saturation III (yes, they dished out three albums in one year), 2018's Iridescence, and this year's Ginger.

Throughout their musical journey, the group has made a handful of other alterations to their framework — notably, the 2018 ousting of cofounder Ameer Vann following sexual misconduct allegations — until they became the now 13-strong squad. Although Brockhampton has already confirmed that the band won't last forever (*sniffles*), we're going to enjoy every minute of their incomparable chemistry and enigmatic allure. Keep reading to learn more about each member!