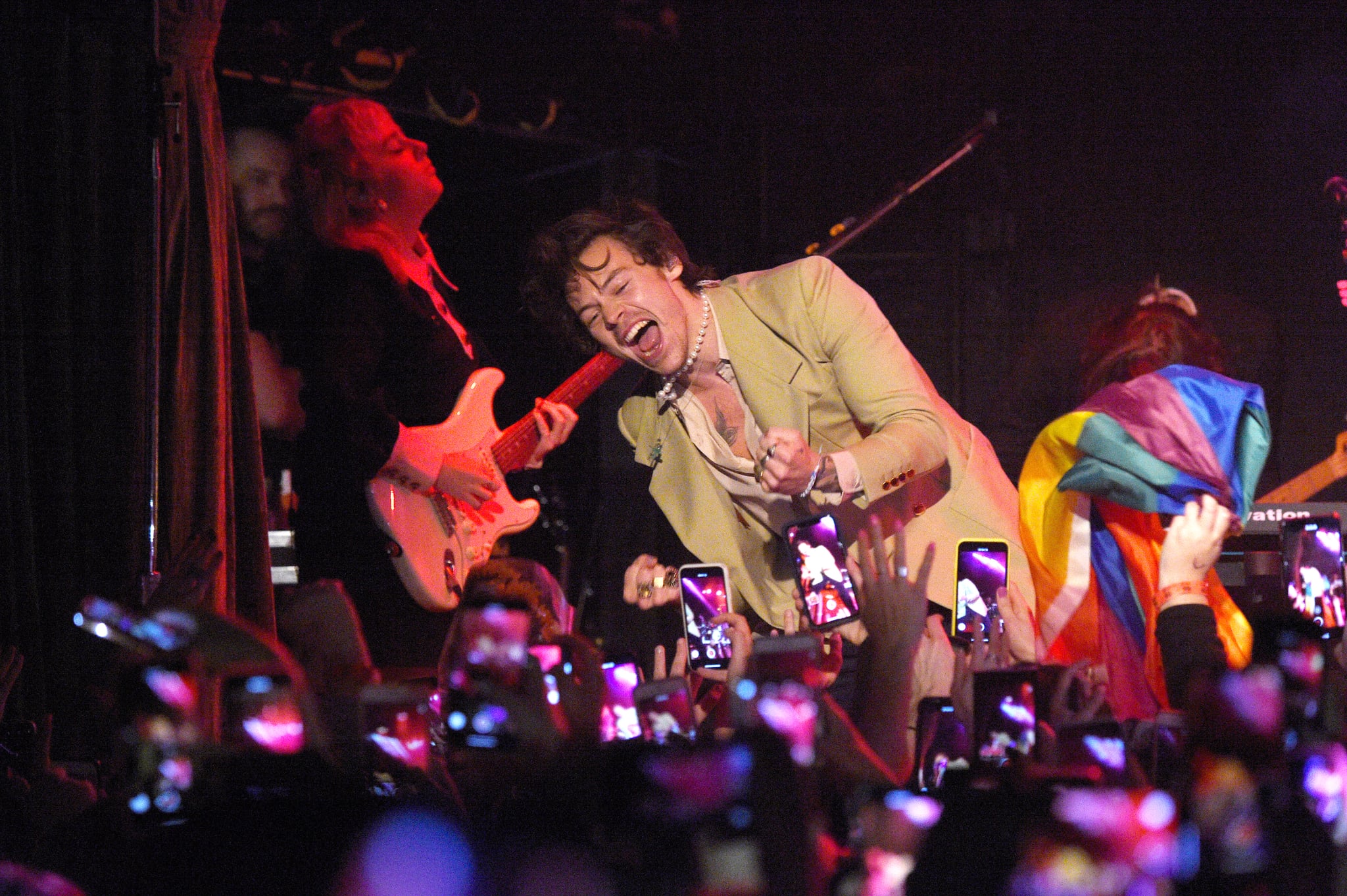 There was once a point in my life where I would tell people I was a One Direction fan and the general reaction I would get was a very slow . . . "Oh, that boy band, right?" Fast forward to now, when I never hesitate to say I'm a Harry Styles fan. I get far fewer judgmental looks, assumedly because Harry has distanced himself — in a very classy and gracious way — from his boy-band roots to the point that many people forget that that's where he came from. One Direction may be a thing of the past (we don't discuss the hiatus in this house), but Harry is the future, and everything he's doing in his life and his career right now just keeps trending up.

You'd practically have to be living under a rock to not know who the floppy-haired British singer is at this point. He is, almost literally, everywhere. Harry's second album, Fine Line, came out at the end of 2019, and he's flitted all over the world doing press and promo, which is to be expected of an artist with a new project out in the world. However, if you're new here and have just discovered Harry, you are part of this phenomenon of his career absolutely exploding. Harry has amassed countless new fans just in the past year alone, and I'm putting my bets on it being down to the aura he has about him now. 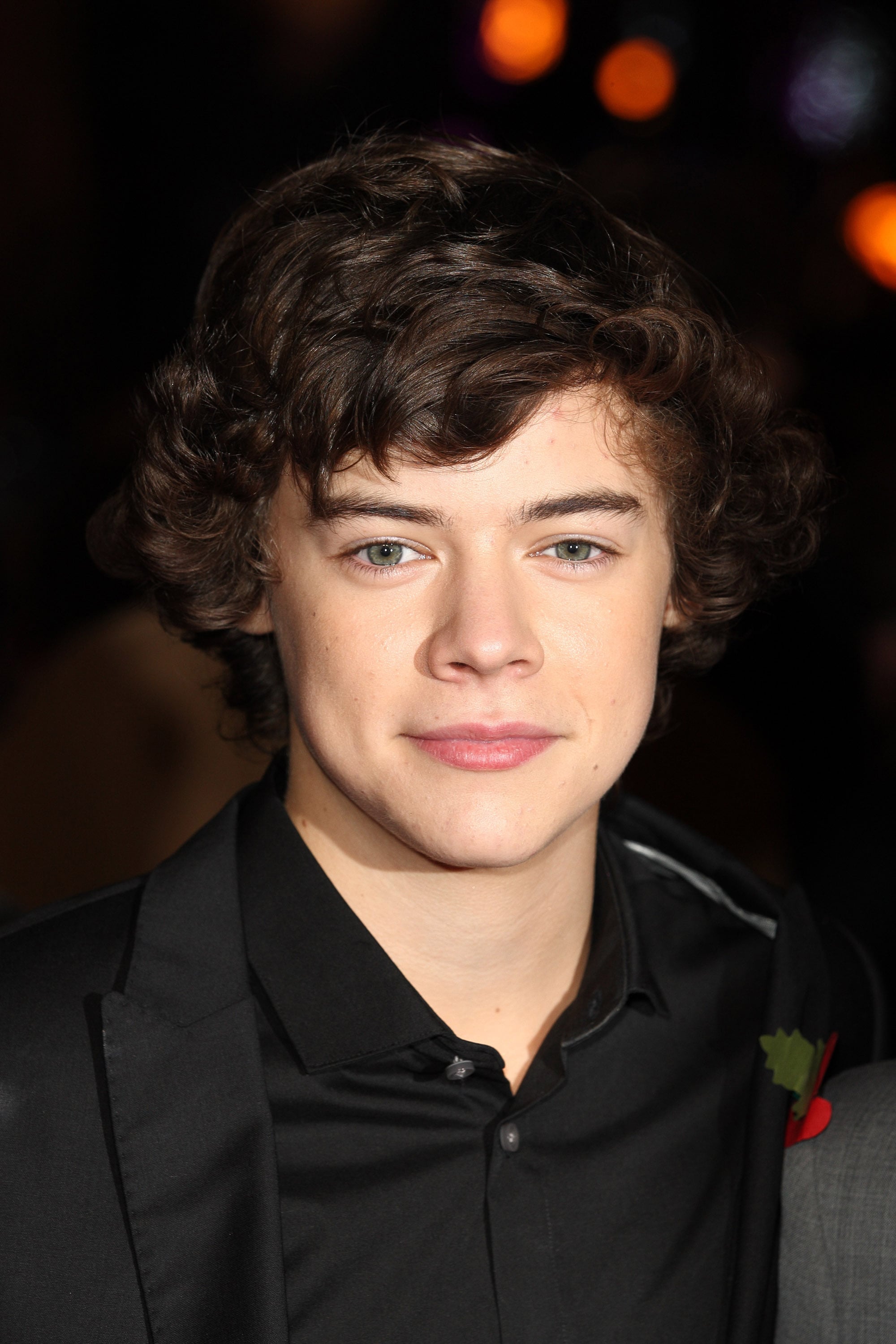 I am, admittedly, biased when it comes to Harry, his talent, and his success. Of course I am. I've been a fan for almost a decade, and I can see the changes he's gone through. I remember when he was that spry teenager over to the left and was often painted in an unflattering light as the "womanizer" of the band in the early days. Even still, he shared his humor on Twitter and was still open with fans. I remember when he grew up a little and closed himself off a little more. His social media presence grew quieter but he was still just as effervescent on stage. And I remember after One Direction went on hiatus in 2015 and Harry charged back into the music scene as a solo star in 2017 with his luscious locks lopped off and an entirely new wardrobe. But what's different among all those Harrys and the Harry we have in 2020 is that this Harry finally seems to be comfortable in himself, in his work, and in his place in music. He's still Harry, but this Harry is bold and unapologetically himself.

Harry admitted just recently on NPR that in the past he spent a lot of time worrying about getting things wrong and doing the wrong thing. To me, it seems evident with his first album, Harry Styles, that he had heavy expectations weighing on his shoulders and deeply wanted to make an album that would put him on a career path for success. He said in the same NPR interview that he knew the album wasn't radio-friendly, and listening back now, he can see the missteps he feels like he made.

Harry Styles is a solid album with some really quality songs, as vague and ambiguous as they may be. I found there to be a disconnect between some of the songs and the man singing them, and that's where it faltered for me. And yes, I know Harry often keeps the stories behind his songs close to his heart, but it was the obscurity of some of the nonsense lyrics (I'm looking at you, "Kiwi") that maybe lost some people. Though it's never been my favorite album (but it's up there!), it was widely hailed by people in the industry as a triumph of a debut.

Harry is finally, seemingly, being himself. And the world absolutely loves it.

Fine Line, though, shows the more vulnerable and honest side of a man who seemed to be too timid to show all his cards the first time around. In this album, Harry breaks his whole freakin' soul open in each of the songs, which makes them infinitely more easy for a listener to connect with. These are songs he cares about and feels deep into his bones. He told CBC Radio that with Fine Line, he "ended up making the album that I wanted to make when it wasn't just about trying to make what people like." And though he told CBC Radio that he still put a lot of pressure on himself with this album to make it a huge success, once he got past that roadblock in his head, the writing process and subsequent release were exactly what he wanted.

Perhaps this is why Fine Line reached platinum status in just 75 days and has made Harry more of a household name than he ever was. For someone who hasn't seemed to care much about making radio-friendly music, he's somehow still managed to enter mainstream music, and that's down to the way he's been more open in the past few months with everyone who's leaning in to listen. Harry's been less guarded in interviews — quite literally telling Howard Stern about getting robbed at knifepoint and staying up all night with Stevie Nicks and her witch coven — and openly wearing whatever the hell he wants, which includes nail polish, pearl necklaces, and a lot of lace.

Harry is finally, seemingly, being himself. And the world absolutely loves it.

What's fascinating to someone like me, who has been here through it all, is that I see so much of the original Harry we met back on The X Factor, who was precocious, excited, and so overbearingly charming. Harry now seems to have found that balance of keeping his personal life for himself but can still be open with his words and his art, especially with his loyal fans who have been trailing him for years and have always seen what a special person he is.

He's also been able to finally marry his past days in One Direction with what he's doing now, which has been such a treat for us lifers. Harry's more open about talking about One Direction, something he didn't really do before now, even telling stories about hearing a One Direction song in a Wawa recently. And the fact that he's still prancing around the stage singing "What Makes You Beautiful," as recently as February of this year at the Sirius XM and Pandora Secret Show in New York, just goes to show that he's proud of his boy-band roots and doesn't care who knows about it.

So many people, the world over, are falling in love with this version of Harry and his amazing songs on Fine Line. With his flashy style and charismatic smile, he just keeps pulling the new fans in, and they're all settling in for the show. For them, it's new and it's exciting to discover this artist who is practically otherworldly with how talented he is and just how good of a person he is.

For me, though, I'm just happy to see Harry be audacious, be engaging, and be himself.