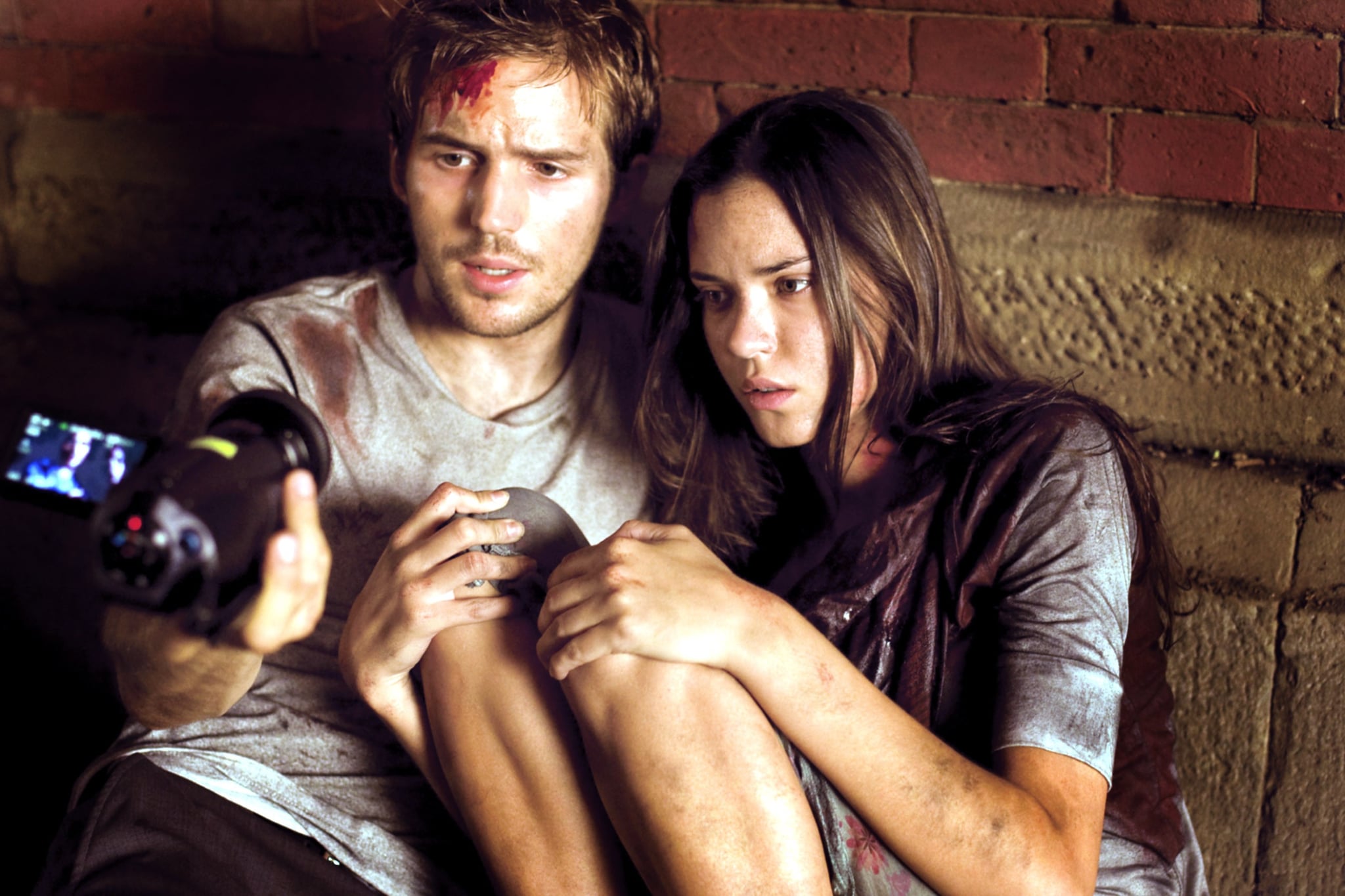 The film 10 Cloverfield Lane is clearly a follow-up to 2008's thrilling horror hit Cloverfield, but is it technically a sequel? The new movie is definitely as thrilling as the first, but the similarities nearly stop there. If you're planning on seeing the film and don't want to know what happens at the end, now is a good time to stop reading.

The new story revolves around Michelle (Mary Elizabeth Winstead), a woman who wakes up cuffed to a pipe in a bunker after an intense car accident. The majority of the film takes place in the underground safehouse as she gets to know the mysterious man keeping her down there (John Goodman) and his friend (John Gallagher Jr.). Goodman's character claims that some sort of nuclear or chemical attack has happened and the air is poisoned, which is why he won't even consider letting Michelle out. Except for the nonstop tension, this psychological thriller may sound about as far away from the epic 2008 monster movie as possible . . . until you get to the end.

Long story short, Michelle escapes the bunker but finds that while the air is still breatheable, their planet has been invaded by alien ships. Not quite a city-destroying kaiju, but it's just as terrifying. The question is, does this movie take place in the same universe as the first movie or even have anything to do with it? The answer is complicated.

The idea of a Cloverfield sequel has been long-rumored. Director Matt Reeves and producer J.J. Abrams left the possibility open, but never seemed to find the right idea. Enter Valencia. Previously titled The Cellar, Valencia was written by Josh Campbell and Matthew Stuecken and was being developed under Abrams's production company, Bad Robot. Eventually, Whiplash writer Damien Chazelle was brought in to help with a final version of the script. The cast signed on in 2014, but the movie was never referred to (publicly) as 10 Cloverfield Lane until the trailer dropped earlier this year.

The fact that the film is labeled 10 Cloverfield Lane might still seem confusing, because it is confusing. It's not a proper sequel or prequel. It doesn't take place in the same universe the way Marvel movies do. "It's like Cloverfield is the amusement park, and each of these movies is a different ride in that park," Abrams explained to Vanity Fair. "It's a vaguely unusual thing, but I hope it works. This felt like an unexpected, cool and fun way to do something that major studios don't do as often as we'd all like. This gave us a way to [tell an original story] under an umbrella that hopefully would garner some attention but more importantly have a thematic and deeper connection, tell original stories with filmmakers and actors who you might not have seen before at all or certainly in a thing like this."

Does this mean we can expect more films under this "umbrella"? Abrams hasn't confirmed anything, but let's hope so. Perhaps next time you won't even know you're about to see a Cloverfield film until you sit down at the credits start rolling? Just a suggestion.

Movies
One Night in Miami: The Major Reason Muhammad Ali Changed His Name
by Stacey Nguyen 43 minutes ago

Movies
You Bet That's Really Leslie Odom Jr. Singing in One Night in Miami
by Monica Sisavat 6 hours ago