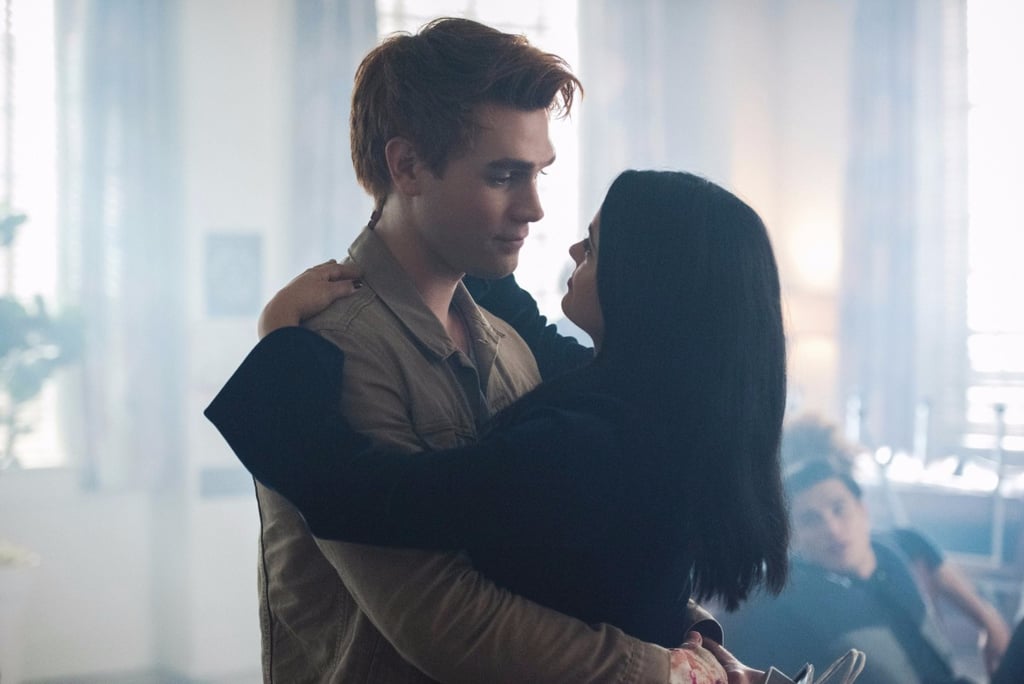 Ever since Riverdale's season two trailer dropped, fans were counting down the seconds to the premiere with plenty of questions on their minds: who the hell shot Fred Andrews? Would he survive? And more importantly, when are we going to see Veronica and Archie's epic shower scene?! Luckily, thirsty viewers were blessed with the latter in the season's first episode, but it wasn't exactly welcomed with open arms by everyone.

The premiere opens at a strangely old-timey hospital, where Archie and his friends anxiously wait to hear about Fred's fate. Betty, noticing that Archie is still covered in his father's blood, suggests that Archie go home to freshen up. His girlfriend, Veronica, helpfully tags along for moral support. Shortly after the two get back to the Andrews house, we catch a glimpse of Archie's rock-hard, glistening abs as he rinses off, and hot DAMN.

When Archie is in the middle of his shower, Veronica decides to strip down and waltz on in to join him for a good ol' rubdown. Needless to say, things get pretty f*ckin' steamy, as they share a passionate (yet short-lived) makeout sesh.

As soon as the sexy scene went down, fans couldn't help but share their reactions on social media, and it looks like pretty much everyone had mixed feelings. Some were admittedly super turned on by Varchie's shower scene, while others thought it was bad timing on Veronica's part considering the fact that Archie's dad had just been shot. How about you? Were you confused? Aroused? A strange hybrid of both? Whatever you're feeling, you're definitely not alone.

Related:
25 Reactions We Had While Watching Riverdale's Thrilling Season 2 Premiere
Previous Next Start Slideshow
RiverdaleFall TVTVTwitter
Around The Web

Anthony Mackie
Anthony Mackie Does His Best to Shut Down Captain America Rumors, but We're Not Fooled
by Grayson Gilcrease 31 minutes ago

Netflix
The 15 Best TV Period Dramas Ever — Yes, Including Bridgerton
by Sabienna Bowman 20 hours ago

by Perri Konecky 41 minutes ago

by Nikita Charuza 53 minutes ago