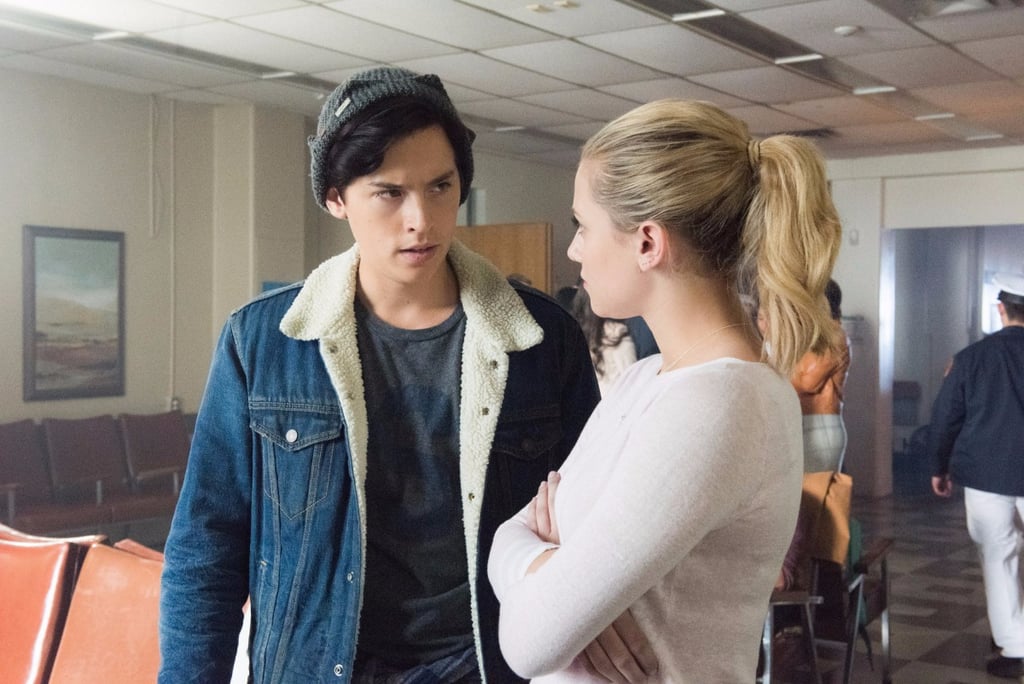 25 Reactions We Had While Watching Riverdale's Thrilling Season 2 Premiere

When the Riverdale cast said they were going even darker this season, they weren't kidding. Jughead is tangled up with the Southside Serpents, Veronica is dealing with some major family issues, and Cheryl has officially gone full-on crazy. Although, we have to be honest — we're kind of loving the latter. Not only is the season two premiere filled with a whole lot of drama, but it also unveils a brand-new killer. Yep, on top of all that, there's now a murderer on the loose. Relive all the crazy moments ahead!

Related:
9 Shows You Should Watch If You're Obsessed With Riverdale
Previous Next Start Slideshow
RiverdaleCole SprouseFall TVTVGifs