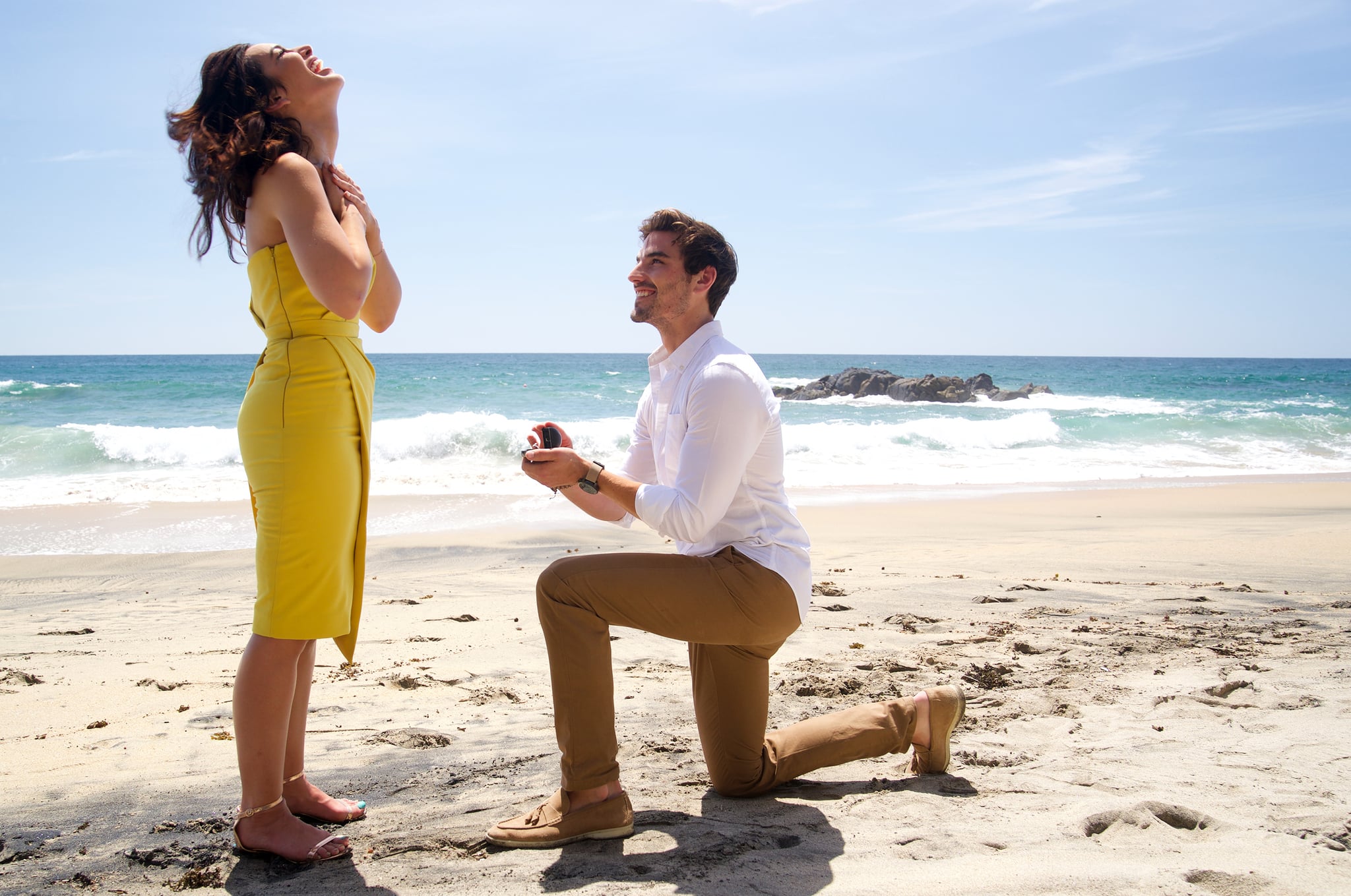 Ashley Iaconetti and Jared Haibon are one of the next Bachelor Nation couples getting ready to walk down the aisle. After confirming their relationship in May, Jared popped the question nearly a month later in Mexico during the upcoming fifth season of Bachelor in Paradise. While the two haven't revealed too much about their big day — we still haven't seen Ashley's engagement ring — there is one detail about their nuptials they are already considering: having it televised.

During an episode of iHeartRadio's The Ben and Ashley I Almost Famous Podcast, the former Bachelor contestant opened up about her relationship with Jared and their plans for the future. While they are definitely interested in having a TV wedding, like many other Bachelor Nation couples before them, there is one condition. "I think we're both down [for a TV wedding], but our caveat is that we want as many guests as we want and we don't want to be limited to that," she said. "So I think if we couldn't have it the way we imagined is the only reason we wouldn't do it. We want it!"

We can already imagine the waterworks now. While Jared and Ashley haven't set an official date for their wedding yet, you can watch their gorgeous proposal unfold when Bachelor in Paradise season five premieres on Aug. 7.