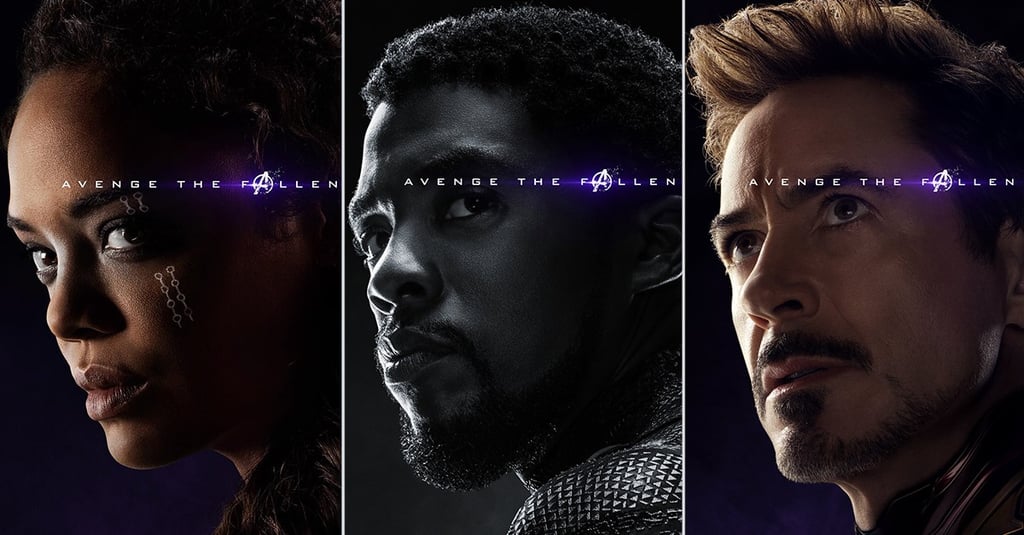 Marvel Releases Avengers: Endgame Posters That Are Both Devastating AND Revealing

Time continues to move forward, and the premiere date of Avengers: Endgame creeps closer. We've seen devastating trailers that show us a rag-tag group of survivors who promise to do "whatever it takes" and talk around a mysterious plan to get back those who died in what the internet so aptly calls The Snapture. And now, dropping a month before the film does, Marvel has helpfully unveiled brand-new character posters of all our favorite heroes — both the living and "the fallen."

In a move that is both dramatic and just plain hurtful, the posters differ from one another in one key way. All of the posters featuring heroes who are still alive are in full color. The posters with heroes who were lost to the Snapture are in black and white. Each poster shows a close-up of the character's face, along with the tagline, "Avenge the Fallen." Did you get goosebumps? Because we totally did.

While the posters give us a fair idea of who we'll be seeing in Endgame (we're looking at you, Wong), it also answers a few glaring questions, like the fate of Valkyrie and Princess Shuri (alive and Snaptured, respectively). Check out the posters ahead and start your countdown. Endgame hits theaters on April 26.

Related:
If You Thought Infinity War Was Long, Just Wait Until You See Avengers: Endgame
Previous Next Start Slideshow
The AvengersMoviesMarvelAvengers Endgame