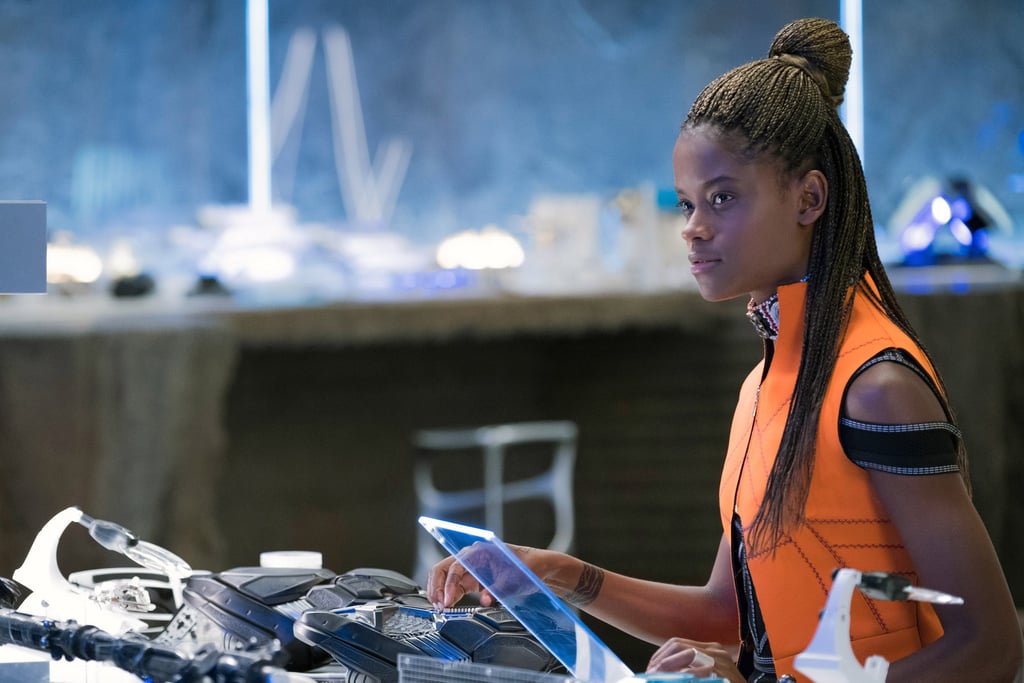 Marvel has apparently decided that since everyone was getting a little too excited about Avengers: Endgame, we needed a morbid reminder of all the beloved characters who die at the end of Infinity War. So, not only are there some devastating nods to them in the latest trailer for the upcoming team-up film, but now we also have a TON of new posters clearly laying out who did and did not survive Thanos's infamous snap. While we were happy to see that Valkyrie escaped the Great and Terrible Dusting with her life, it seems Shuri did not.

On Tuesday, Marvel shared a number of character posters for the film, with those who survived depicted in color, while those who got dusted appear in black and white. It's an official confirmation of everyone's fate since a few of the "deaths" happen off screen. That's what happened with Shuri, who we last see in Infinity War trying to frantically finish her digital copy of Vision before being attacked in Wakanda. Up until now, the only clue we've gotten about her fate is in the Endgame trailer, when Bruce Banner (Mark Ruffalo) is seen looking at a screen that lists Shuri as one of the "missing."

If you find yourself crushed by the revelation, don't worry — you're definitely not alone. Keep scrolling to see Shuri's black-and-white poster for the film, as well as reactions from fans who demand Marvel bring back everyone's favorite teen genius ASAP.