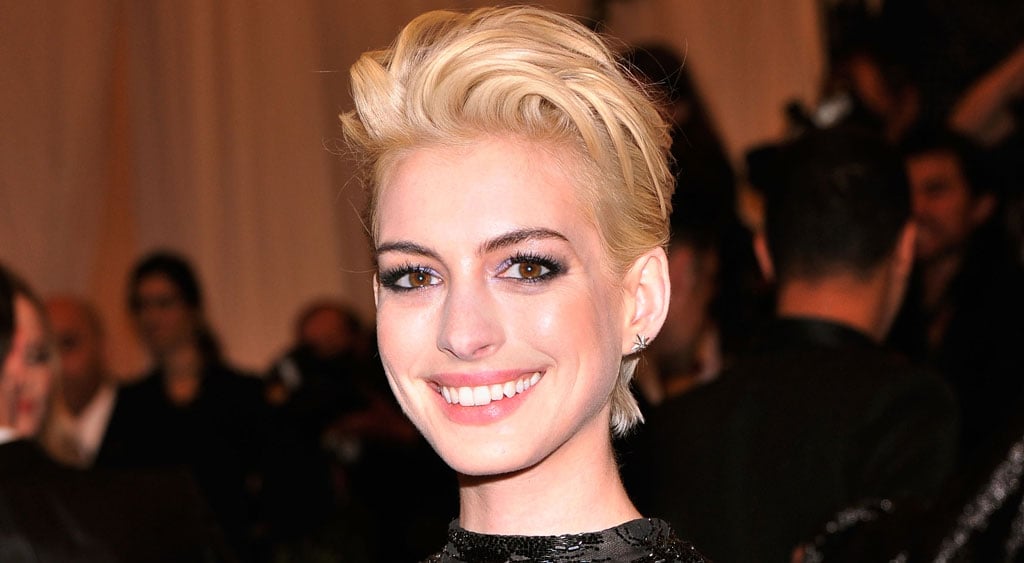 Although it was initially reported that Amy Schumer was in talks to star in the Barbie movie, the comedian dropped out not long after due to a scheduling conflict. At the time, the live-action film was described by Variety as having a tone similar to Splash, Enchanted, and Big and was being produced by Mattel. The movie will follow a woman living in "a perfect land of Barbies" who "slowly awakens to the fact that she doesn't fit it. She is expelled from the idealistic land and journeys to the real world, where she discovers that being unique is an asset."

Now, thanks to The New York Times's profile on Sony Pictures producer Amy Pascal, we know that the movie is still in production despite losing the Snatched actress. The article noted that "negotiations are underway with an Oscar-winning actress for the tonally tricky title role," and it now appears that it's none other than Anne Hathaway. Considering the Colossal actress pushed up-and-coming Australian director Alethea Jones to take on the film, her starring role would make a lot of sense. According to The Hollywood Reporter, the only issue is Hathaway's busy schedule. With Sony's eye on a June 29, 2018 release date, the studio is trying to work with her calendar, but if the deal falls through, that will likely be the reason.

After Schumer dropped out, Sony released a statement saying that they "respect and support" her decision and that they "look forward to bringing Barbie to the world and sharing updates on casting and filmmakers soon." Schumer helped polish one of the scripts while she was still attached, but there's no word on whether or not her changes will be kept once a different star comes on board. The comedian definitely seems to approve of Hathaway's casting, though, which she proved with her recent Instagram:

Movies
In the Heights Is Full of Lin-Manuel Miranda Easter Eggs, Including a Clever Hamilton Nod
by Karenna Meredith 13 hours ago

Movies
Will There Be an In the Heights Sequel? The Cast Is Keeping Their Fingers Crossed
by Monica Sisavat 18 hours ago