Because of Alfred Hitchcock's 1960 film Psycho, we all know how Bates Motel is eventually supposed to end. Monday's season finale punctuated a season that confirmed Norman Bates's fate as the ultimate psychopath. Since the beginning of the show, it's been hard not to think of Norman as somewhat of an antihero. Sure, he's a mama's boy, but he could be harmless! The series never showed Norman committing the murders that he is behind in real time — until the finale. Read on to find out exactly how Norman goes from a creepy kid to (spoiler alert) a confirmed cold-blooded killer in the course of a season. 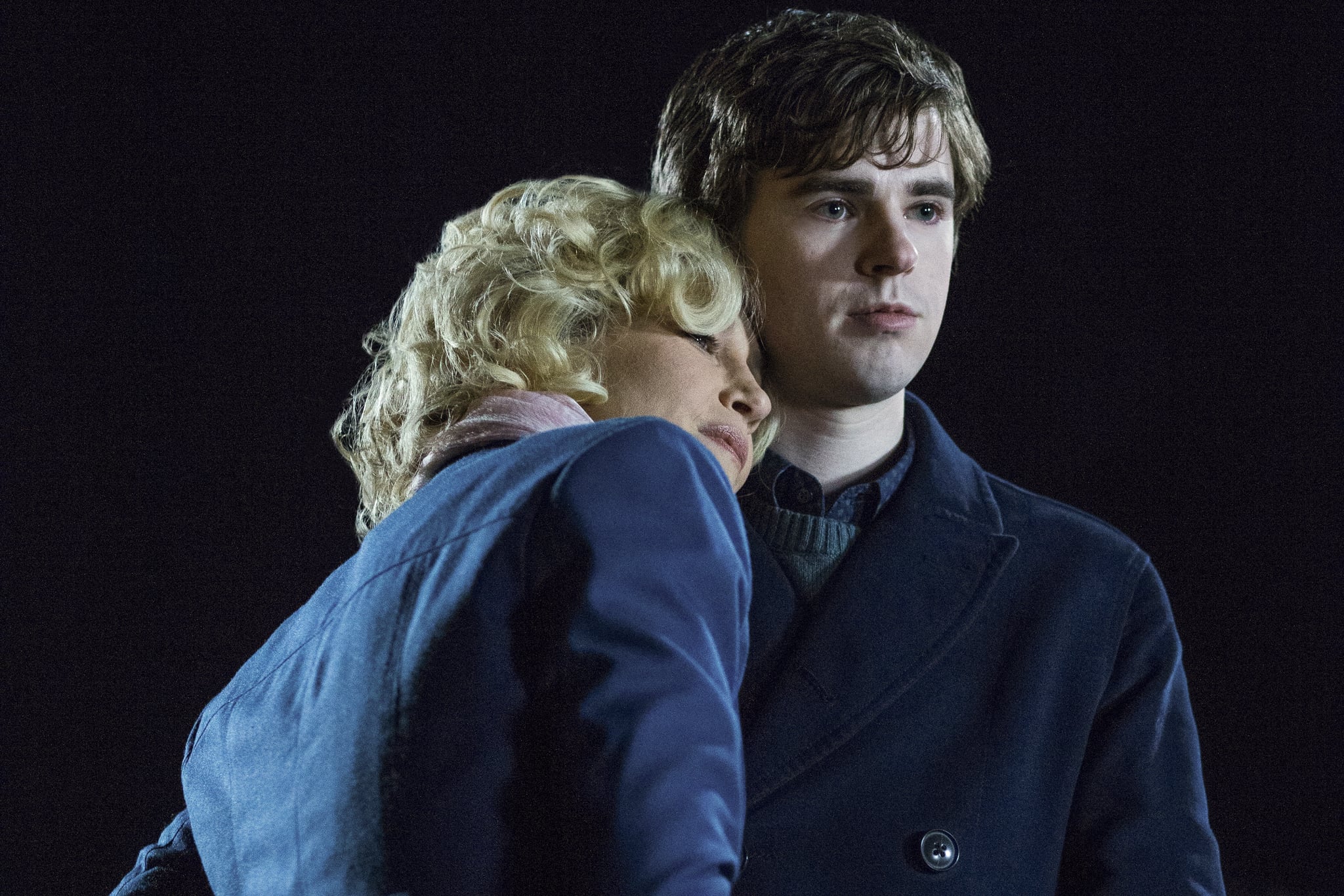 His blackouts get worse.

As Norma grows increasingly concerned about Norman this season, she comes to rely more on Dylan, infuriating Norman and making his "condition" even worse. Both Norma and Dylan have witnessed Norman's blackouts, as they're coming more frequently. As we know from the film, Norman doesn't necessarily need a triggering event to murder someone. The mere presence of a woman at his motel is enough to make him go into full-on Psycho Mother Mode.

There have been sequences here and there in which we see Norman muttering to himself, but things are elevated to a whole new level this season. Dylan sees Norman in a particularly disturbing blackout during which he acts like their mother. He's cooking breakfast in the middle of the night wearing Norma's dress and apron and tells Dylan to wake up Norman. In an earlier episode, Norman seeks out Norma's brother, Caleb, and speaks to him as if he's Norma, about how Caleb had raped her when they're children. In the movie, of course, Norman's trademark is that he dresses up in his mother's clothes when he murders people.

We finally see him commit a murder.

This is obviously the big kahuna of things that make Norman a psychopath. Norman resolves to run away with Bradley, but after his mother traps him in the basement, he escapes and goes a little crazy. Note that the basement is an important place for Norman; it's where he keeps his dead mother in the movie. Depending on how closely the show is following the movie, we might revisit the basement — as Norma's final resting place. Back to the finale: he hits the road with Bradley, but his imagined version of his mother is in the back seat, and he begins arguing with her. He tells Bradley that Norma wants to speak to her. Bradley is clearly freaked out, and pulls to the side of the road as Fake Norma (speaking through Norman) starts telling her about how her son is too smart for her "sex kitten routine." Fake Norma gets out of the car, walks over to Bradley's side, drags her out, and repeatedly smashes her head on a rock until she's bloodied and dead.

It's what we've all been waiting for. Norman is no longer a victim of his mother's smothering; he's a villain. The brutality of the way he murders Bradley confirms that there's been a monster inside of him all along, one who killed Miss Watson and who will absolutely kill again. Now that his transformation is complete, will his next murder be Norma? Or could it be Dylan, for interfering with his relationship with Norma? Truthfully, Psychotic Norman is much more fun to watch than the Norman who constantly kowtows to his mother, which means season four has the potential to be the best season yet.