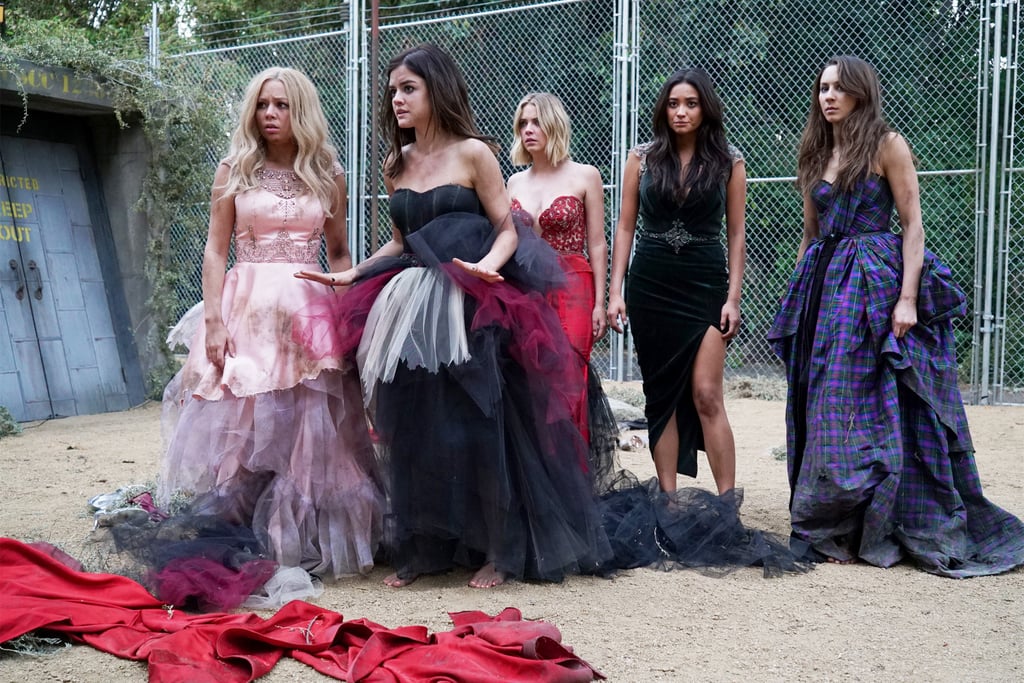 If you are a hard-core fan of Pretty Little Liars, you've probably rewatched the series once or twice from beginning to end, but with seven seasons and 160 episodes, perhaps you don't always have the time for a full binge. So if what you're looking for is a quick run through the series' best episodes — you know, because you have other things to do sometimes — we've got you covered.

The Freeform series, which follows four best friends — Spencer Hastings (Troian Bellisario), Hanna Marin (Ashley Benson), Aria Montgomery (Lucy Hale), and Emily Fields (Shay Mitchell) — as they try to uncover the truth behind the disappearance of their group leader Alison DiLaurentis (Sasha Pieterse) as they're being blackmailed with their deepest, darkest secrets by an unknown individual, who goes by A, was a roller coaster. Over the course of seven seasons, we're hit with life-threatening situations, romances, and twists and turns so wild, that A probably didn't even see them coming.

From the first episode of PLL, aired in 2010, to the final one aired in 2017, prepare to reach way back in your memory bank as we go over the best episodes in the entire series, in chronological order.