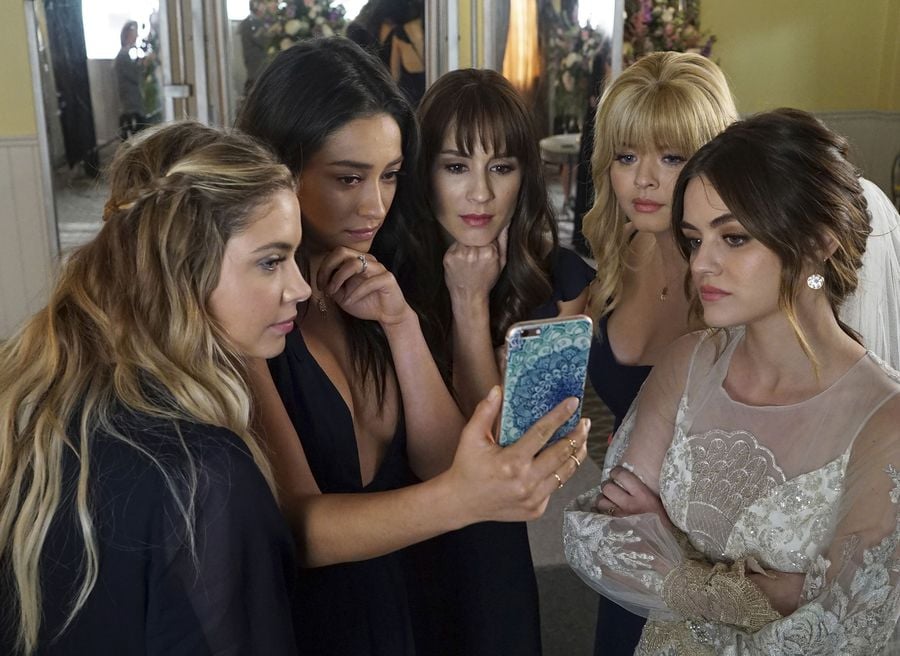 Here it is! After seven seasons and a whole lot of creepy text messages, we finally know who A.D., aka Uber A, is on Pretty Little Liars. We don't want to say we told you so, but we called it! Ready? It's Spencer Hastings' identical twin sister, Alex Drake. It was mind-blowing enough when we found out that Spencer's real mother is actually Mary Drake, but now this?!

We had our fair share of suspicions, but who could deny the red flags signaling to Paige McCullers and Lucas Gottesman? We'll admit that we also thought Spencer could have been behind it all too.

Although we had this whole twin theory on our radar, it's still a huge shock to see the lengths that Alex has gone to. When Wren Kingston (who we also suspected of being A.D.) happens to wander into the bar where Alex works in England, the two connect quickly. He tells her all about Spencer, and Alex hates that Spencer has this wonderful life when she doesn't . . . so she sets out to become her.

It turns out that Alex has been posing as Spencer throughout Rosewood. Remember when "Spencer" asks Toby for one last kiss (even though he has a fiancée)? Yeah, that's Alex.

Alex kills Wren and makes his ashes into a necklace stone because she knows he would never see her as Spencer. Then, she traps Spencer in an underground lair and poses as her at Aria's (supposed-to-be) wedding. What looks like Ezra running from the altar is actually him being trapped by Alex too. Her game plan is to be Spencer and be with Toby Cavanaugh, Spencer's high school love and the man she is reconnecting with in the fast-forwarded season seven.

But you know PLL couldn't end with anything less than a happy ending. With a group effort between Hanna, Aria, Emily, Spencer, and Ali — along with Caleb, Ezra, and Toby — they win the war once and for all.