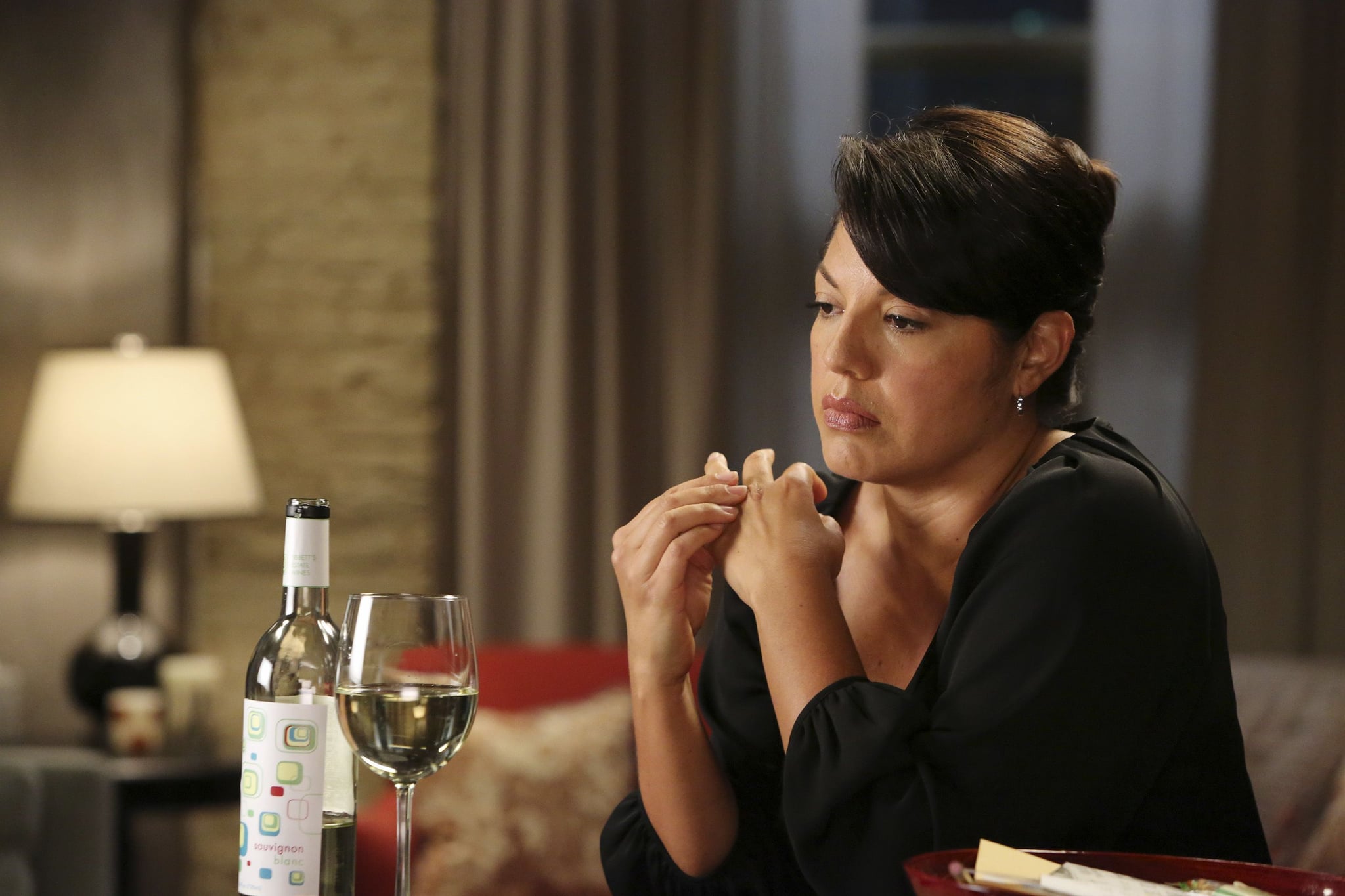 As time ticks away, it's hard not to obsess over the exits of April and Arizona on Grey's Anatomy. We are fast approaching the season 14 finale, and each passing episode is a reminder that we're about to lose two integral characters. Recently, we've been picking up on some pretty strong vibes relating to how Arizona will say goodbye. With not a lot keeping her in Seattle, we're wondering if she might relocate to New York for the sake of her daughter, Sofia.

Think about it. Her relationship with Carina seems to have fizzled, and while she does have close friends at Grey Sloan, there's one important thing that presents a pressing issue: Sofia, the daughter she shares with Callie Torres (Sara Ramirez), is having a pretty rough time. Sofia's struggles were brought to the forefront in a fairly recent episode, and according to a new synopsis from ABC, it will happen again. In the upcoming April 26 episode, "Arizona decides to spend more time with Sofia, who is having a hard time at school." It seems high time for Arizona to make a major shift in her priorities. And what better way to help Sofia than to unite the whole family again? Obviously, this is where Callie comes in.

How high are the chances of Ramirez returning as a special guest star? As it turns out, they're surprisingly high. Our hopes are pinned on a brief interview with executive producer Debbie Allen in August 2017. Allen, who also plays Catherine Avery on Grey's, actually said there were "no plans at the moment" to bring Callie back, but she noted that the cast and production team "love her, and we miss her." Considering she said that almost a full year ago, could things have changed since then? What's more is that Ramirez still has a great relationship with creator and showrunner Shonda Rhimes. "Shonda has been so incredible to work for," Ramirez said at the time of her final appearance in season 12. "We will definitely continue our conversations."

From the sound of it, this is one door Grey's has kept open. And just like Callie's possible return, I would imagine Arizona's exit also was not on the books way back in August 2017. Since Ramirez is keen on "continuing conversations" with the Grey's crew, it's not out of the question to wonder if they called her to come back, just to help Arizona transfer to NYC. She wouldn't even have to come to Seattle! All we need is one major scene where Arizona shows up in NYC and tells Callie her story. Wouldn't it be great to see them together one last time?