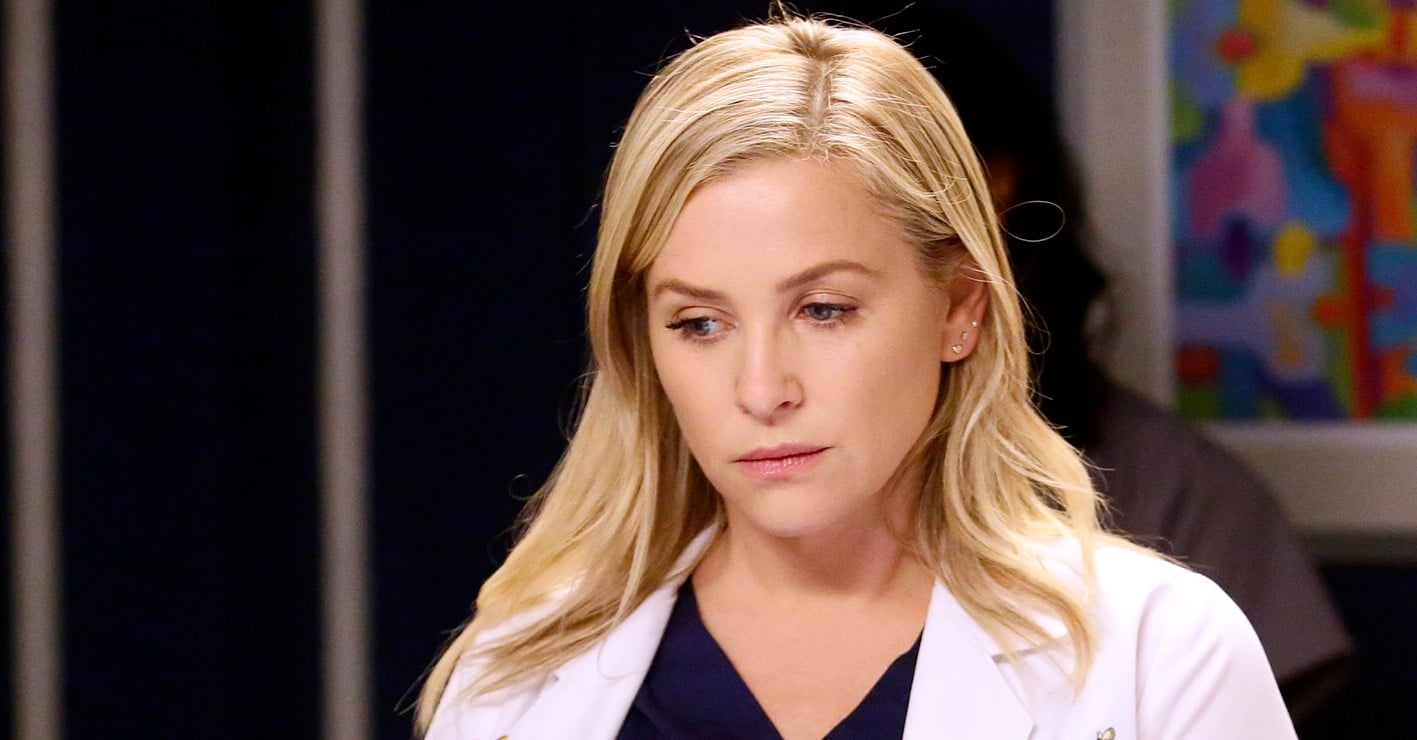 We've known about Arizona's exit on Grey's Anatomy for quite some time now. In the weeks since the news first broke, we've carefully considered the many possible ways she could leave the show. As time rolls on toward the inevitable season 14 finale, though, one possibility seems to be sticking out more than the others.

Luckily for us, it does seem like at least one of the two exits — April Kepner's departure is the other, of course — will be a happy one. Kevin McKidd, who plays Owen Hunt on the show, teased a "very celebratory" finale. Though Ellen Pompeo said it was "devastating" and made us worry about an impending death, she also said there was "a side of absurdity," which makes us think it will be lighthearted as well. A yin and yang, if you will.

This, of course, brings us back around to the original question: how will it all go down? If you've been paying attention to Arizona's storyline in the past handful of episodes, it seems like one obvious answer keeps popping up. It all starts with a recent episode in which Sofia (Callie and Arizona's daughter) is pretty bummed out. She's sad. She doesn't want to go to school. She misses her other mom. To cheer her up, Arizona lets her play hooky and takes her to work. At the end of the episode, she agrees to plan a fun adventure day for the two of them. In the wake of this episode, I found myself wondering if Arizona is feeling a shift in priorities. Maybe she wants to take a break from work and focus on being a mom.

A few episodes later, a shifty doctor gives her a fake cancer diagnosis, but for a second, she thinks it's real. You can see Arizona is visibly panicked and freaking out until April tells her it's a false alarm. Maybe this mini panic rewired Arizona in some way and reaffirmed to her the importance of "seizing the day." Could Arizona leave Seattle to make sure she's living life to the fullest? When you combine this scare with her obvious feelings of guilt over Sofia's sadness, it's a pretty convincing scenario.

But wait! There's one other piece to this puzzle! ABC has just released the description for episode 21, which will air on April 26. Among the many things we can expect from the hour, this one sticks out: "Arizona decides to spend more time with Sofia, who is having a hard time at school." Here, we have another episode that focuses on Sofia's struggles. But could her sadness be a sign of something deeper? Maybe she really misses Callie, and Arizona will have to reckon with that.

At this point, the easiest way for Arizona to exit the show is by moving to NYC. It would certainly align with all the focus on Sofia. Moving to NYC would be the payoff of Sofia's sadness and Arizona's urge to move on to greater things. It's also a way to get her out of the show without killing her or doing something completely devastating. There are a couple of fun ways this could play out: maybe Callie (Sara Ramirez) will come back as a special guest star, and maybe we'll get the reunion of a lifetime. One thing's for sure, though: this is the best way for Arizona to go.