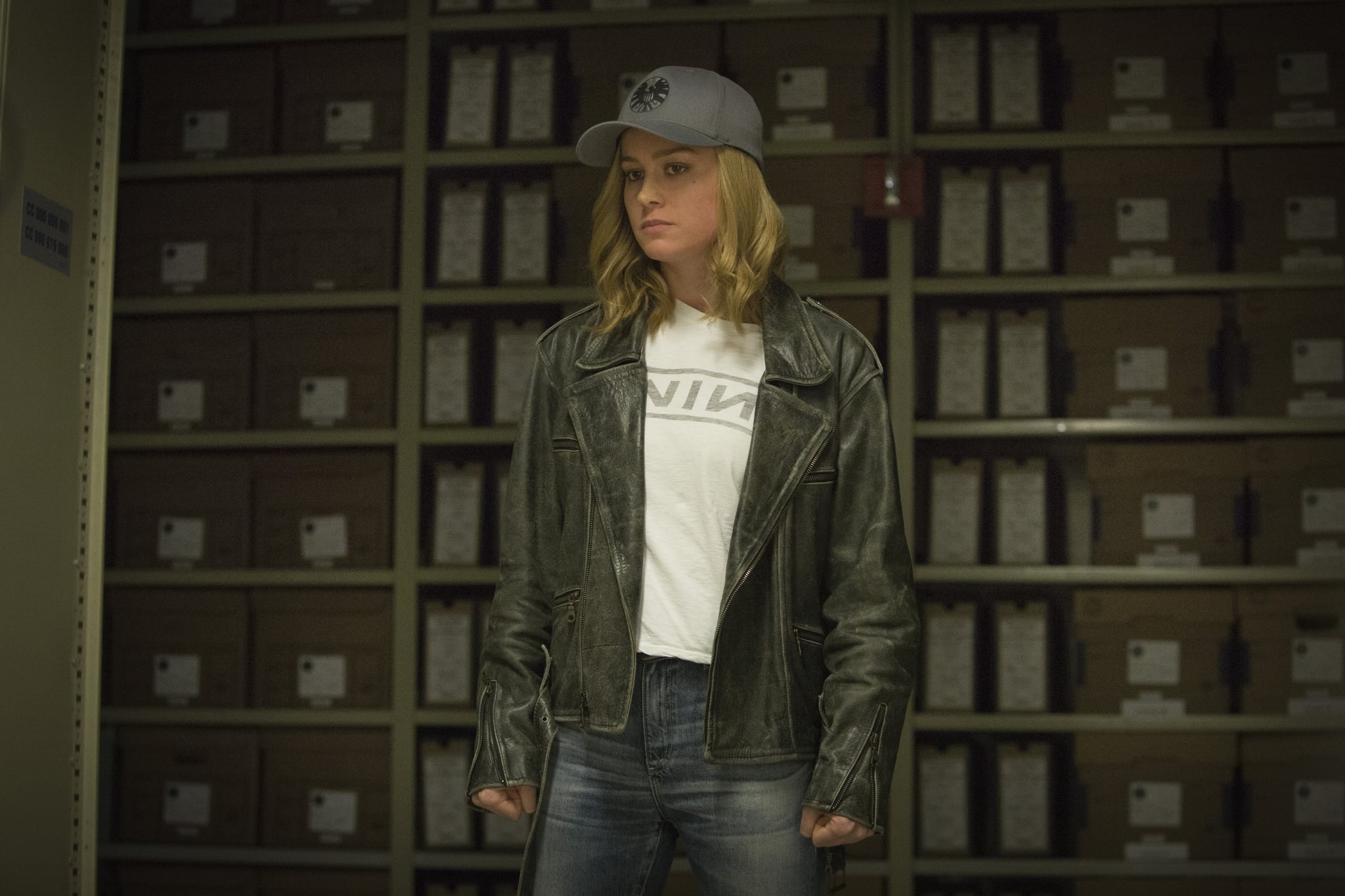 Ever since Avengers: Infinity War scarred us all with its depressing ending but then gave us hope with that postcredits scene, everyone has been eager to know more about Captain Marvel — the movie and the hero. She's poised to kick ass and be the Avengers' saving grace when it comes to defeating Thanos, so it's fair to say that she's a big deal.

Captain Marvel, aka Carol Danvers, is a former Air Force pilot and intelligence agent who begins working as a NASA security officer. She becomes Captain Marvel after gaining powers from a Kree device known as the Psyche-Magnitron. According to Marvel's official bio, her powers include flight, enhanced strength, durability, and the ability to shoot concussive energy bursts. In the comics those powers are all innate, meaning that Carol doesn't have any special gadgets or accessories that allow her to utilize them like Tony Stark has the Iron Man suit. But the question bears asking: If Carol has natural Kree abilities from a Kree machine, is she Kree or human?

The short, basic answer is yes, she's human. As Marvel president Kevin Feige said of the movie iteration, "Her origins are very much Earthbound, but her adventures and power base come from the cosmic realm." Carol is a human who was born on Earth to a very human family. However, the more involved answer is that she is human and also she isn't. She was fully human while in the Air Force and while working with NASA. However, the Psyche-Magnitron that gave her abilities changed her DNA to do so, making her a human-Kree hybrid. So she is a human, with the extra trimmings of Kree physiology that makes her superhuman.

Luckily we'll get to know even more about Carol when Captain Marvel hits theaters in March. Judging by the amazing trailer, we have a lot to look forward to!