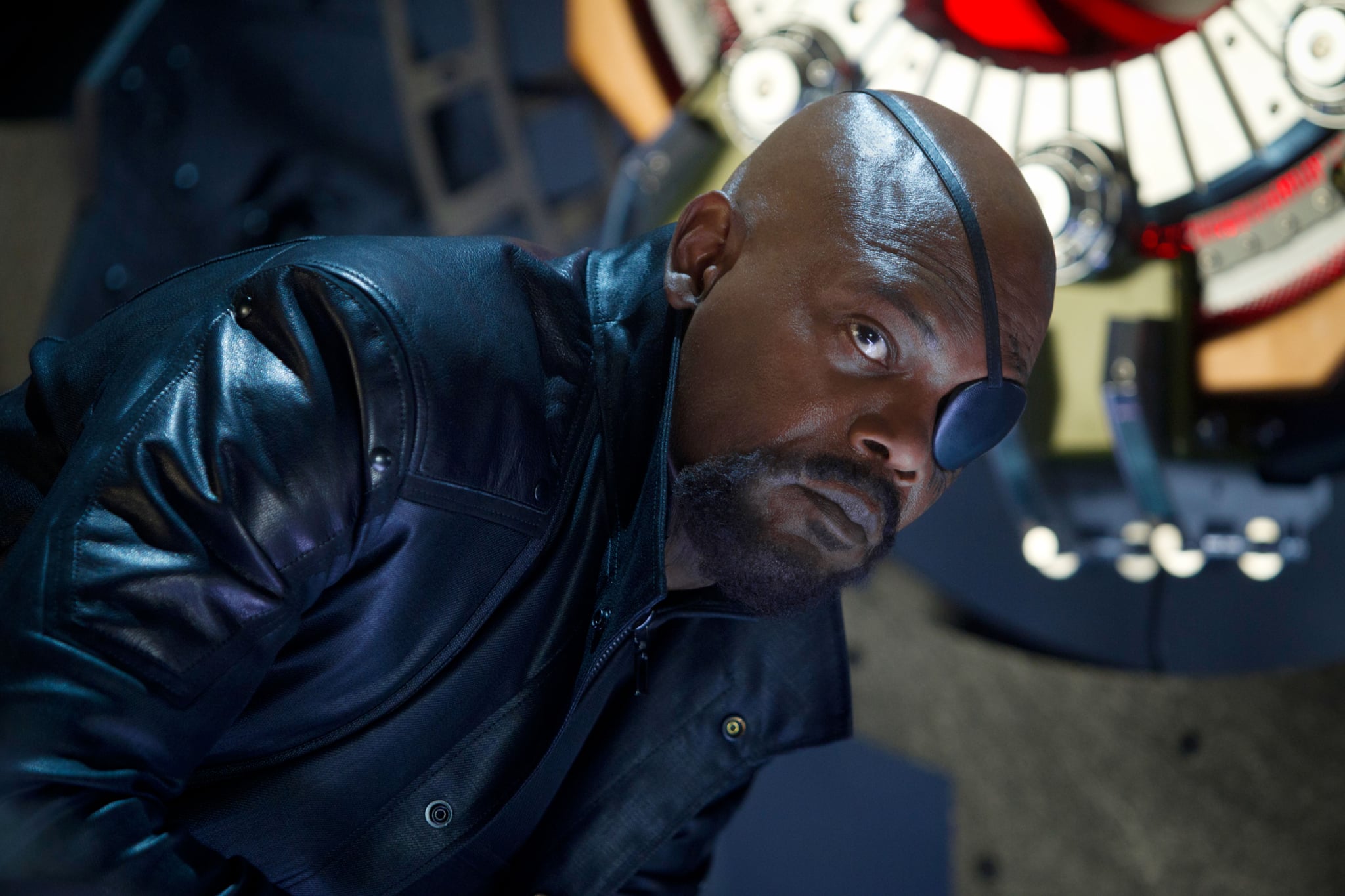 Warning: Spoilers for the very, very end of Avengers: Infinity War below!

After what's felt like a handful of eternities, Avengers: Infinity War has finally arrived in theaters. Luckily, the epic team-up film was worth the wait, thanks to a story that's simultaneously tragic and entertaining as hell. Over the course of two-and-a-half hours (pro-tip: don't buy a large soda at the concessions stand), we get to watch the Avengers take on the universe's most-feared (and most purple) villain, Thanos, as well as lose some from their own ranks. Thank goodness it's so good, because it's also exhausting. That being said, your time in the theater isn't over when the credits start to roll — there's an extra scene waiting for you, and it's pretty damn important.

To give you some context, the end of Infinity War wraps up on a heartbreaking note: Thanos fulfills his mission by obtaining all six powerful Infinity Stones and placing them in his Infinity Gauntlet (the golden glove he wears on one of his massive hands), which enables him to vaporize half of the universe's population with a literal snap of his fingers. That means some of our beloved Avengers turn to dust before our eyes, including two in the postcredits scene.

Once all of the credits scroll by — seriously, do not get that large soda, you have a very long wait ahead of you — a scene featuring S.H.I.E.L.D.'s Nick Fury (Samuel L. Jackson) and Maria Hill (Cobie Smulders) begins. The pair of them are driving through a city in a large SUV when suddenly the car in front of them crashes. Maria gets out to inspect what happened, but no one is in the driver's seat. Suddenly the rest of the city starts coming down around them as people begin turning to dust as a result of Thanos's snap (think: falling helicopters, explosions, screaming, etc.). Maria vanishes, and before Nick suffers the same fate, he manages to get a call out on his phone. All we see, however, is a red, white, and blue logo on the phone's screen when it drops to the ground.

So, what does it mean? Well, it turns out that's Captain Marvel's insignia. The film starring Brie Larson is on the way, which means we're one step closer to getting to see Carol Danvers in action.