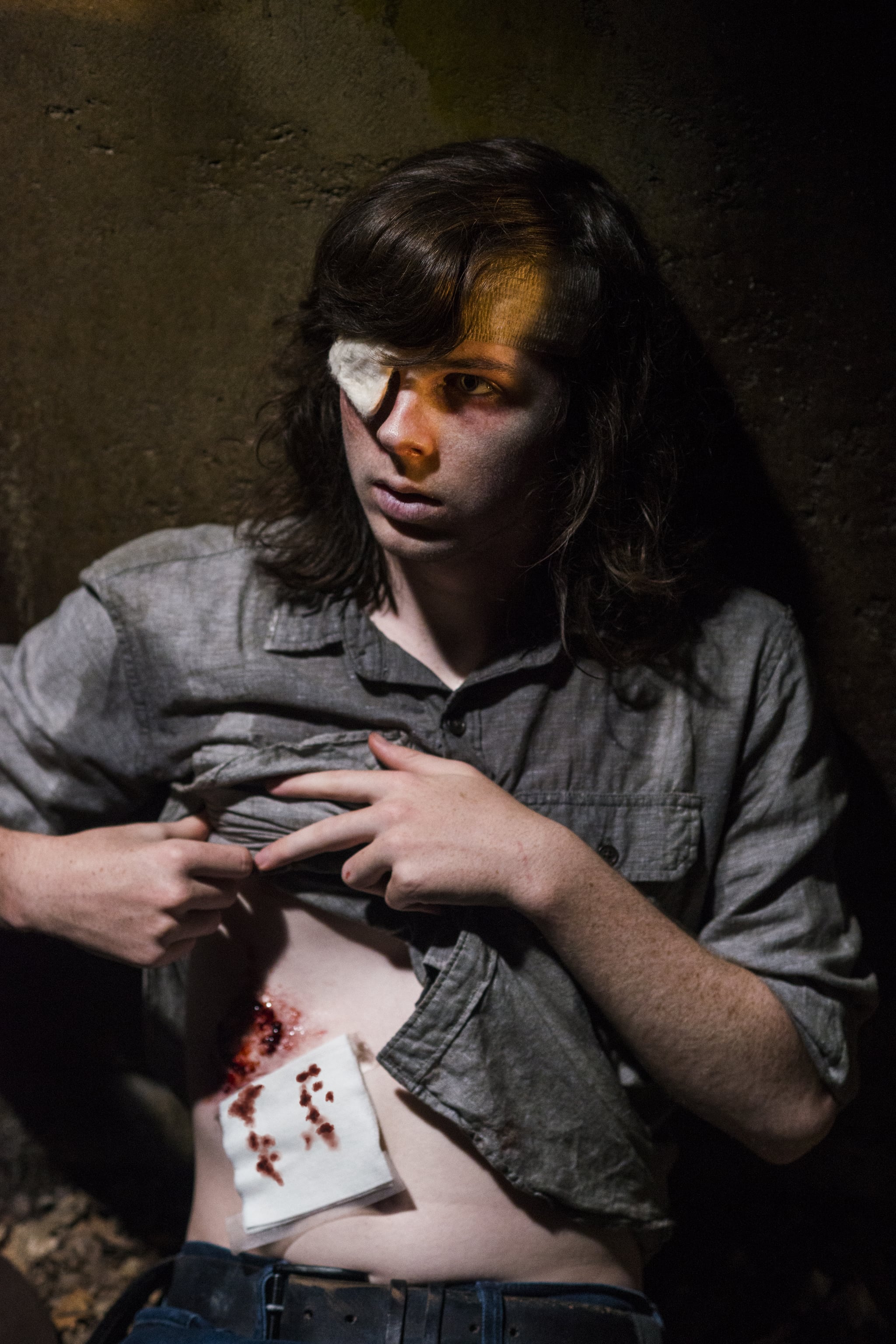 By now, it's pretty much confirmed that Carl will kick the bucket when The Walking Dead returns on Feb. 25. If you've been living under a rock or just haven't caught up, though, let us remind you: In the Winter season finale it was revealed that Rick's eldest took a nasty bite to the gut, and now his days are numbered. But one part of the storyline that has left many fans confused is the question of when, exactly, Carl was bitten by this walker.

If you found yourself rewinding the episode over and over again in search of the moment (myself included), there's a rational explanation for why you could never find it. The scene actually happens in episode six, "The King, the Widow, and Rick," and not in the Winter finale episode. Even when the fatal bite does go down — it happens while Carl is leading a new character named Siddiq back to Alexandria through the woods when suddenly they're attacked by walkers — it plays out so quickly that it's easy to have missed it. Carl also doesn't appear to be injured in the scuffle.

Plenty of Walking Dead fans have been vocal about how they think Carl's big moment was trivialized onscreen, and they're certainly not the only ones. The irony of it all was not lost on actor Chandler Riggs, who's played Carl on the show since the season one premiere in 2010. As one of the AMC zombie drama's only remaining original cast members, you'd think his character being bitten would be deserving of more screentime. Riggs tweeted about Carl's untimely death (his character is still very much alive in the comic books; he even has a girlfriend and loses his virginity in the series), writing:

Burn. Now that we have clarity on when Carl was bitten, we can mentally prepare to say goodbye. Let's just hope the writers give him a death that is worthy of the heroic character he has proven himself to be.

TV
"LOTR: The Rings of Power" Is Adding 14 New Cast Members in Season 2
by Simrin Purhar 22 hours ago

by Joely Chilcott 23 minutes ago