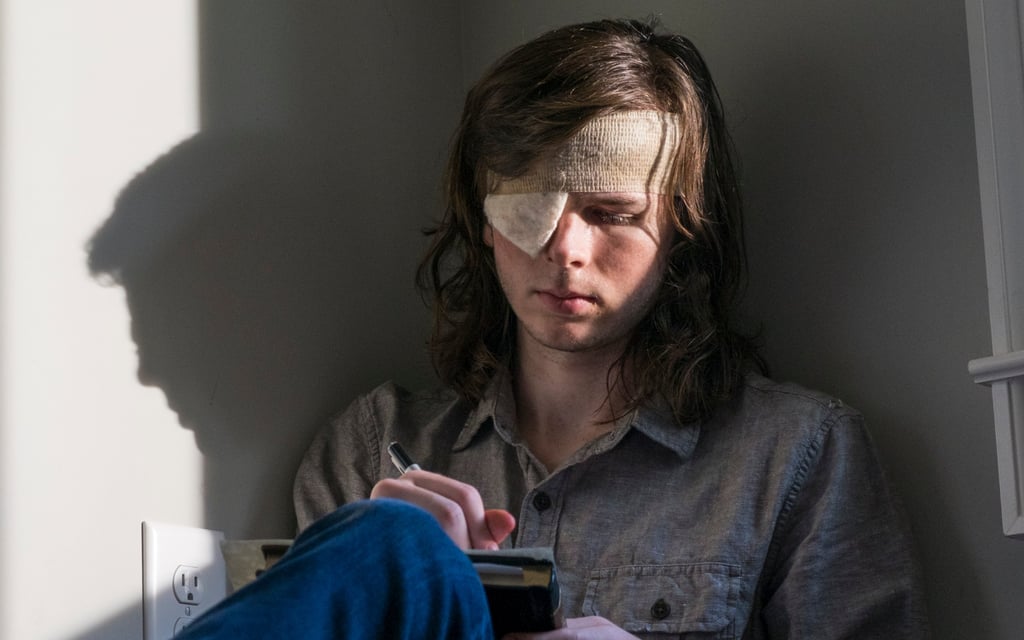 The doomed hour has arrived on The Walking Dead. Unless you've been living under a rock for the past couple of months, then you've likely been mentally preparing for the show's Feb. 25 Winter premiere, which is all about the death of Carl Grimes. The death was so shocking and surprising, both Chandler Riggs (who plays Carl) and his father immediately came out with strong reactions just after the episode aired. And the heartbreak only continued from there: Norman Reedus (who plays Daryl) was clearly frustrated when he asked, "Who's left?" Danai Gurira (Michonne) said she was absolutely devastated. But like it or not, Carl is dying. And based on the promotional pictures for the premiere, I think I know how it will all go down.