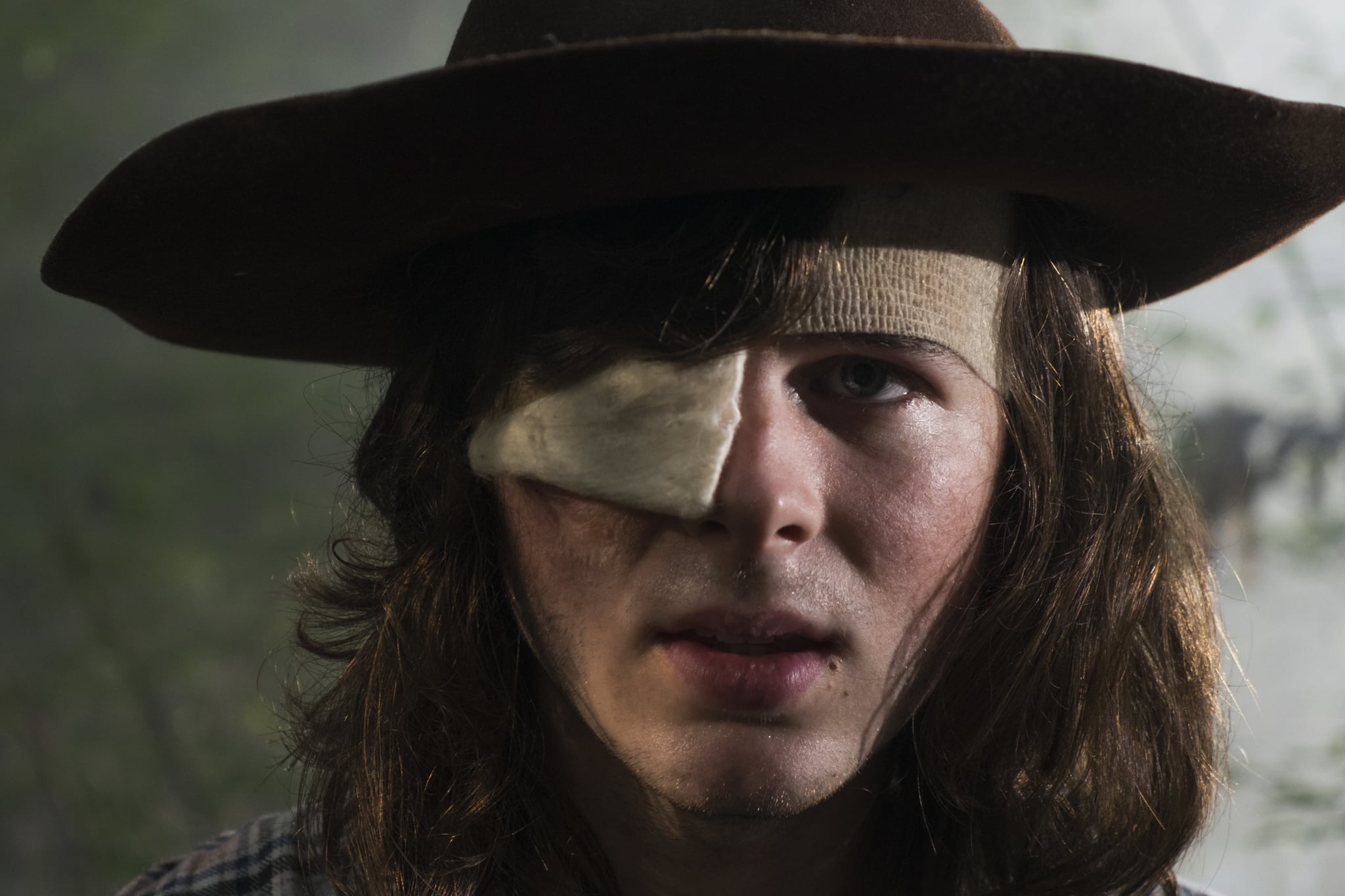 The Walking Dead shocked fans and its own cast alike by deciding to kill off Carl Grimes by way of an unseen walker bite after allowing the poor kid to survive so many other dangers along the way.

There's no doubt the forthcoming episode devoted to his end will be brutal for papa Rick and everyone at home, and perhaps one of the reasons his fate has everyone so worked up is that it doesn't even come close to what's going on with Carl in the comics.

TV's The Walking Dead is still playing catch-up with Robert Kirkman's drawn version of the walker world, and in the comics, Carl is not only still alive and well — albeit, still sporting one eye — but he's just survived another serious skirmish with the Whisperers who arrive as the major enemies of the Alexandrian allies long after the all-out battle with Negan is through.

Related:
7 Reasons You Should Stop Hating Carl on The Walking Dead

In other words, if The Walking Dead were pulling from the page, Carl would be helping to pick up the pieces from another character's loss (in the comics, it's his pseudo-mother figure Andrea who perishes) rather than revealing his own impending doom to his long-suffering dad.

Even more upsetting is the fact that TV Carl is now going to miss out on several of his paginated alter ego's biggest opportunities to arrive as a grown-up hero and will instead forever be immortalized as the kid who just wouldn't listen to his father. Oof. We can hear the "Justice for Carl" hashtags cooking up now.