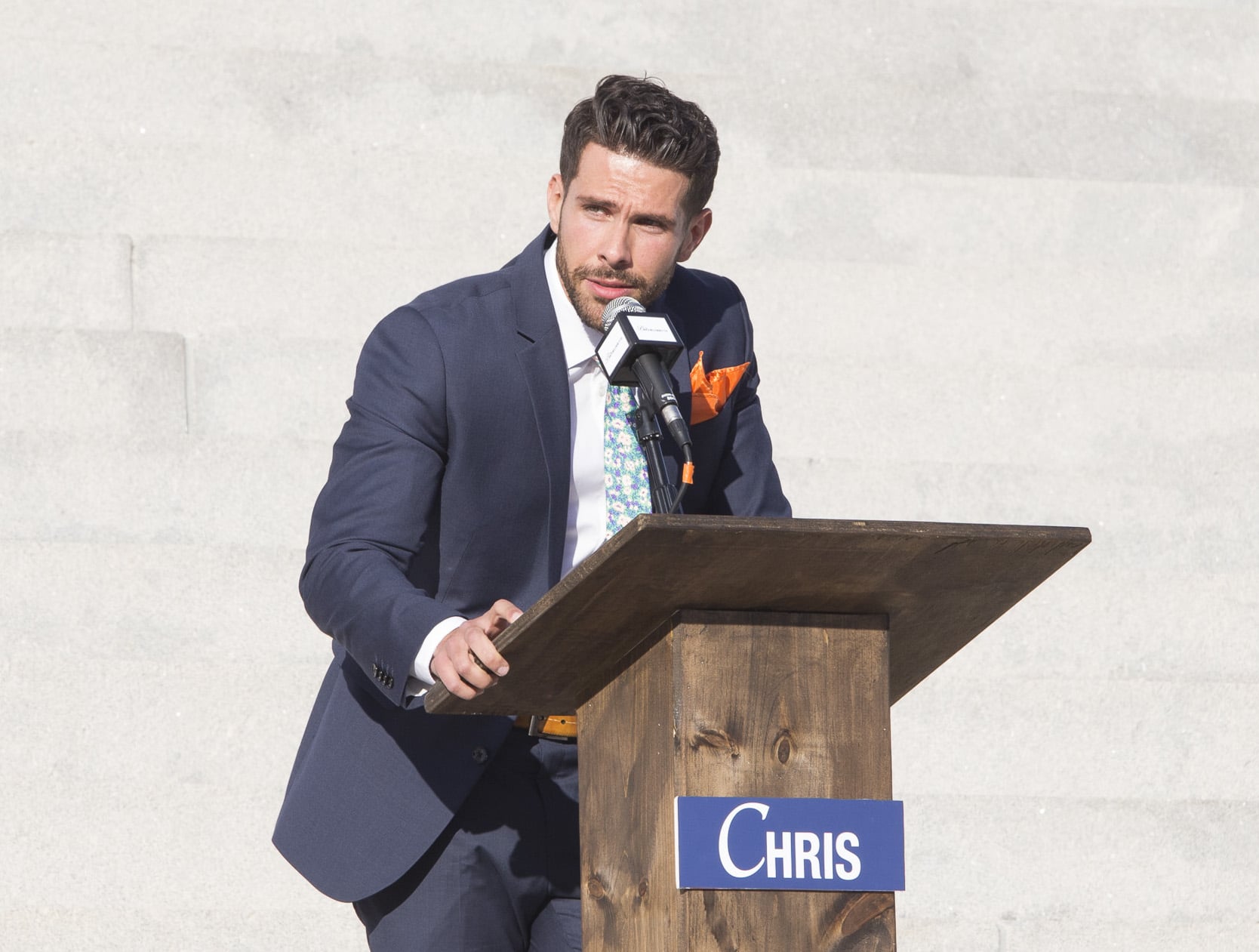 Jordan Kimball may have initially been dubbed the villain of The Bachelorette this season, but as soon as the 26-year-old male model left the competition, Chris Randone swooped in and promptly snatched that title right from Jordan's well-manicured fingers. The 30-year-old New York native started the competition strong by developing a solid foundation with Becca Kufrin, but his true colors started to show once the fifth episode rolled around.

When the men take a trip to Las Vegas, Becca ends a group date before getting one-on-one time with Chris, which results in him standoffishly arguing that she "owes" him "50,000 kisses." Um, gross. He somehow makes it through the rose ceremony and into the following week, only to royally eff up things even more by ruining a group date "debate" in Richmond. Later on that evening, Chris randomly shows up at Becca's hotel room to declare that he's willing to "fight" for her affection, but she quickly realizes they're not on the same page, prompting her to send him packing.

Related:
44 Tweets About Chris on The Bachelorette That Will Make You Permanently Cringe

The night of his departure from the show, Chris took to Instagram to open up about his horrendous behavior and send Becca a much-needed apology for what went down during season 14. "Now that my journey has concluded and going through the thousands of hate mail, death threats, and negative comments made about my mother, I finally found it within myself to post a response," Chris began in a lengthy post. He admitted that he's "not mad" at the hate he's been getting from Bachelor Nation because it's been "a nightmare" for him to watch the show back week after week.

"I finally watched the episodes from the eye of a viewer and I understand why all these negative things were said. Just like you, I could barely watch the latest episodes in full without cringing and I'm truly sorry you had to endure that pain alongside with me," Chris explained. After announcing that he takes "full responsibility" for his actions, he added that he "spiraled down" and "let [his] emotions get the best of [him]."

"Thinking I was entitled was not only embarrassing but a disgusting mindset."

"Knowing how strong minded I am and to see how weak I was really disappointed me. Yes, I was on a reality tv show and the dynamic is completely different than the real world but no matter what, you still have control. I lost control . . . Thinking I was entitled was not only embarrassing but a disgusting mindset." Well, we're certainly not gonna disagree with that one.

Related:
We Did the Creeping For You and Found Becca's Bachelorette Contestants on Social Media

After going on and on about his vows to become a "better version" of himself, Chris added in an apology directed at Becca. "I'm extremely sorry. I know you're not the greatest fan of me at the moment but you're an incredible person and I'm happy to know you found someone that's amazing."

Yes, Chris's reflection and apology certainly sound sincere on paper, but we're guessing it's all intended to smooth things over with Bachelor Nation before he arrives on the Bachelor in Paradise set in a few weeks. Catch ya in Mexico, Chris!