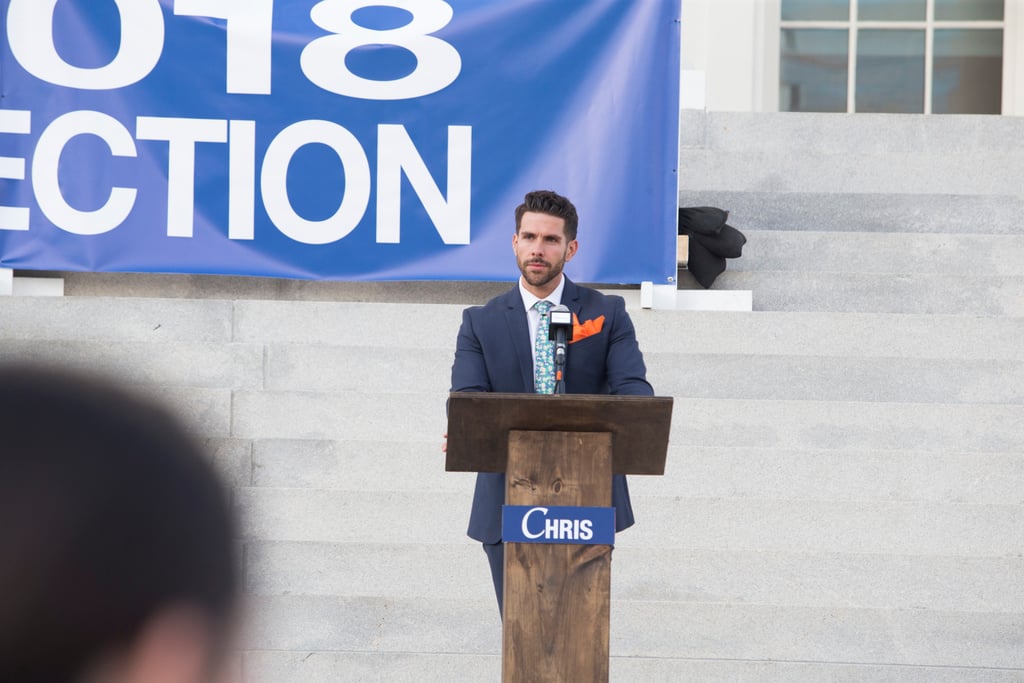 Just when you think The Bachelorette has pushed our tolerance for secondhand embarrassment to the absolute limit, something else — or rather, someone else — strikes. After suffering through bunk-bed injuries, golden underwear, and that whole Jean Blanc fiasco, Becca Kufrin's season of the reality show truly stepped its cringe-worthy game up during the fifth and sixth episodes thanks to Chris.

In the fifth episode, Becca takes her suitors to Las Vegas, where Chris gives what he feels is a Grammy Award-worthy performance in front of Becca and Wayne Newton (no dramatic reality show storyline is complete without Wayne Newton, obviously) on a group date. Chris then decides that he isn't going to chase after Becca on said group date — he'll let her come to him. So, how's that plan work out? Not great.

Becca finds him standoffish, and he later comes begging for her forgiveness . . . as well as "50,000 kisses." (Because if your Wayne Newton impression doesn't win over a lady, being creepily possessive usually does the trick!) Becca, to her credit, isn't having any of it and tells him he's "frustrating" her before rightly brushing him off entirely. He tries to fix the situation again by interrupting her private time with Wills, which goes over about as well as you'd think (spoiler alert: NOT WELL).

Miraculously, Chris does make it out of the episode with a rose, only to screw things up even further in episode six. After some immature verbal spats with Lincoln and a group date "debate" that Becca later calls "embarrassing," Chris decides to write a lengthy letter (in an ominously dark room) and show up at Becca's hotel room unannounced. Fortunately that's the last straw for her, and she sends him packing.

He might have been eliminated, but that doesn't mean Bachelor Nation is done letting him have it on Twitter. Especially since he's headed to Bachelor in Paradise next. Check out the most hilarious observations about Chris ahead.

Related:
We Did the Creeping For You and Found Becca's Bachelorette Contestants on Social Media
Previous Next Start Slideshow
The BacheloretteTVTwitterBecca Kufrin