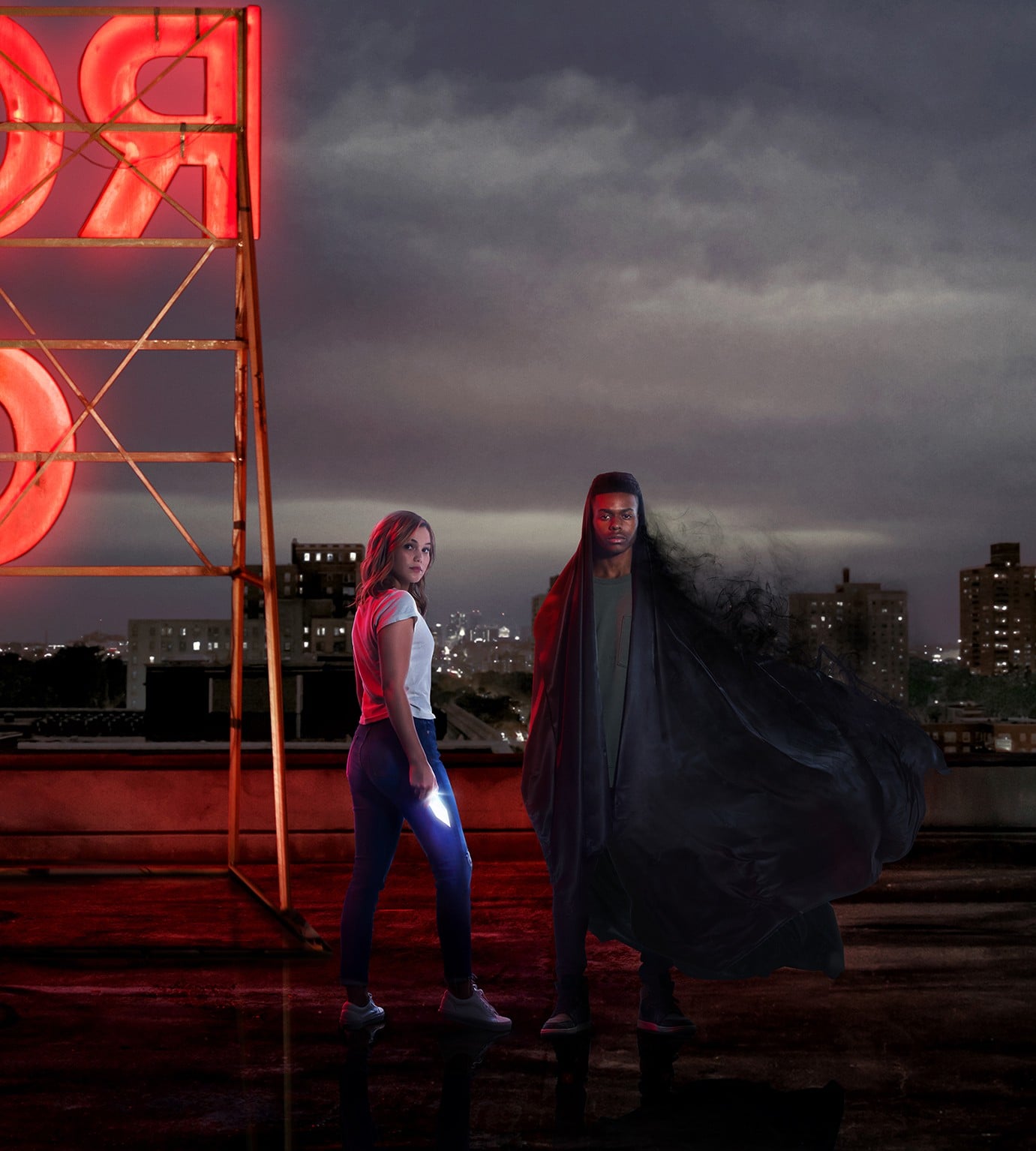 Do you ever see a trailer and just know in your bones that a show is going to be special? It's how I felt about A Handmaid's Tale and Westworld and This Is Us before they premiered . . . and it's also how I've felt about Freeform's upcoming Marvel series, Cloak & Dagger, since I saw the very first sneak peek.

As a comics reader and a teen drama TV enthusiast — it's my guilty pleasure, OK? — the show's "Romeo and Juliet, but in a superhero universe" vibe is one that gives me the special gut feeling that it's going to be big. Here's everything you need to know about the show that will undoubtedly become your new obsession when it starts on June 7.

"Tandy Bowen and Tyrone Johnson come from starkly different backgrounds, each growing up with a secret they never dared share with another soul," Freeform describes of Cloak & Dagger, which is based on cult-favorite Marvel comic characters of the same name. The series will follow Tandy and Tyrone as they realize secret superpowers stemming from a tragic storm that rocked their worlds as children . . . and they'll discover how they balance each other as heroes and as regular teenagers. While Tandy's power to emit light daggers and Tyrone's ability to shroud others in darkness provide some complications for their everyday lives, their undeniable feelings for each other will unearth a whole different set of obstacles for their new role as heroes and for their budding romance.

When does it start?

The show is slated for a two-hour premiere on Freeform on June 7, 2018.

What are people saying about it?

First reviews from screeners at SXSW and WonderCon are calling Cloak & Dagger a must watch — if nothing else, for the chemistry between Holt and Joseph. And knowing Freeform's knack for addictive teen dramas, we've got high hopes based on these first looks at the series.

A sneak peek of the pilot:

Netflix
Will The Watcher Ever Be Revealed? Everything We Know About Season 2
by Megan Hippler 1 hour ago

TV
"TSLOCG"'s Ilia Isorelýs Paulino on Playing Lila: "It's So Exciting to See Full Women Characters Having Fun"
by Njera Perkins 1 hour ago