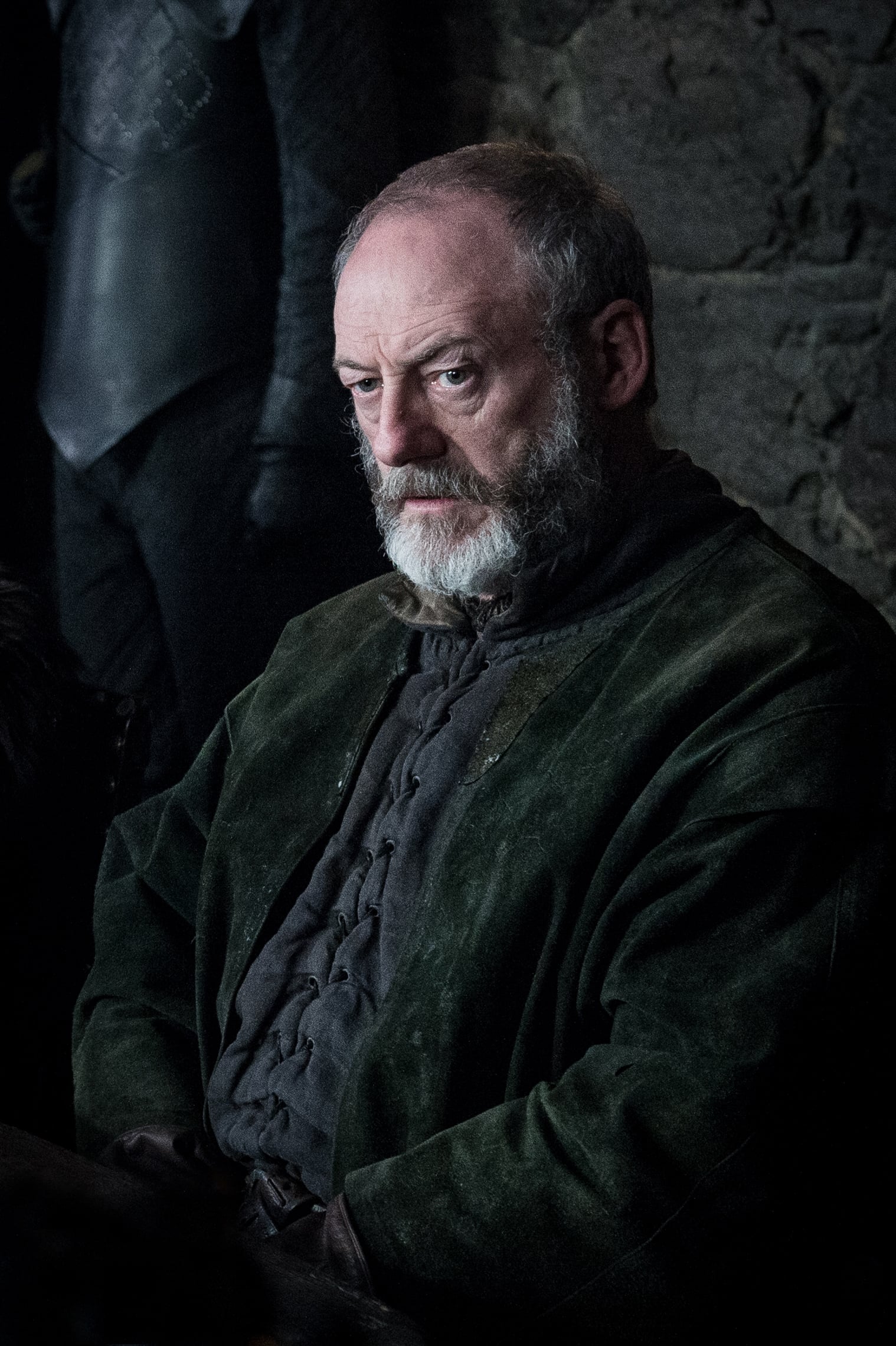 Game of Thrones serves us a number of horrific deaths over the course of the eighth season's third episode, but the one that carries the most weight — at least for Ser Davos Seaworth — is the death of Melisandre the Red Woman. The two have known each other since the second season when King Stannis Baratheon, to whom Davos is a loyal vassal aka military aide, converts to the R'hllor faith and pledges his loyalty to the Lord of Light.

As a result, the Red Priestess takes on an advisory role in the Baratheon camp. Her first major act as both counsel and prophet is to burn the statues of the Seven outside Dragonstone. She believes the act will lead to Stannis drawing a flaming sword (known as Lightbrighter) from one of the statues. She furthers considers the act is a sign that Stannis has been chosen by the Lord of Light as the Prince Who Was Promised or bringer of the light when the world faces its next Long Night — and more importantly, the move will show he's worthy of taking over the leadership of Westeros. Davos is skeptical but does not raise his concerns with Stannis because he is agnostic and has no mind for religious matters.

But when Stannis reveals that Melisandre may be pregnant and asks Davos to accompany her to a safe place, Davos witnesses the Red Woman give birth to a dark shadow that kills Renly Baratheon, Stannis's younger brother and one of the many who hold a claim to the Iron Throne. In witnessing this dastardly deed, Davos is convinced that the Red Woman is a negative influence on Stannis. The two men reach an agreement to distance themselves from the Red Priestess for awhile, and Stannis names Davos commander of his fleet for the assault on Blackwater Bay, a trial run for an attack on King's Landing. The siege proves disastrous, and Stannis loses most of his fleet. 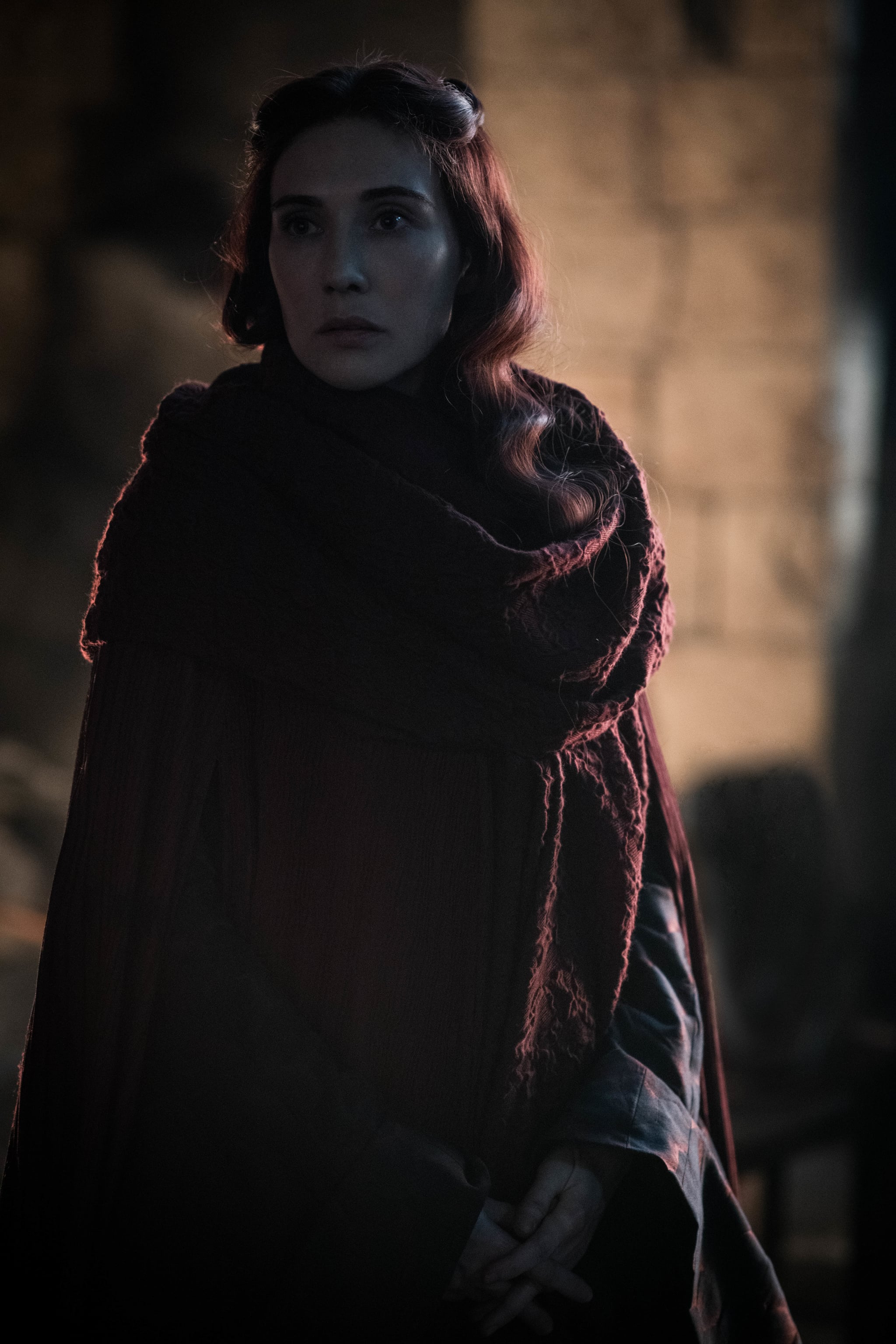 As time wears on, and we roll along to season five, Stannis suffers another setback at the hands of Ramsay Bolton, who destroys his camp's supplies and several men in a surprise attack. In the wake of this event, the relationship between Davos and his commander grows brittle, and the Red Woman's power over Stannis regains its hold. With their forces depleted, Stannis asks Davos to travel to Castle Black and request aid from the Night's Watch. Initially, Davos is hesitant because of his growing distrust of Melisandre, who has proposed sacrificing Stannis's daughter Shireen to the Lord of Light for luck in battle.

But once again, Davos remains loyal and travels to the wall while the Red Woman stays behind. She convinces Stannis to do the unthinkable — burn his daughter, with whom Davos shares a sweet bond, at the stake.

It's not until the end of the sixth season that Davos finds out the truth of what happens to Shireen. He finds one of her tiny wooden sculptures among the rubble of their old camp. By that time, Stannis has been defeated by Ramsay's army and killed by Brienne of Tarth for his role in Renly Baratheon's death. Davos confronts Melisandre, who arrives at Castle Black when she discovers that without Stannis she has nowhere else to go. She confesses her misdeeds, and Davos ask Lord Commander Jon Snow to execute her as a murderer. Jon decides it is better that he simply banish her from the North. However, before she leaves, Davos warns her he will kill her if he ever sees her again.

So when the Red Priestess arrives at Winterfell for the Great War still intent on using her magic and speaking in prophecies, Davos is rightly perturbed. Luckily for everyone, he doesn't follow through with his death threat because Melisandre not only lights those trenches to buy the warriors of Winterfell a few precious moments to fall back but she also gives Arya the push she needs to destroy the Night King.

Both acts make Melisandre's self-imposed death bittersweet for Davos, who knows she's in some ways redeemed herself but that, ultimately, her suicide is justified.