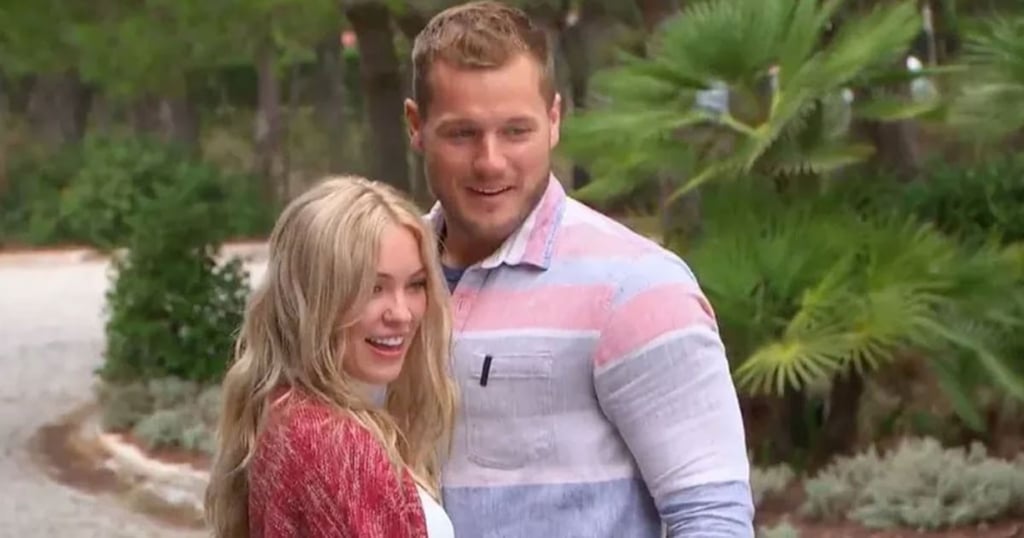 Did Cassie and Colton Get Their Happily Ever After on The Bachelor? Here's What Went Down

After a very rocky road to love over the last few weeks on The Bachelor, Colton Underwood finally narrowed down the competition to one woman during part two of the season finale: Cassie Randolph! If you've been watching the former NFL player's season from the start, hopefully his top choice shouldn't come as a surprise. Like, at all.

As a reminder, Colton showed a strong interest in Cassie from the moment she stepped out of the limo and presented him with a literal case of the butterflies on the very first night. The move earned her a rose, and the rest of their one-on-one dates throughout the season made it painfully obvious just how much Colton, 27, was into the 23-year-old aspiring speech pathologist. They had chemistry to spare, but in the end, it wasn't enough to save them from a few devastating setbacks.

Related:
You’re Not Crazy! Bachelor Contestants Rarely Eat on Camera For a Reason

During Colton's visit to Cassie's hometown of Huntington Beach, CA, he clashed with her father, who made his doubts about the future of Cassie's relationship with Colton obvious (he also refused to grant Colton his blessing to propose to Cassie). The following week, her dad made an impromptu visit to her hotel room in Portugal to further explain himself, which only muddled Cassie's already-confused feelings about Colton even further. She ended up self-eliminating and shattered Colton's heart in the process; he'd declared his love to her just moments before, saying, "I care for you. I love you. I want it to be you at the end of this."

The heartbreaking end of their date led to Colton's infamous fence jump, and it seemed like the end of the road for Colton and Cassie. However, the season 23 finale confirms that the pair are in it for the long haul, fence or no fence.

After breaking up with both Tayshia and Hannah G., Colton went straight to Cassie to pour his heart out. Although she was certainly shocked by his appearance and told him that she didn't break up with him so that he'd leave the other women, she was quickly won over by his grand gesture.

The pair furthered their relationship in Mallorca, Spain, bonding over a romantic dinner and discussing what they want from each other. In the end, they both decided that despite not ending the season with the usual proposal, they wanted to keep dating to see where things lead. But where did things lead that night? A shared hotel room, of course!

That's right — Colton and Cassie spent the night together. Did he lose his virginity? Well, Colton said "a gentleman never kisses and tells," but they both seemed pretty damn happy about it the morning after. The couple are still together and over the moon about it, as evidenced by their lovey-dovey joint appearance on the "After the Final Rose" special on Tuesday night.

"It's definitely something we've talked about, yeah," Cassie said of any plans for an engagement. "I mean nothing is holding me back right now." Colton also chimed in, saying, "We still have a lot of conversations to have, and room to grow . . . we're having fun dating right now."

The finale ended with Colton giving Cassie a final rose on stage during the special, and Chris Harrison gifted the couple with a lavish vacation in Thailand (as well as an impromptu performance by "legendary band" Air Supply).

If you're still recovering from the shock of Colton and Cassie's ups and downs, you're definitely not alone — keep reading to see Bachelor Nation's best reactions to the finale, ahead!

TV
Ayo Edebiri Shuts Down Carmy-Sydney Ship on "The Bear": "I Don't Think So"
by Eden Arielle Gordon 8 hours ago