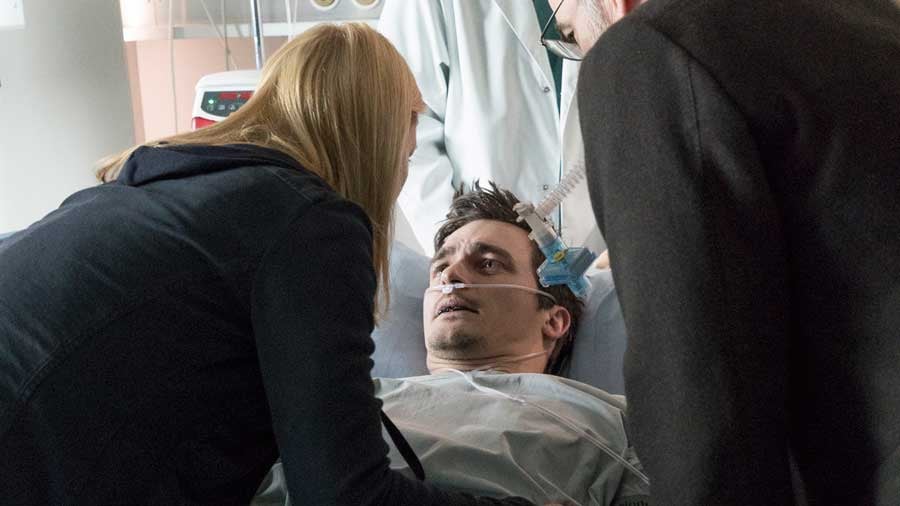 The last few seasons of Homeland have not been kind to Peter Quinn (played excellently by Rupert Friend). If you're tuning in for season seven and can't quite remember exactly what happened to him, here's a guide about Carrie's former partner, who is sadly no longer with us.

Quinn has been a part of Carrie Mathison's world on Homeland since the second season, when he was hired to assassinate Congressman Nicholas Brody (something he never accomplished). But he doesn't become a major player on Carrie and Saul's side until seasons four and five.

On CIA assignment in Islamabad, Quinn saves dozens of American lives during Haissam Haqqani's assault on the US Embassy. Saul later recruits Quinn for a secret assignment to target ISIS agents in Germany. When he infiltrates an ISIS cell and tries to convince them to halt a planned attack, the terrorists turn their chemical weapons on Quinn, leaving him in the hospital with a massive brain hemorrhage. 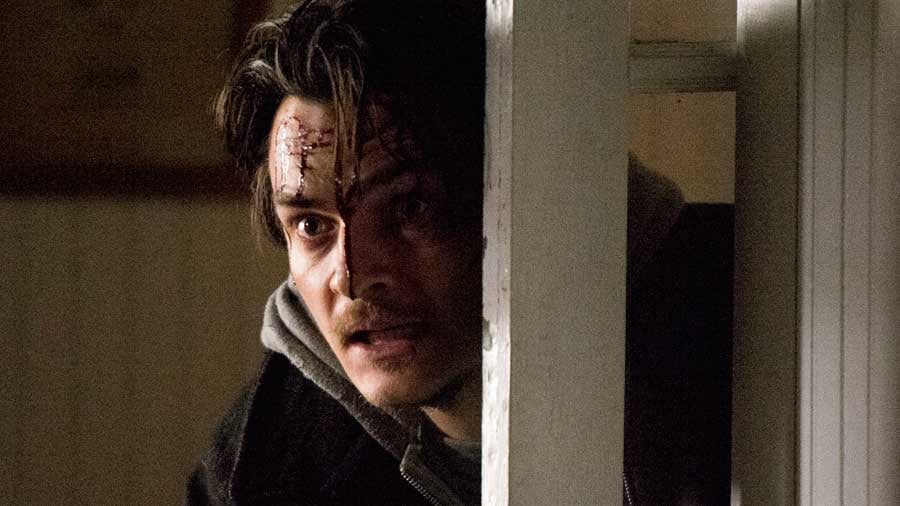 In season six, Quinn recovers from his ordeal in New York, battling both seizures and some serious PTSD. It is because of his struggles that Carrie initially doesn't believe him when he says someone is spying on her house, but eventually she realizes Quinn is right and the two of them work together to uncover this conspiracy that, it turns out, goes all the way to the highest levels of government, with the plan ultimately being to kill President-elect Keane. When Quinn and Carrie rescue Keane from the assassination plot, Quinn is killed in a hail of bullets while driving their getaway vehicle.

Related:
How Will Homeland End? Claire Danes Has a Very Specific Idea

In a small postscript for the character, after Keane's inauguration, Carrie finds an envelope with Quinn's things that contain pictures of his son (whom he has never met) and of Carrie. In an interview with Variety for the season six finale, Friend called his character's end "bittersweet."

"For me it was a modicum for peace for someone who has been through so much, and even though it wasn't their design, could now finally rest," said Friend. "I felt that for him to continue would be almost a bit sadistic. I'm not really sure in what capacity that would make sense. It would be quite a cruel storyline. In a sense, I think his time had come. I had a slight of pre-sentience that his time had come up."

It was a sad but fitting end to a character who had experienced so much tragedy, torture, and pain. In fact, some viewers thought the show should have maybe killed off Quinn at the end of season five, instead of dragging his storyline into season six. But either way, Quinn is gone when season seven begins. Carrie has moved on to Washington DC, working against Keane's unlawful treatment of the intelligence community in response to the attempt on her life.