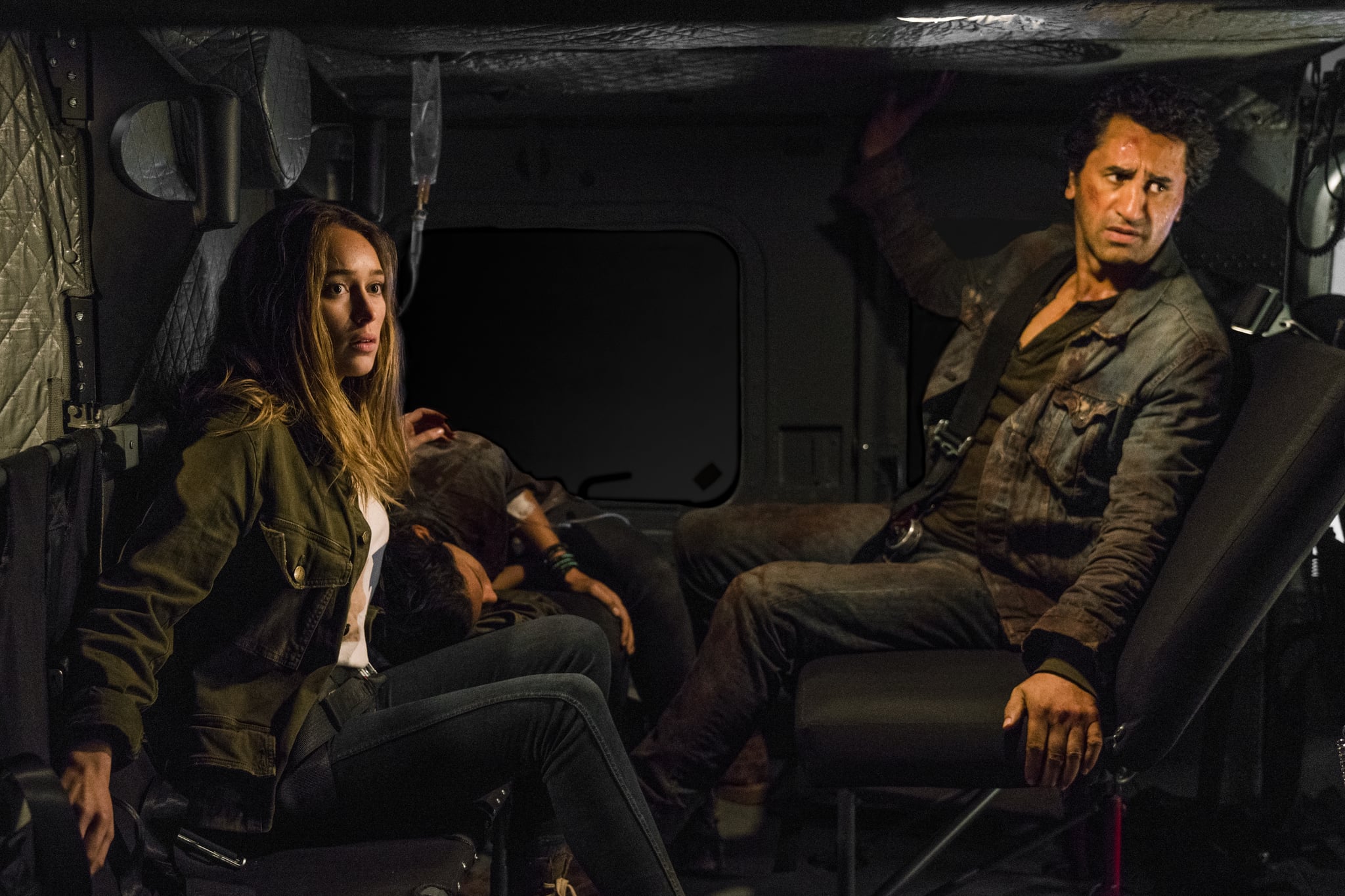 Spoilers for Fear the Walking Dead below!

Fear the Walking Dead has been criticized in the past for moving too slow and the writer's decision not to kill off any of the main characters (with the exception of Chris Manawa and Lisa Ortiz, obviously). That all changed on Sunday night, when the two-part season three premiere resulted in the major, shocking death of Travis Manawa (Cliff Curtis). That family has it rough, huh?

Although Travis is able to claw his way out of a pit of zombies unscathed earlier in the episode, take down a ton of walkers, and save Nick from certain death, he isn't able to escape a bullet to the neck. After carrying Luciana to the helicopter and taking off with Alicia also on board, an unknown someone opens fire below and manages to deal Travis a fatal blow. Despite the gravity of his injury, he has the forethought to realize he's not going to make it and unbuckles his seat belt. He heads towards the chopper door and takes one last look at Alicia (and appears to reveal what looks like a bite mark on his stomach? Maybe that pit escape wasn't as successful as we thought), before throwing himself out of the helicopter to his death so he won't turn on board and harm any of the other passengers.

Since Travis has been an integral part of the story so far and was just starting to become a really interesting character, his bloody demise hit fans hard.

#FearTheWalkingDead Not Travis!! WTH I dropped my phone. DAYUM pic.twitter.com/VkAwk6CAwf

Wow wow wow wow, like seriously what the hell just happened!!! That can't be real. #FearTWD 😳😳😳

The writers of #FTWD really hate the Manawa's. First the ex wife, than the son and now Travis. 😡😡 #FearTWD #FearTheWalkingDead

And the winner for biggest WTF opening goes to #FearTWD

Someone just got Ned Stark'd on #FearTWD

i feel so bad for her, she was panicking after seeing travis falling from the helicopter #FearTWD pic.twitter.com/TTkBd45M8d

As far as Travis is concerned, I'm going to need to see an official death certificate to accept this. #FearTWD pic.twitter.com/ODRkvF62SN

I am literally nauseous. Like, that swallowing before it all comes up, nauseous. Deep breathing, nauseous. #FearTWD

I was not expecting that. #FearTWD pic.twitter.com/OxEuQql8oi

Dear who ever thought it was a bright idea for this season premiere , #FearTWD pic.twitter.com/l8Dvu7Vpzm

What did you think of Fear the Walking Dead's decision to kill off Travis's character?