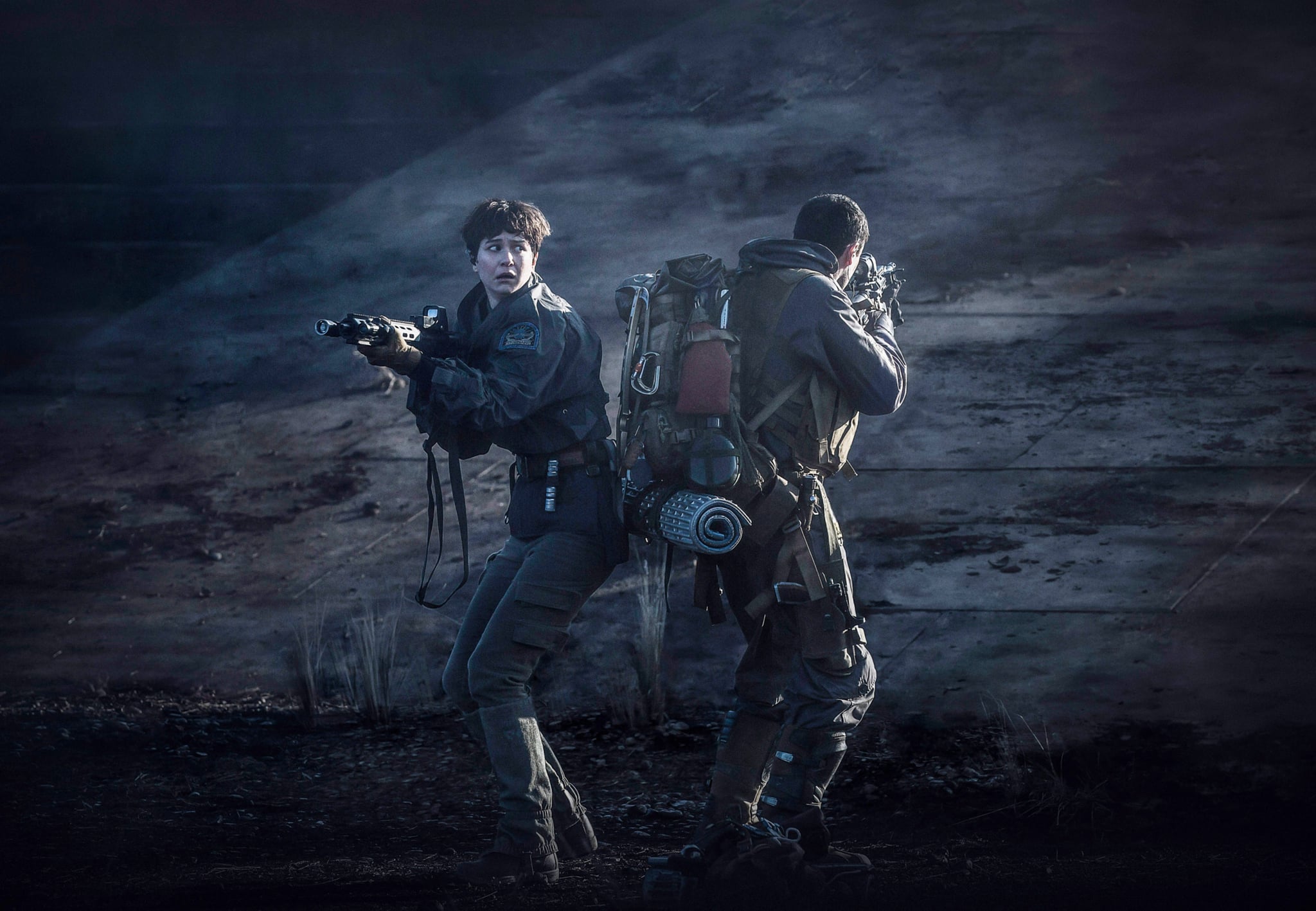 It's been five years since the release of Prometheus, the first of multiple prequels to the iconic Alien film. Nearly 40 years ago, that first film delighted and horrified audiences with the introduction of the malicious and blood-hungry alien race known as Xenomorphs. As the Alien universe continues to grow larger with the release of Alien: Covenant, it's impossible not to look for connections between all the films. Does the new film bring us full circle? Are we finally getting the full picture? Let's break it down.

Before we get to the big answer, let's go over how Alien: Covenant connects to Prometheus. It's pretty simple: Covenant takes place about 10 years after the first film. At the end of Prometheus, we know Elizabeth Shaw (Noomi Rapace) and David (the android played by Michael Fassbender) fly to another planet. They want to find the place where the Engineers (aka the massive human-like beings who created the humans on Earth) lived and not where they conducted their experiments. Seeing as the world in Covenant seems different from the one we see in Prometheus, it's safe to say Shaw and David found what they were looking for. We have clues to confirm it: Covenant's crew finds David and Shaw's ship, and of course, they encounter David himself. So, the biggest connection back to Prometheus is this character. And, of course, the alien monsters (the Xenomorphs) continue to be a thread through all films.

But how does Covenant connect to Alien? Well, it doesn't quite get there . . . yet. Even so, we can begin to see how we might eventually tie everything up. The mission the Alien: Covenant crew is tasked with is to find a new Earth-like planet and colonize it. The hope is to rebuild the human race. It's possible, if the colony mission ends up being a success (we're not entirely sure by the end of the film), that this is where Ripley could come into play. In fact, she could be one of the slumbering colonists on the ship. After all, Prometheus takes place in 2093, and Covenant is in 2104. Alien's setting is the year 2122, so we're only 18 years away from meeting Ripley. In Covenant, we learn there are seven remaining years before the ship reaches the new planet. That puts us at 2111 or 2112, just 10 or 11 years away from the original film. Could the next entry be the final piece of the puzzle? We'll just have to wait and see.

Netflix
For Anyone Wondering, Enola Holmes Takes Place in the 19th Century — Here's the Exact Year
by Brea Cubit 41 minutes ago

Netflix
Enola Holmes: Nobody Explicitly Says What the Reform Bill Is, but We Can Decipher the Clues
by Brea Cubit 1 hour ago

Netflix
Enola Holmes Gets a Happy Ending, but Not Before Solving a Big Mystery
by Grayson Gilcrease 1 hour ago

Nostalgia
Test Your Legally Blonde Quotes Knowledge Now with This Quiz — What, Like It's Hard?
by Amanda Prahl 1 hour ago

Nostalgia
Upon Rewatch, Smart House Is the Scariest Disney Channel Original Movie Ever Made
by Sabienna Bowman 2 hours ago

Netflix
The Reason Behind Viscount Tewksbury's Chase in Enola Holmes Is Elementary, My Dear Reader
by Brea Cubit 2 hours ago