Since American Horror Story: Cult premiered a few weeks ago, we've been theorizing who could be part of the cult. While some of the bad guys are obvious, there are others who are trying to appear innocent, and we're officially onto them. We suspected that Ivy (Allison Pill) was in on the cult from the start, and we absolutely already knew Sonja from the Real Housewives of New York has a drinking problem (thank you for settling that, Meadow), but the second "Neighbors From Hell" began, we knew that Dr. Rudy Vincent (Cheyenne Jackson) had to be clowning around. The real question is, just how involved in the cult is he?

Episode three opens with a therapy session between a couple and Dr. Vincent. The couple is celebrating that the wife, Rosie (Laura Allen), has conquered her crippling feretrophobia (fear of caskets). After the session, her fear is immediately ignited when she and her husband are attacked by the clowns and locked in separate white coffins. It's a pretty horrifying situation for anyone, but for someone who just hours earlier was celebrating that she conquered that exact fear is f*cking next level horror . . . but it also can't be a coincidence, right?
Definitely not a coincidence. So, either Kai (Evan Peters) planted cameras in his office to prey off of his patients' fears, or Dr. Vincent has some serious involvement in the cult. Assuming it's the latter, whether Dr. Vincent is the leader of the cult, informing Kai of his patients' situations and telling him what to do, or he's inflicting the horror upon them himself, there's no denying that the doctor is a bad guy. 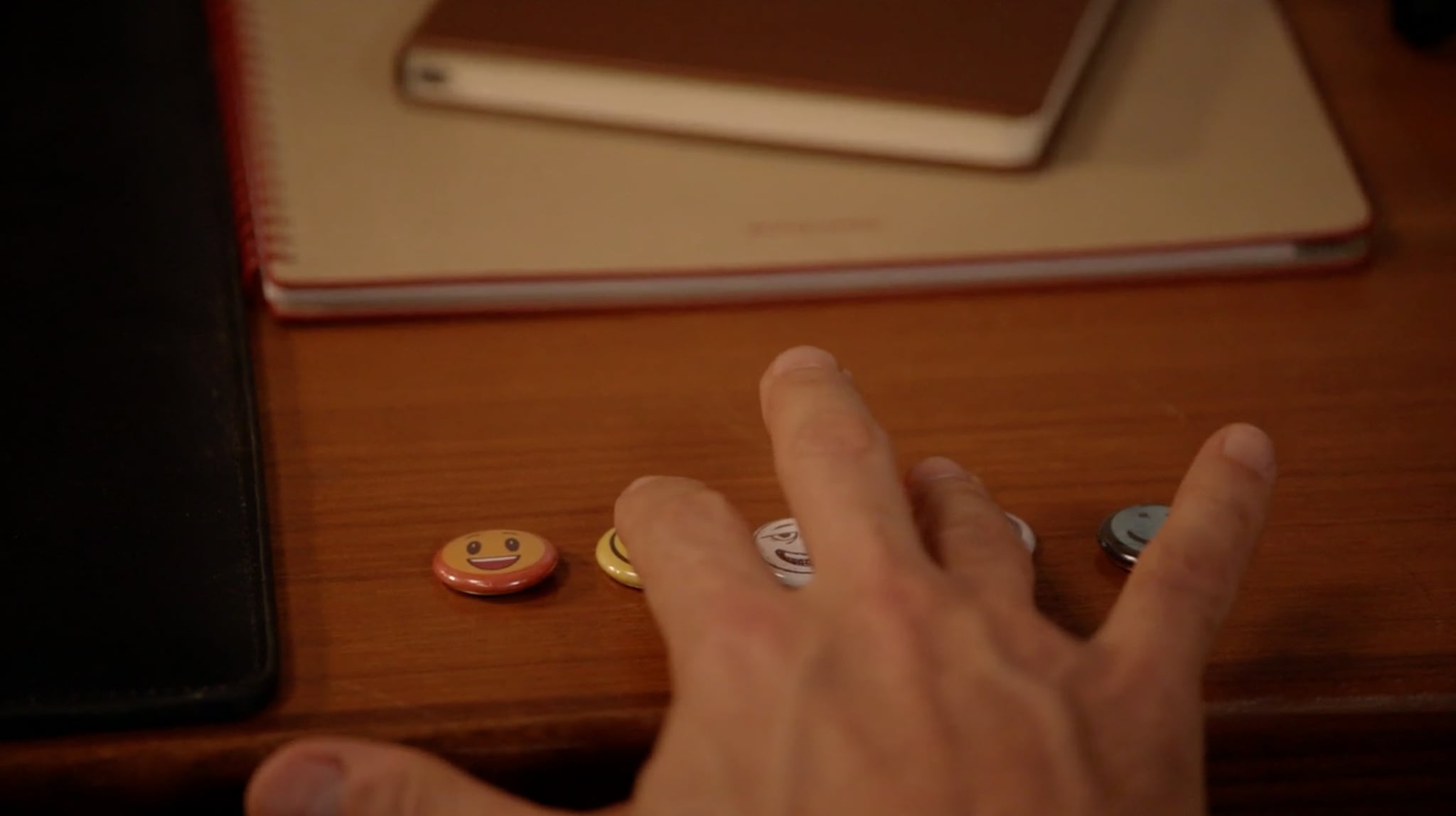 A little bit later in the episode, Ally (Sarah Paulson) calls her psychiatrist to discuss how she's going to approach the protesters harassing her outside the Butchery on Main. He's immediately negative about her anxiety, telling her not to speak to the protesters, and even suggests she go to an outpatient facility for the next few weeks. Thanks, but no thanks, doc.

During this uncomfortable phone call, we see him rearranging five smiley face buttons on his desk. At one point during the call, he brings two of the buttons down from above, and then moves a different one out. As a mental health professional, it wouldn't be a surprise to see emotion-related devices in his office, but that smiley face is also the "killer mark" that the clowns have been branding all over town. Could these buttons represent the clowns? Is that blue one supposed to be Kai? In the beginning of the phone call the yellow button is arranged above the rest, was this when Dr. Vincent decided Meadow, who's blonde, would be the next one to go? Reddit user YoSoyEpic theorizes that "the buttons represent the clowns in the cult and he's scheming on who he is sending to the next victim's house."

Whatever it is that the buttons exactly represent, they appear to be part of his master plan to exert control over the cult. We'll have to wait to find out Dr. Vincent's level of involvement, and until then, we'll be mourning the loss of Mr. Guinea.