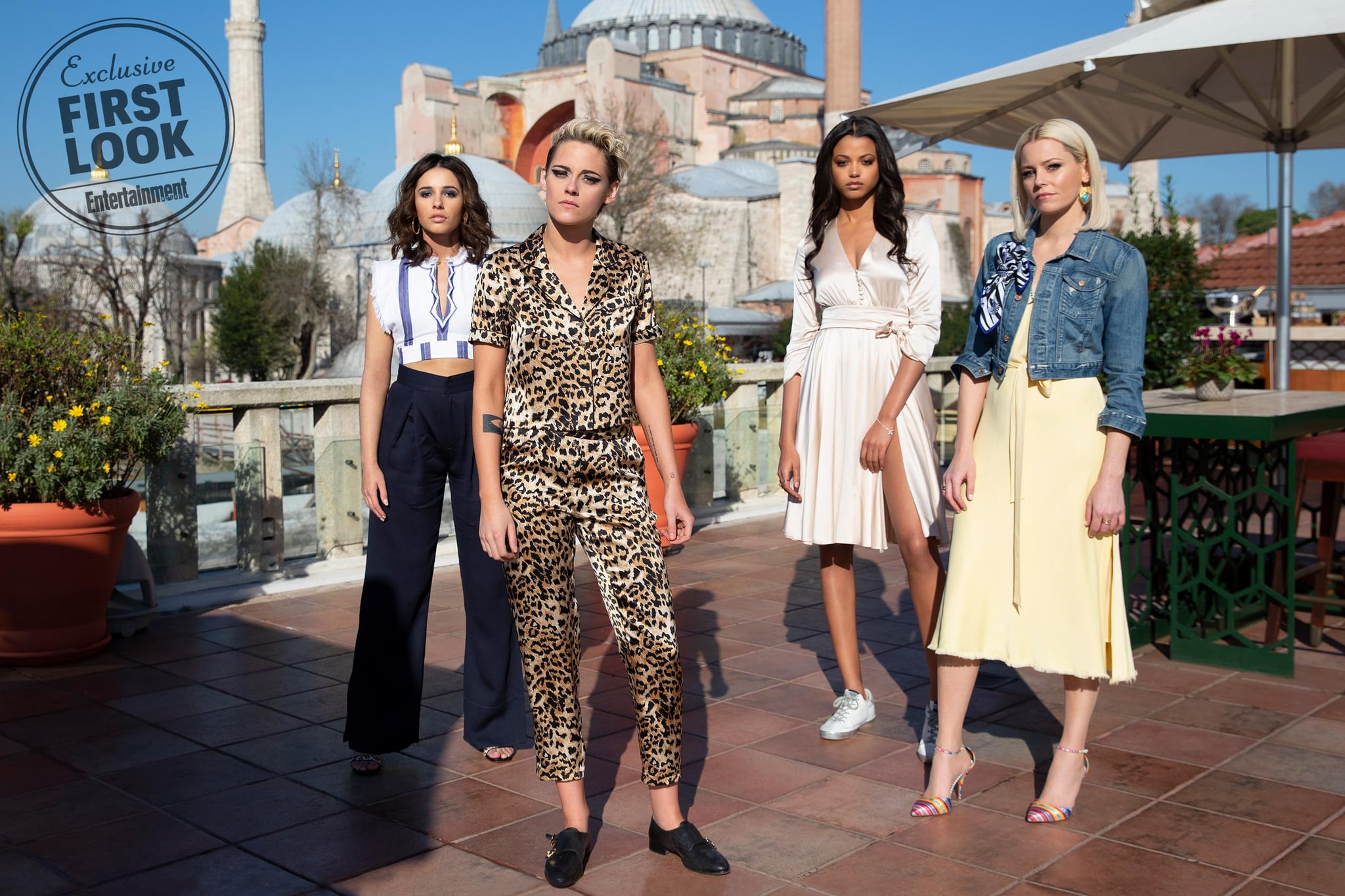 Details are gradually emerging about Elizabeth Banks's forthcoming Charlie's Angels movie, and the female-led action film sounds pretty heaven-sent. After teasing the movie on Instagram for nearly a year, Banks — who wrote, directed, and appears in the movie, by the way — finally divulged more on the premise in an interview with Entertainment Weekly.

For starters, don't call it a reboot — consider it a "continuation." Banks explained that her modern iteration allows for the Angels to have more access and financial funding given how much the Townsend Agency has grown since its inception in the '70s. Starring are Kristen Stewart as the wild Sabina Wilson, Ella Balinska as former spy Jane Kano, and Naomi Scott as the "heart of the movie," scientist Elena Houghlin.

Banks unfortunately didn't give much away about Noah Centineo's role, except for the fact that his character, Langston, is a friend of Elena's. As for herself, Banks portrays one of three Bosleys, or lieutenants in the Townsend Agency.

Coming to theaters Nov. 15, Charlie's Angels will of course include a lot of action in sprawling cities like Berlin, Hamburg, and Istanbul — but expect for the story to be firmly centered on its main trio.

"It was important to me to make a movie about women working together and supporting each other, and not make a movie about their romantic entanglements or their mother they don't call enough. When I'm at work, I don't talk about those things. I get on with my job," Banks told Entertainment Weekly. "It felt important to do that for the Angels, to treat them with the respect their skill set demands."