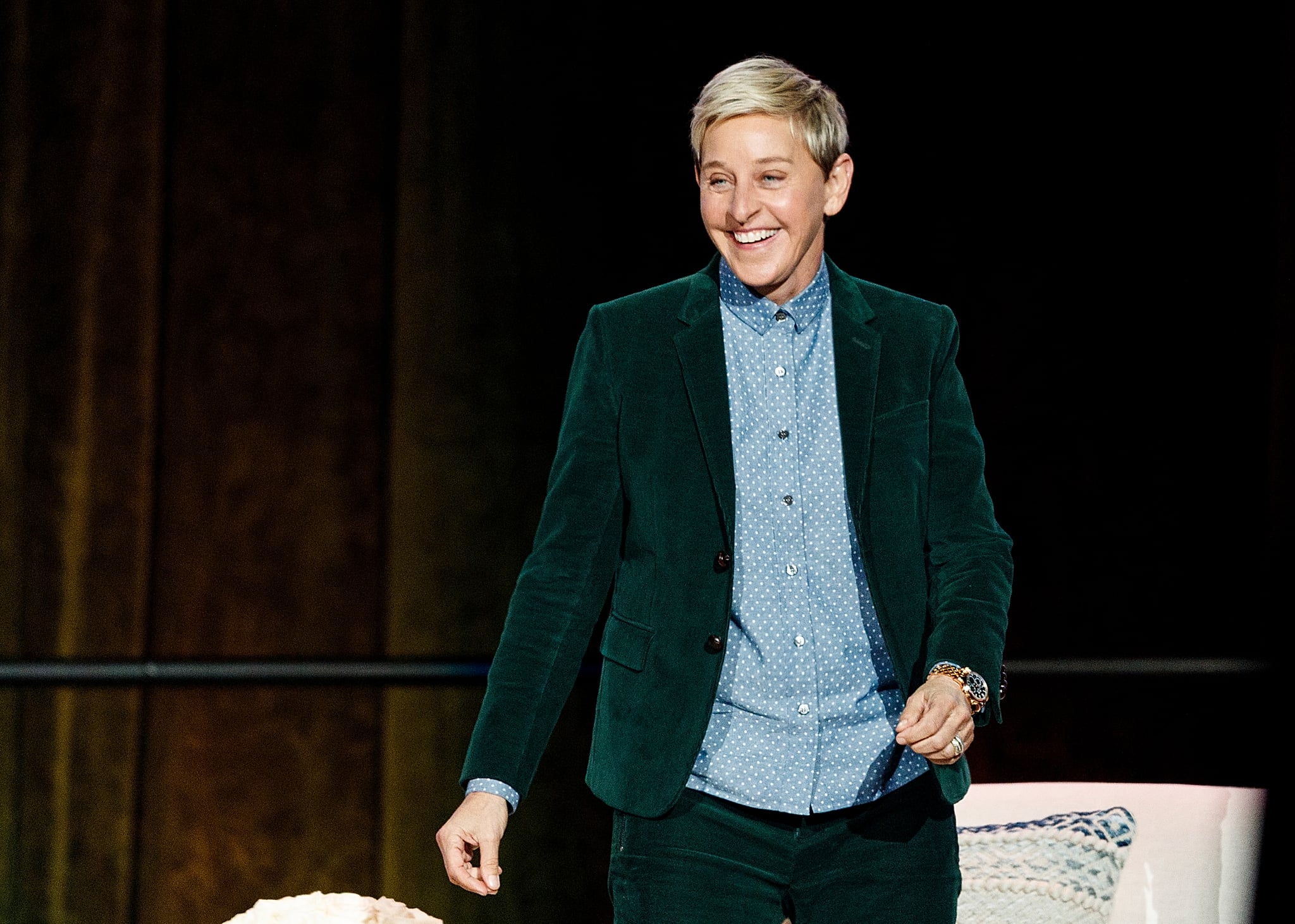 Even though it's hard to imagine, apparently The Ellen DeGeneres Show cannot go on forever. In fact, the feel-good talk show's fate was recently hanging in the balance before Ellen DeGeneres extended her contract until 2020 after an apparent internal debate. DeGeneres spoke about the pressure of her eponymous show — now in its 16th season — as well as her forthcoming stand-up special Relatable in a refreshingly candid interview with The New York Times.

"The talk show is me, but I'm also playing a character of a talk-show host," DeGeneres said, explaining why she's returning to stand-up after a 15-year hiatus. "I wanted to show all of me." Her brother, Vance DeGeneres, agreed that working on new material offered her a break from the routine, saying, "After doing the show for 16 years, it's second nature. She wanted to break out of, not a rut, but a mold."

While her brother is in favor of the show continuing indefinitely, DeGeneres's wife, Portia de Rossi, has a different opinion. "She gets mad when my brother tells me I can't stop," DeGeneres. De Rossi added, "I just think she's such a brilliant actress and stand-up that it doesn't have to be this talk show for her creativity. There are other things she could tackle . . . I don't see the end of her show as her career ending."

Given these conflicting opinions, DeGeneres almost didn't extend her contract, according to The New York Times. Thankfully she did, and The Ellen DeGeneres Show will continue to force celebrities to play games, introduce us to viral videos, and make us smile for the time being.

Netflix
"Selling Sunset": The Cast's Friendships Behind the Scenes
by Chanel Vargas 2 hours ago