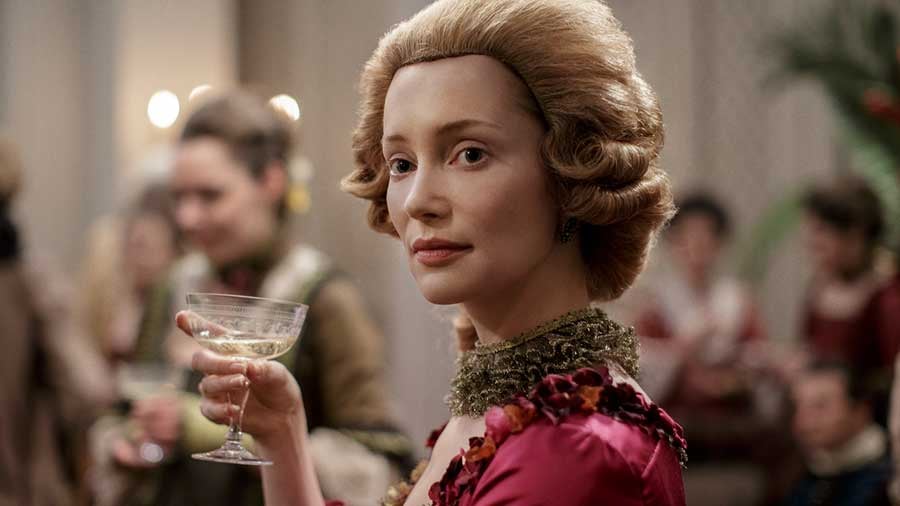 With one swing of a machete, Geillis Duncan's time on Outlander seemingly comes to an end in the season three finale, "Eye of the Storm." After figuring out what she is up to in regards to Brianna, Claire and Jamie track Geillis to the Abandawe cave and Claire nearly decapitates her frenemy in order to protect her daughter. But is this the last we'll see of the time-traveler?

Be warned of book spoilers ahead.

The short answer is yes, this is probably the last we'll see of her. The slightly longer answer is that it depends on how many seasons Outlander runs on Starz.

In the books, Geillis dies in Voyager, the third book and the one upon which this season is based, and it seems that her death is the end of things. But author Diana Gabaldon gets pretty wily with book eight, Written in My Own Heart's Blood, and she manages to find a rather clever way to bring back Geillis.

But let's back up just a moment to An Echo in the Bone. In that book, a character we previously meet in Drums of Autumn, William "Buck" MacKenzie, the illegitimate child born to Geillis Duncan and Dougal MacKenzie, reappears. He accidentally sends himself 200 years in the future when he and his family stop for a rest near Craigh Na Dun in 1782. Landing in the early 1980s, he gets his bearings in Inverness and learns that Roger MacKenzie (Brianna's husband) is nearby. He seeks out Roger because they have a history from when they were both in North Carolina. 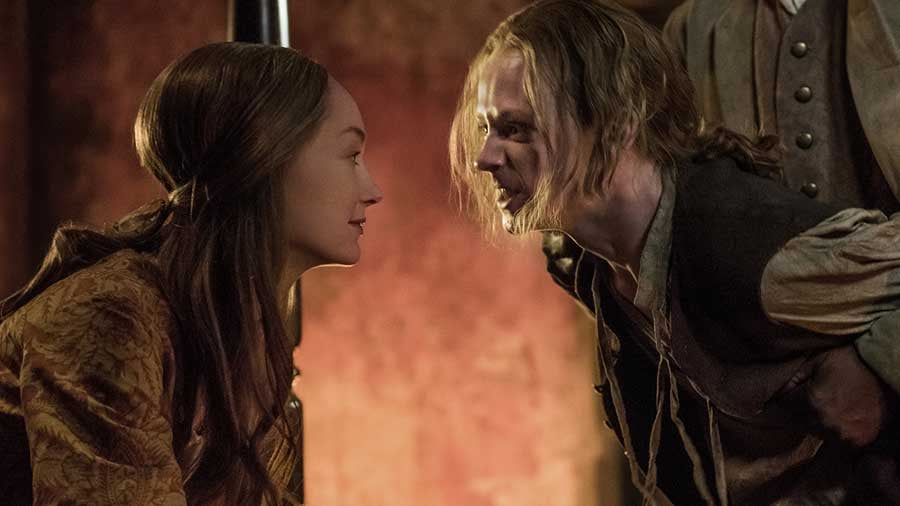 While there, Roger meets Jamie's father, Brian, a teenage Jenny, and even Dougal MacKenzie himself, who is Buck's biological father even though Buck hasn't even been born yet in 1739. They also encounter Buck's mother, Geillis Duncan — and it's implied that Geillis and Buck may have slept together. Sooooo . . . fans of the TV series have that to look forward to? It's something that definitely left book readers scratching their heads, and I'd be surprised if the show writers included it. But that's if the show even gets to this book.

Outlander would have to run eight seasons to get to the Written in My Own Heart's Blood 1739 storyline, and while the show certainly shows no signs of slowing down right now, that's a ways down the road.

Halston
Halston: Take a Glimpse at the Real Luxe Pictures From the Battle of Versailles in 1973
by Stacey Nguyen 23 hours ago