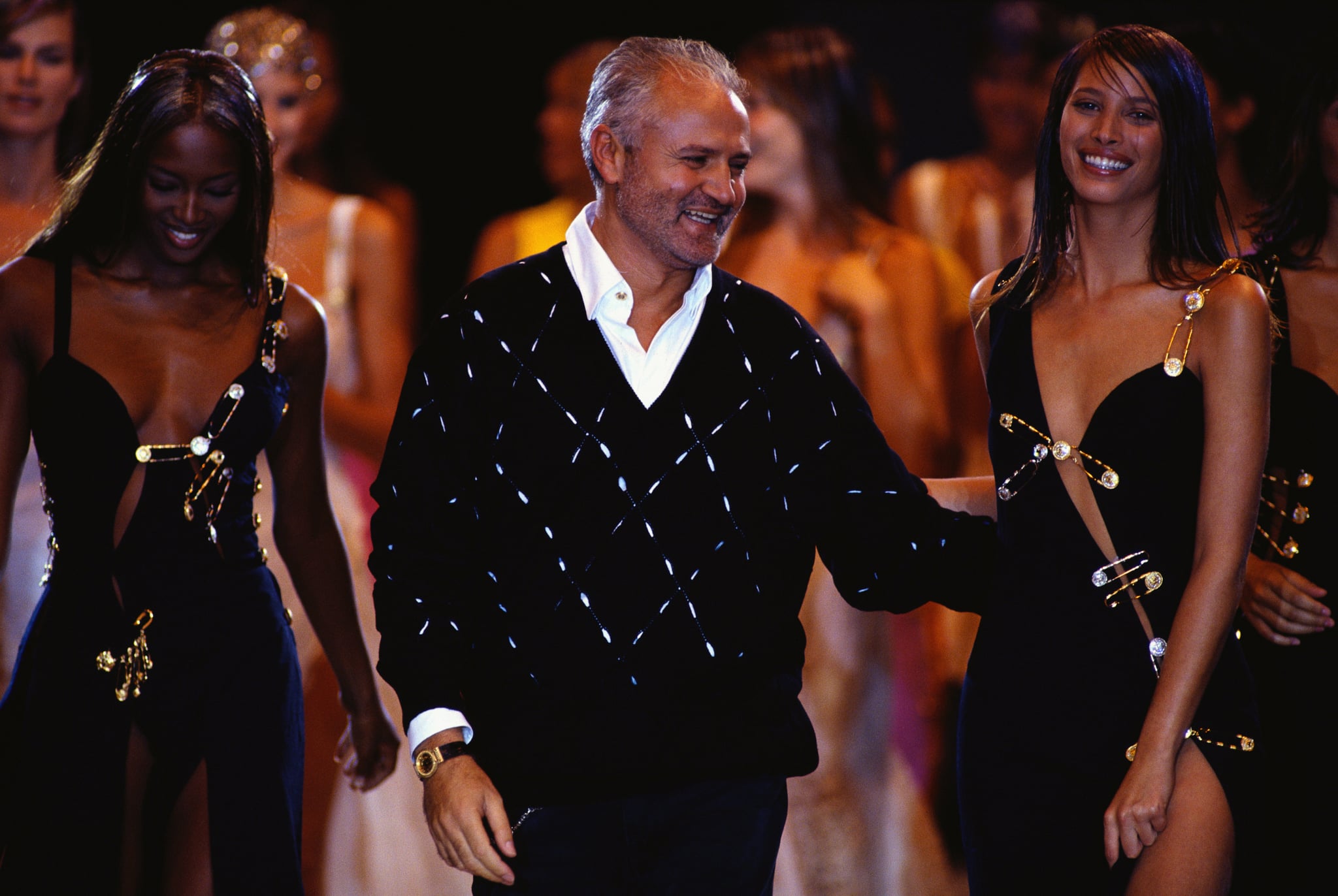 The next season of American Crime Story is getting closer, and thanks to a last-minute switch, it's focusing on an entirely different subject. What was once a season centered around the devastating aftermath of Hurricane Katrina has switched places with what used to be the third installment: The Assassination of Gianni Versace. (The Katrina season is still happening, for the record; it's slated to be the show's third season.) The release of the Versace season has been set for Wednesday, Jan. 17, so in the meantime we can brush up on the facts of the chilling crime. What happened to Gianni Versace? Here are the facts.

A Brief History of the Killer

The name of Versace's killer was Andrew Cunanan (who will be played by Darren Criss). In the two weeks leading up to the murder, Cunanan had killed four other people. His victims were ex-Navy lieutenant Jeffrey Trail, 28, a friend; Minneapolis architect David Madson, 33, a former lover; Chicago developer Lee Miglin, 72, whose relationship to Cunanan is unknown; and William Reese, 45, a cemetery caretaker in New Jersey. Cunanan stole Reese's pickup truck and used it for the final portion of his journey.

The Murder of Versace

Gianni Versace (set to be played by Édgar Ramírez) touched down in Miami on July 10, 1997, five days before his murder. He immediately went to Casa Casuarina, his Miami Beach retreat, with his partner Antonio D'Amico (who will be portrayed by Ricky Martin). At that point, Cunanan was already in town.

On July 15, 1997, sometime around 8 a.m., Versace left on his own and walked to a local cafe to buy magazines. He walked home, and just as he put the key in his lock, he was shot twice. The first shot was directly into his face, at point-blank range. He was shot again in the neck, just behind the left ear. The call went in to the police at 8:45 a.m. D'Amico recently recalled how he felt in that moment: "I heard the shot. My heart just stopped to beat . . . So I ran out and then I saw Gianni laying down on the stairs in blood." 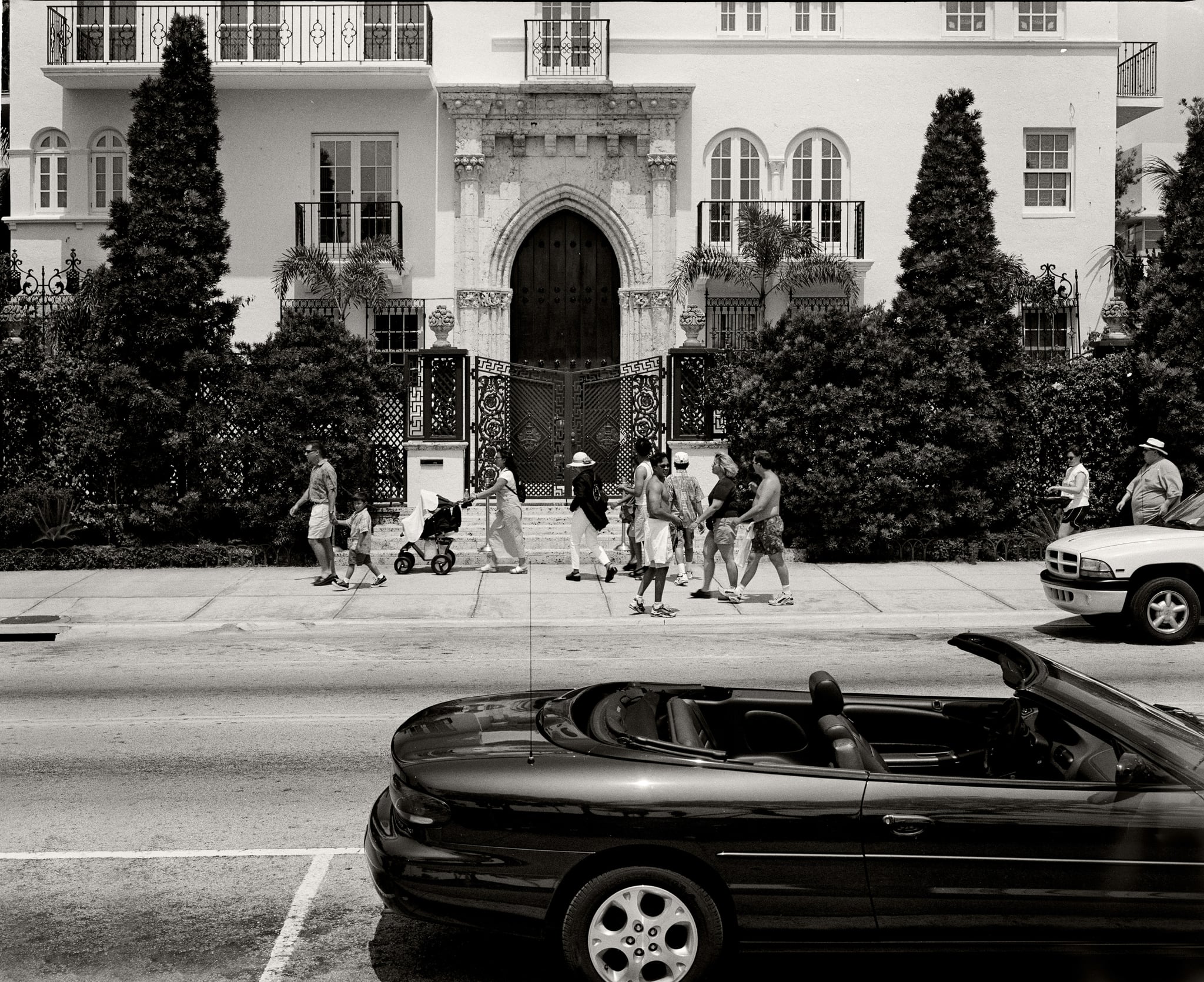 Related:
The New Trailer For FX's The Assassination of Gianni Versace Is Absolutely Chilling

Carlos Noriega, a lieutenant, was one of the first police men on the case. An early theory was that this had been a contract hit, organized by the mafia. The clue was a dead bird found next to the body. However, further evidence suggested that the bird was just an unfortunate collateral victim — it was hit by a bullet fragment.

Lazaro Quintana, a friend of Versace, followed the gunman. Eventually, the police were in on the chase, and they came across the first evidence. They found a pile of clothes, the stolen pick-up from New Jersey, and a bunch of identification. The police had their suspect three hours after the crime: Andrew Cunanan.

The Final Stand and All the Unanswered Questions

The search for Andrew Cunanan lasted nine days. Finally, the police received a tip. On July 24, a shot had been heard on a houseboat, just a few miles from where Versace had been murdered. Police surrounded the houseboat and remained there for four hours. Finally, the SWAT team fired tear gas and went in.

When the police boarded the boat, Cunanan was already dead. He had shot himself in the temple with the same gun he'd used to kill Versace. Cunanan's suicide left the world with more questions than answers. The police could not draw a connection between the two men, nor could they pin down a motive. They weren't even sure Cunanan and Versace had ever previously crossed paths. It remains one of the most puzzling crimes in recent history, even more than 20 years later.

If American Crime Story creator Ryan Murphy follows the same formula he did for The People v. O.J. Simpson, chances are we'll get a lot more backstory. After all, Murphy included a jarring scene where O.J. Simpson contemplated suicide, and that did actually happen. In order to fill in the blanks and complete the story, Murphy also took a bit of artistic license. Does that mean we'll leave the season with a sense of how everything might be connected? It sure seems like it.

Netflix
An Update on Where Dr. Donald Cline From "Our Father" Is Now
by Pallavi Bhadu 7 hours ago