It's well known even to the casual Batman fan that the Penguin is short and fat with a beaked nose. Gotham is taking a number of liberties, but turning the famous Batman villain into a tall, lanky dude (sans beaked nose) might not be one of them. A fan has proposed a theory on Reddit that Oswald Cobblepot (Robin Lord Taylor) isn't Penguin at all, but The Joker. It's a big stretch, but if you think about it, it could be true. The producers are supposedly hinting at The Joker's identity in each episode throughout the first season, and executive producer Bruno Heller has said some very interesting things that might support this seemingly crazy idea. What if The Joker has been hiding in plain sight this whole time? Let's break down exactly what this theory is and why it may or may not be true. 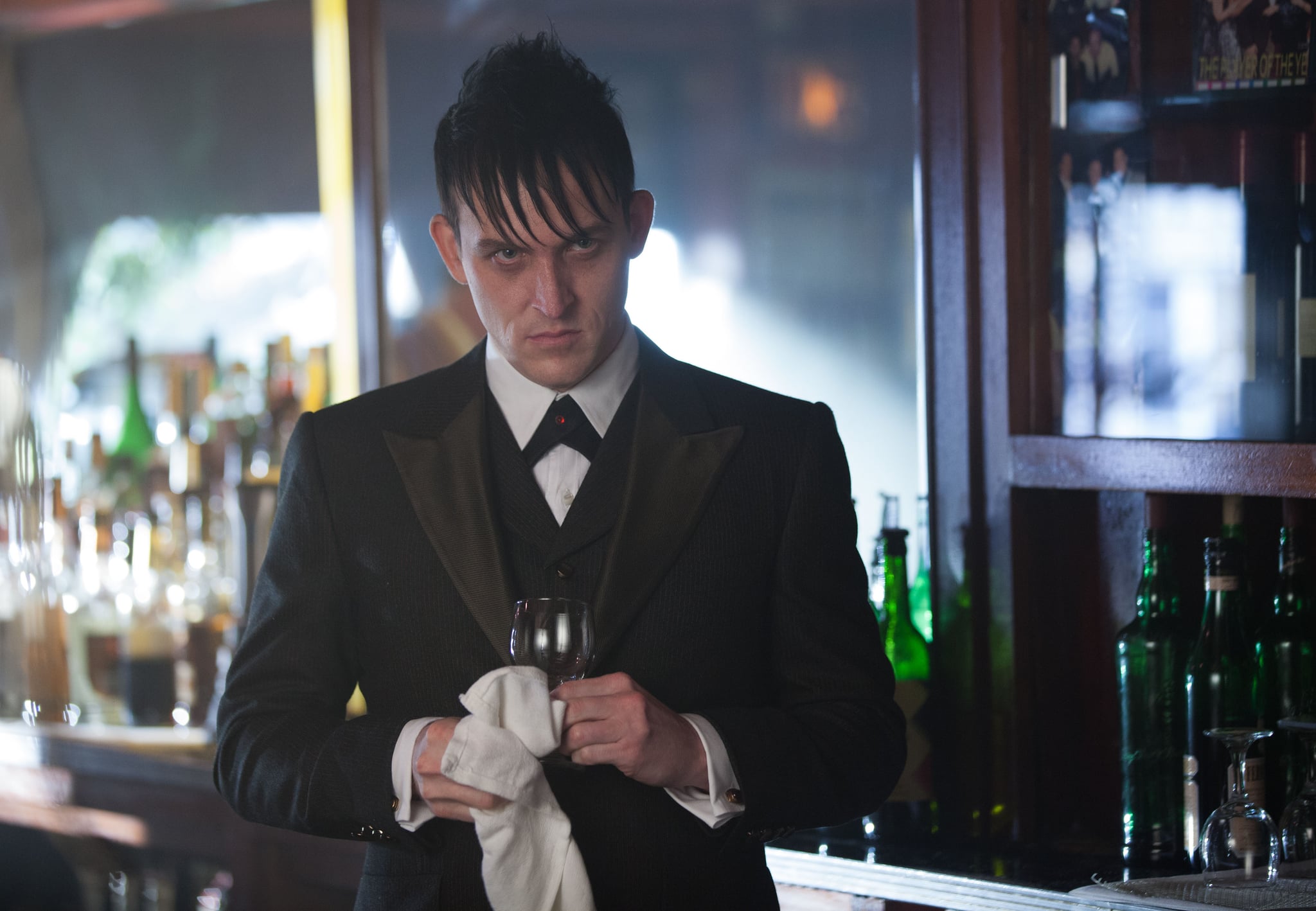 Here's what has actually happened on the show so far: Jim Gordon (Ben McKenzie) pretends to kill Oswald at the dock in the first episode, and since then, Oswald has been trolling the streets of Gotham. Now, according to the theory, Oswald re-creates himself after his fake killing, hiring a short, fat kid to go around telling people his name is Oswald Cobblepot, and that kid becomes Penguin while the real Oswald takes on a new identity and rises to power as The Joker.

If we're going on looks alone, Taylor's Oswald looks nothing like the traditional Penguin. Physically, he's much more similar to The Joker. Aside from that, as the original theorizer points out, "Penguin is a master thief. He's not a cold blooded murderer. And this guy is a cold blooded murderer." Oswald has thus far also showed no interest in birds, which Penguin loves.

What the Creators Have Said

Bruno Heller said some very interesting things about the show's villains to Entertainment Weekly: "We're not going to skimp on giving people the characters they want and expect from Gotham. But when and how they're going to show up is half the fun." When the interviewer asked Heller if they might "stealth introduce somebody who later becomes somebody else," he responded, "Exactly. Because we're starting way before these villains even themselves knew they were villains. Some of them started out as good guys. So there will be a lot of that." Specifically talking about The Joker, Heller said, "He's the crown jewel of the Batman villains. He will be brought in with great care and a lot of thought." Hmmm.

While watching this week's episode, one scene in particular caught my attention. Detectives Montoya and Allen are interviewing a guy down at the dock who claims to have seen Gordon shoot Oswald down by the river. This man is rather portly, lives down by the water (where Penguin feels at home), and has a black hat on. You getting the picture? What if this guy is Penguin, in cahoots with Oswald?

It's always possible that the Gotham creators decided to do their own take on Penguin, making him physically different. The biggest wrench is thrown in this week's episode when Oswald waltzes into the precinct right before the credits roll. If he were to assume a new identity, he wouldn't want the police to know he's still alive. Plus, the pilot introduced a comedian to the series, and while we haven't seen him since, he's still a candidate for The Joker, along with almost anyone with a wide, crooked smile.

by Victoria Edel 39 minutes ago