If you haven't started watching Syfy's The Magicians, then you better get on the ball. Based on the critically acclaimed books by Lev Grossman, the series is already causing major waves with fans — and it's already been renewed for a second season! While the show grounds itself in a mystical realm, rest assured this isn't your typical fantasy. It effortlessly flips the hero narrative on its head by producing raw characters that all audiences can relate to. We had the chance to sit down with the show's star, Hale Appleman, and he dished on everything you need to know about his extremely complex and exciting character, Eliot. Keep scrolling to see what he said and get ready to be hooked. 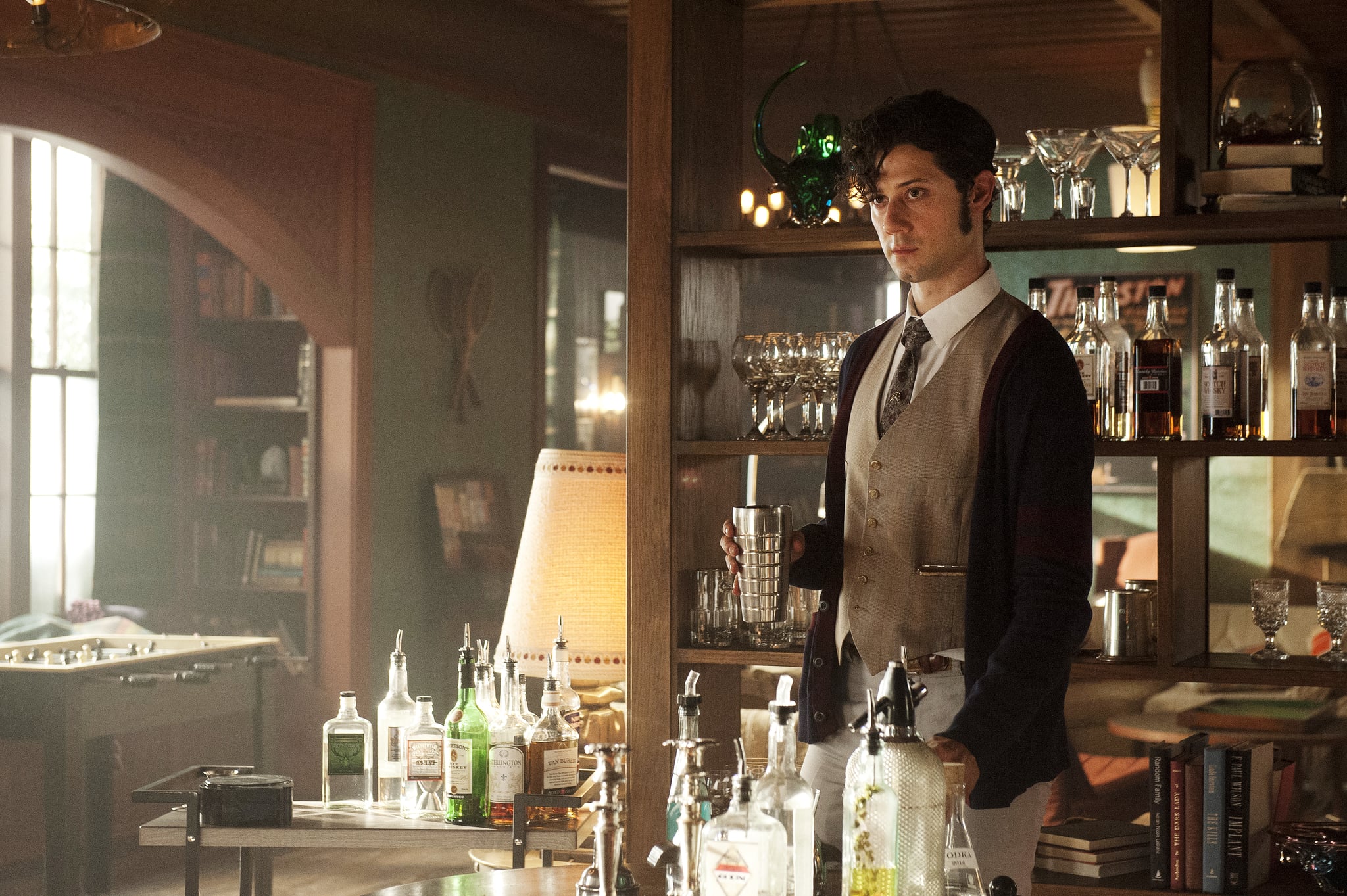 POPSUGAR: First, I just want to say I am such a big fan of the series. This last episode was insane.

Hale Appleman: Honestly episode four is so exciting. It takes it to a whole other level and I am so excited for everyone to see it. I'll just leave it at that. I saw it for the first time the other night and I couldn't sleep. The show pops in just a completely different way with that episode. I think it's really an example of what the show can do that other shows can't just because of the content and the genre, and taking that genre to a new level.

PS: What drew you to this role?

HA: Well, I grew up loving fantasy, adventure, and children's book series. At the time, I was in a place in LA where I wasn't working and I kind of thought to myself, "What do I really want to do? Like, what kind of role would be really exciting for me?" And I sort of thought about being in an adventurous, magical, fantastical world and a character that was powerful and sophisticated and perhaps even a dandy, that might have even passed in my head, and then I got an audition for the show shortly after. I was actually reading for Penny and Arjun [Gupta] was reading for Eliot.

HA: Yeah, there was something about the character description that I felt "Oh, I could be this character, in a certain version of it." In the room with the casting director, I didn't feel like it was a perfect fit and I knew that she felt that way too. She looked at me and she gave me this look and she kind of nodded and I was like, "Ah, it's not for me. It's not my part." And then, when I was reading the books, I found Eliot, and I was like, this character is really exciting and really dynamic. And he's so complex and so funny. And I just felt like if I could get a chance to read for him I knew I could at least take a really solid stab at it. I'm just so incredibly grateful that I get to be part of the show at all. Honestly, it's not lost on me that it's a tremendous honor and also a tremendous responsibility to play this part because he couldn't have existed on TV ten years ago. He's a queer character in a fantasy genre show, which are few and far between. And he's powerful. He becomes the goddamn king of Fillory and that is so exciting.

PS: You mentioned that you read the books beforehand — do you think there's any similarities or differences with your character from book to screen?

HA: My intention is always to honor the character that Lev [Grossman] created in the books and my greatest concern, honestly, is that the fans of the books will embrace me as this character that they've imagined in their heads. Then, from there, there are certain things that aren't exactly like the books, of course. We are older, so I think something that might shift a little bit is Eliot's journey up until this point. In the book Lev hints at a lot of darkness and fear of his past and where he really came from and all of that plays into what I hope that I'm doing on the show, but I think there's also a couple extra years in there. I think that the past might be even darker than we imagined.

PS: Right now, Eliot is kind of this cheerful character who almost acts as a mentor to Quentin. When do you think we will finally get a glimpse of that dark side of him?

HA: I think Eliot sees a lot of himself in Quentin. I think they're more a like than he would ever admit. Eliot feels on the inside how Quentin acts on the outside. There is an insecure, vulnerable, fretful nerd in there and I think that you start to see cracks of where he came from around episode seven and eight. Eliot is always trying to keep up a front. He's putting on this mask of sophistication and complete control and confidence, and security. What I love that Sera Gamble and John McNamara are doing for me, and all the characters, is that they are throwing us into these situations where we're forced to confront these aspects of ourselves that we don't want to. Eliot doesn't want to confront his vulnerability. Eliot doesn't want to confront his past. Eliot doesn't want to think about it, or look at it, or feel much of anything. He's forced to confront his past and his heart, which are two things that he does not want to talk about, and that's really fascinating.

PS: I also wanted to talk about the different aspects of fantasy within the show. You mentioned The Chronicles of Narnia, and that was one of the main things I thought about when I first watched, but a lot of people have also been comparing this to an adult Harry Potter. What do you think are the show's similarities and differences?

HA: I think with The Magicians, the Harry Potter and Narnia influences are obviously there. I think for Lev, C. S. Lewis was a huge inspiration from his childhood. I know that Brideshead Revisited is a book that he's incredibly found of and he took certain structural influences from that book that he brought into The Magicians. And there's something in the Eliot-Quentin relationship that is sort of mirrored or inspired by Evelyn Waugh's novel. But in terms of the fantasy genre, I think The Magicians takes these conventional ideas from this Christian literature of good vs. evil and it sort of shakes it up and asks a deeper, darker question about the nature of not just humanity in the face of good vs. evil, but the challenges of everyday life. And I think there's something incredibly timely about that and incredibly relatable to anyone who's growing up. Because we're all growing up. We're all constantly evolving.

PS: How do you hope Eliot's character inspires others?

HA: I think in a way Eliot's not necessarily the greatest example, but I also think that in a lot of ways he is. I think the fact that he is who he is in a fantasy world is inspiring in itself. I hope fans are inspired by his ability to be himself and to also be undefined. He exists outside of categorization. He doesn't subscribe to a limiting idea of who he is and that's what I love about him.