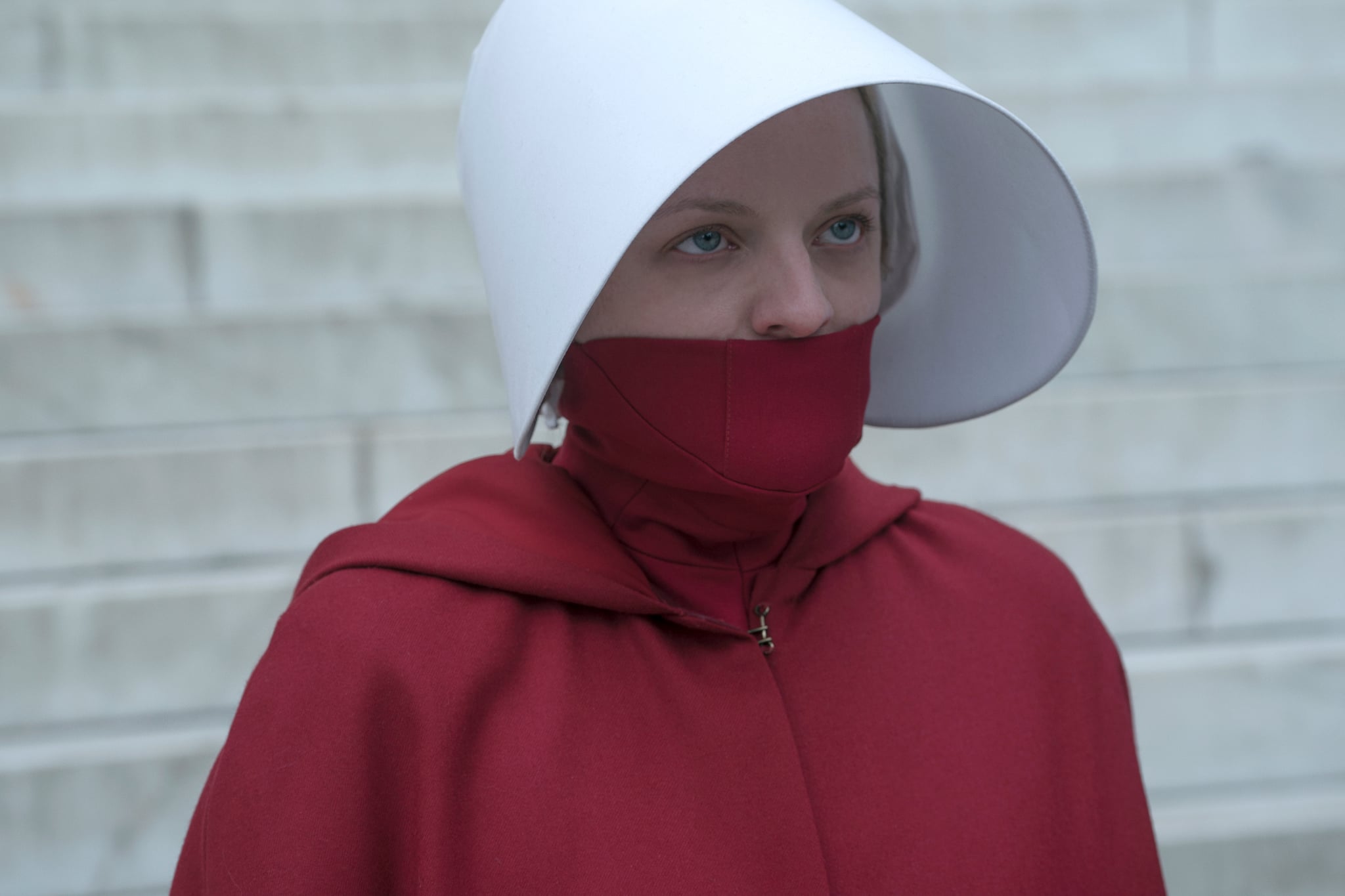 The Handmaid's Tale has been renewed for season four, which means there's plenty more Gilead in all of our futures (whether we want it or not). The news was announced during Hulu's TCA presentation on Friday, though a season four premiere date was not revealed.

The series, which was adapted from Margaret Atwood's dystopian novel of the same name, stars Elisabeth Moss as June, a Handmaid forced to live in sexual slavery in the horrifyingly oppressive, conservative country of Gilead. Season three premiered on June 5, greatly expanding on Atwood's original story. An additional season seems to be in line with showrunner Bruce Miller's plans for the series; he has previously mentioned that he could see the show continuing for a long time.

Now, you may well know that the big ending in the book is similar to the end of season one. Many fans have taken that to mean that the show is more or less venturing into the great, wide unknown, but readers of the book know there's an epilogue that launches us 200 years into the future from the moment the book ends. Last year in an interview with The Hollywood Reporter, Miller made that exact point.

"People talk about how we're beyond the book, but we're not really. The book starts, then jumps 200 years with an academic discussion at the end of it, about what's happened in those intervening 200 years," Miller said at the time. "It's maybe handled in an outline, but it's still there in Margaret's novel. We're not going beyond the novel; we're just covering territory she covered quickly, a bit more slowly."

During that interview, Miller also mentioned that he's mapped out about 10 seasons of The Handmaid's Tale. For anyone wondering how much story could possibly be wrung out of Gilead, Miller's outline would take audiences to "a world beyond" the current one in the series. "I would watch an episode about the Nuremberg trials after Gilead falls," Miller said. "There are lots of worlds you think of. I would love that season — seasons eight, nine, or 10, where everything has changed so much."