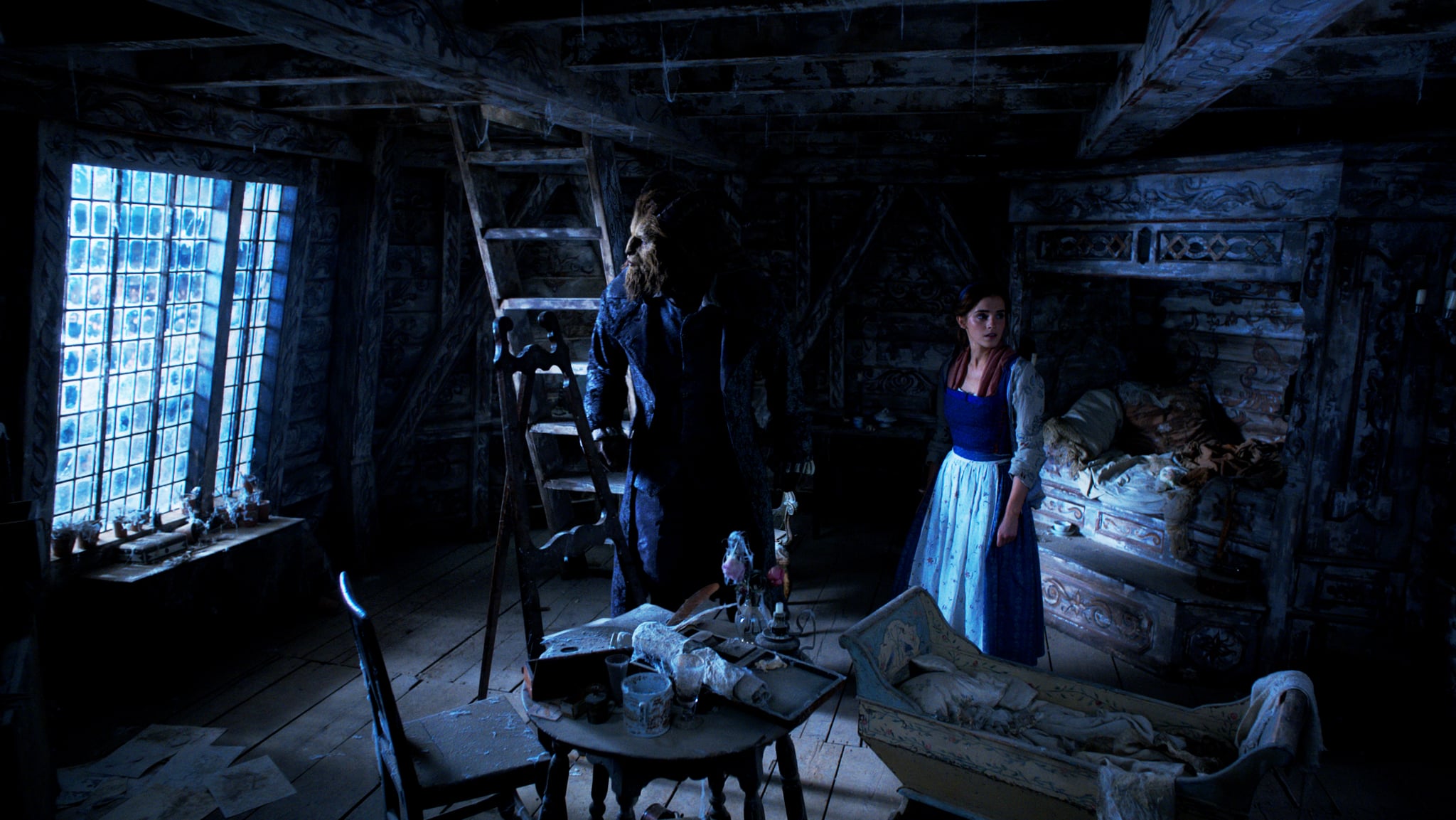 Disney's live-action Beauty and the Beast is here! Going into the reimagining of the 1993 classic, it's hard not to wonder how the new film is different. Perhaps one of the most striking additions to the 2017 version is a new enchanted object. It's a magical book that will take Belle and the Beast anywhere in the world. The Beast calls it the Enchantress's cruelest joke, because his ghastly appearance would prevent him from showing his face in public. Basically, he could go anywhere, but he's trapped by his own ugliness. (Wow, been there.) With the introduction of this object, we finally get a huge piece that's missing from the fairy tale: Belle's backstory.

Based on earlier conversations with her father, Maurice, we know Belle's past is a subject best left alone. Maurice will not speak about his late wife, but he does reveal that she was very much the same as Belle; now we know where Belle's strong will, independence, bookworm tendencies, and feminist outlook comes from. He won't say much more, except that they fled to this "small provincial town" because it was much safer than Paris (which is where Belle was born). Once we discover the Beast's enchanted map book, though, we finally uncover the mystery.

When Belle learns about the Beast's enchanted map book, she asks him to take her to Paris. The two suddenly find themselves in an old, dilapidated windmill on the outskirts of the city. This is Belle and Maurice's first home. Belle discovers old drawings of her as a baby and even finds a rattle shaped like a rose. The Beast, on the other hand, finds a long, beaked mask. It's actually part of the historical garb worn by plague doctors in the 17th century. If you couldn't guess, these doctors treated those infected by the bubonic plague, aka the Black Death.

Related:
Ariana Grande and John Legend's "Beauty and the Beast" Duet Is the Stuff of Legends

Thanks to the Beast's discovery, Belle realizes her mother tragically died from the awful illness. That's why Maurice took Belle and fled to the countryside. It also explains why he can't bring himself to talk about her: he's still heartbroken from his loss. While this is a pretty tragic addition to the Beauty and the Beast story, it does manage to add a little depth to Belle's character, and it also adds a bit of historic realism to the film. Perhaps more importantly, it also gives Belle and the Beast something exceptional to bond over: profound loss.

Movie Reviews
The Reviews Are In! Our Editors' Picks From the Sundance Film Festival
by Monica Sisavat 15 hours ago

Movies
"Encanto" Is a Certified Hit — So Will There Be a Sequel? Here Are the Chances.
by Brittany Sims 16 hours ago