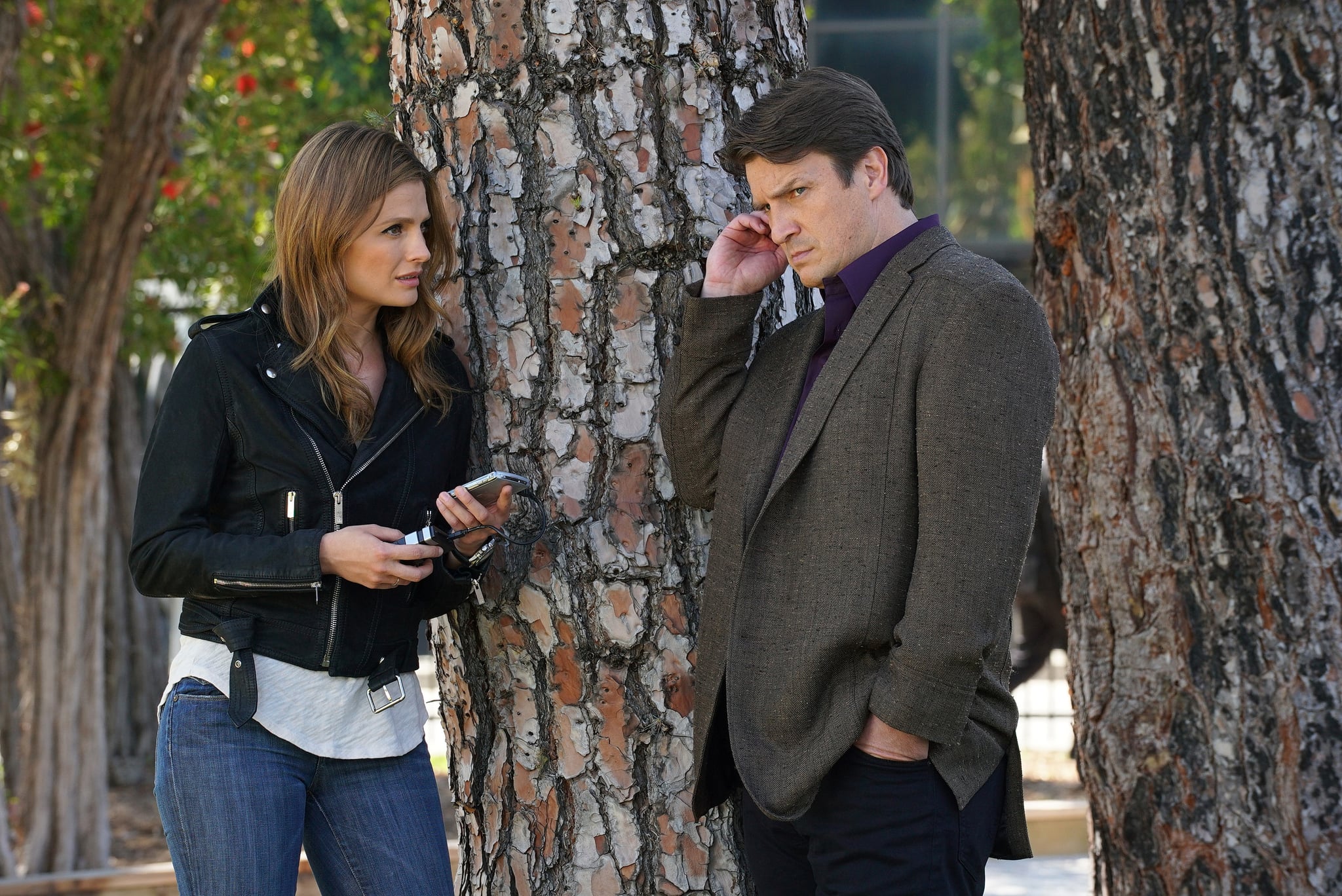 After eight seasons, the hit crime show Castle came to a close on Monday night. While there were rumors of a big death on the finale due to Stana Katic's plans to leave the show, they secretly filmed two possible endings just in case of a cancellation. If you missed out, here's the full rundown on how Beckett and Castle's epic love story ended in the series finale. At least Nathan Fillion said goodbye to fans. Spoilers ahead!

The story starts out like any other on the show, with a murder, a mystery, and Castle and Beckett working together to solve it. However, things take a turn for the worse when the two are duped into a trap and Castle is kidnapped by a man he assumes is his ally. As Castle is on the brink of death, the NYPD swoops in to save the day, but Beckett is already with Mason Wood (aka the bad guy). After Castle climbs through walls to save her (literally), the three end up having a face off.

All seems to end well as the next scene shows Castle and Beckett safely in their home, when out of nowhere Castle gets shot in the kitchen. After Beckett kills the armed man, she collapses beside Castle having been shot herself. As the star-crossed lovers lie on the ground holding each other's hands, the camera pans and their iconic conversation from the end of the pilot episode, when Castle asks Beckett on a date and she declines, plays in the background.

It seems like this may actually be the end of Caskett until the text "7 years later" pops up on the screen. The fast-forward is cheesy and feels a little rushed, but ultimately, they're happy with a bunch of little kids running around their apartment. In the last line of the entire series, another iconic line plays in the background, but this time it's Castle's from season two. "Every writer needs inspiration. And I've found mine. Always."