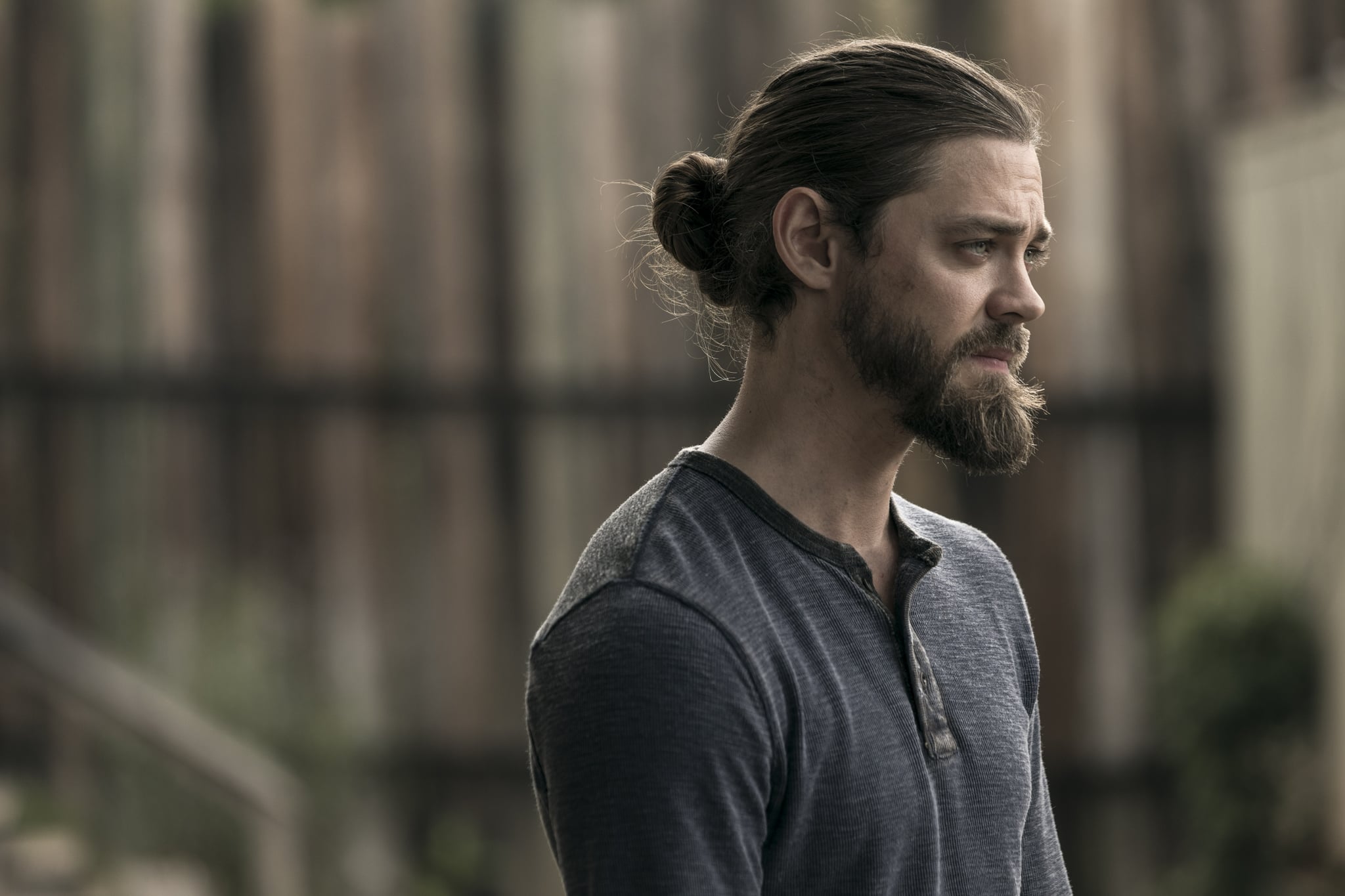 Warning: Spoilers for the latest episode of The Walking Dead ahead!

If nothing else, we can always count on The Walking Dead to surprise us with something new every season! If you thought Andrew Lincoln's exit, the six-year time jump, and the existence of Rick Grimes Jr. were big shockers, Sunday's midseason finale is going to knock you off your feet. In a highly unanticipated turn of events, "Evolution" ended with the death of Paul "Jesus" Rovia, a fan favorite since his introduction in season six.

The Hilltop resident — who was the catalyst to Alexandria discovering the other established communities way back when — met his demise at the hands of the show's next big bad, the Whisperers. The deadly group of survivors made their first "appearance" in episode seven, chasing Rosita and Eugene into a ravine and causing them to think that walkers were developing the ability to speak. In "Evolution," the truth comes out during the rescue mission that ends up costing Jesus his life. Just before the group is able to make it safely out of the walker-infested cemetery, one of the disguised Whisperers grabs Jesus and fatally stabs him. In a callback to the comics, the Whisperer tells a dying Jesus (and the others who are watching, stunned in horror), "You are where you do not belong." It's a devastating blow for the group, especially since they discover that they're now cornered by the remaining Whisperers, and the episode ends with us wondering if we're going to lose another favorite before season nine is done.

Related:
Just a Note For The Walking Dead Fans: Those Talking Walkers Are a Sign of Big Trouble

Jesus's death comes as such a shock for one major reason: not only does the character encounter the Whisperers multiple times in the comics — even fighting their deadliest member Beta — and live to tell the tale each time, but he's still alive in current issues! His death is another major deviation from the comics, though we should honestly be used to it by now (RIP Carl). Despite the backlash the show is facing for killing off an important LGBTQ+ character, actor Tom Payne admits that he's happy to leave the show. The former series regular revealed in an interview with The Hollywood Reporter that he was frustrated by the direction of his character over the past few years and was happy that Jesus's last stand was more in line with the character's role in the comics.

"I know a lot of people are going to be bummed about it, but I've been bummed for the last two years, that the character hasn't gotten as much cool stuff [on the show] as he has in the comic books," he explained. "He arrived in a very cool way, and then he floundered at the Hilltop. He's the most capable member of the entire group! And he wasn't used at all [on the show]."

Related:
The Walking Dead: If You Think the Saviors Are Bad, Meet the Whisperers

He went on to add, "They were aware I wouldn't be unhappy if they got rid of me. It's an amazing show and I was so honored to be a part of it, but at the same time, being the same character without anything fun to do is a bit frustrating."

With Jesus's journey on the TWD officially over, the folks of the established communities will have to fight the Whisperers without his battle expertise. We have no clue how the story will play out since the show has deviated from canon so much, but something tells us we have a long way to go before there's an end to the oncoming war.