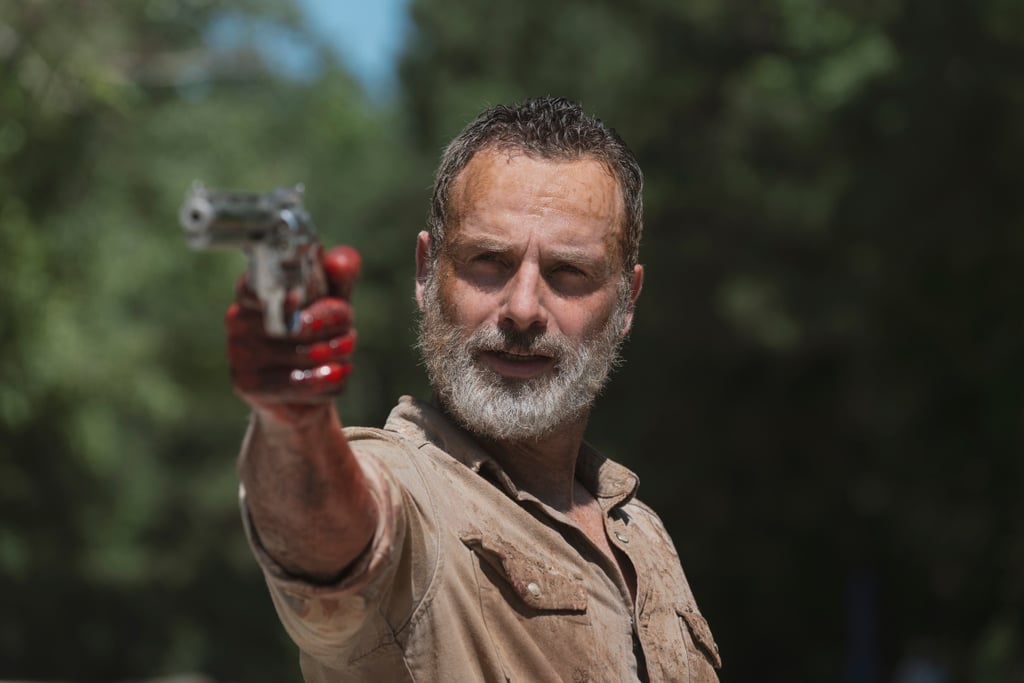 Major, major spoilers for The Walking Dead below!

The Walking Dead might have been on the air for nine years now, but during the AMC zombie drama's episode on Sunday night, the writers proved that they still know how to pull off an epic surprise.

As we've known for more than a year now, Rick Grimes's days on the show were numbered. When the series came back for season nine in October, it was officially revealed that the OG sheriff would indeed be leaving during episode five, spawning a whole host of theories about how he'd exit. Well, now that we know how it all goes down, we can confirm that it's a heartbreaking and extremely surprising sendoff for the character, as well as actor Andrew Lincoln.

If you're wondering how Rick's final moments on the show play out, keep scrolling. But, again, so many spoilers ahead!