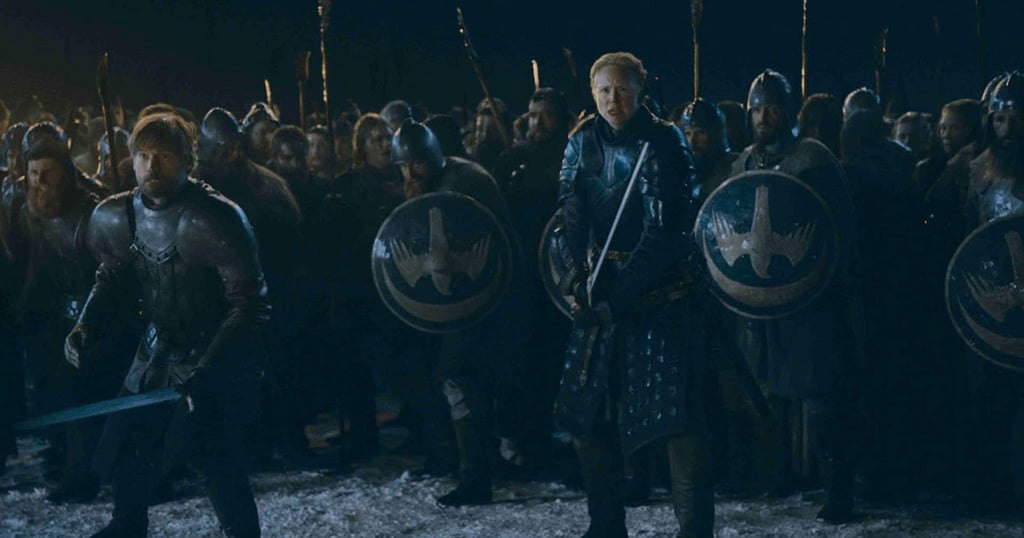 Game of Thrones: Everyone Who Tragically Dies in the Battle of Winterfell

Warning: The night is dark and full of a LOT of spoilers, so proceed with caution.

Well, the Battle of Winterfell finally came to pass on Game of Thrones in season eight's third episode, "The Long Night," but we have to say — way less people die over the course of the 82-minute episode than we were expecting. Still, it's a brutal watch.

Directed by Miguel Sapochnik, who also helmed the "Hardhome" and "Battle of the Bastards" episodes of the series, and written by showrunners David Benioff and D.B. Weiss, the third installment of the final season is a staggering epic that sees the allied forces of the living join together at Winterfell to take one last stand against the Night King and his army of the frigid undead. There's plenty of bloodshed, a zombie giant AND dragon, as well as one of the most shocking twists in GoT history. And, as expected, there's quite a bit of death.

While the newly knighted Brienne of Tarth, all-seeing Bran, and even Greyworm survive the lengthy battle, some important people are no longer with us. Keep reading to find out who, but again: spoilers abound below!