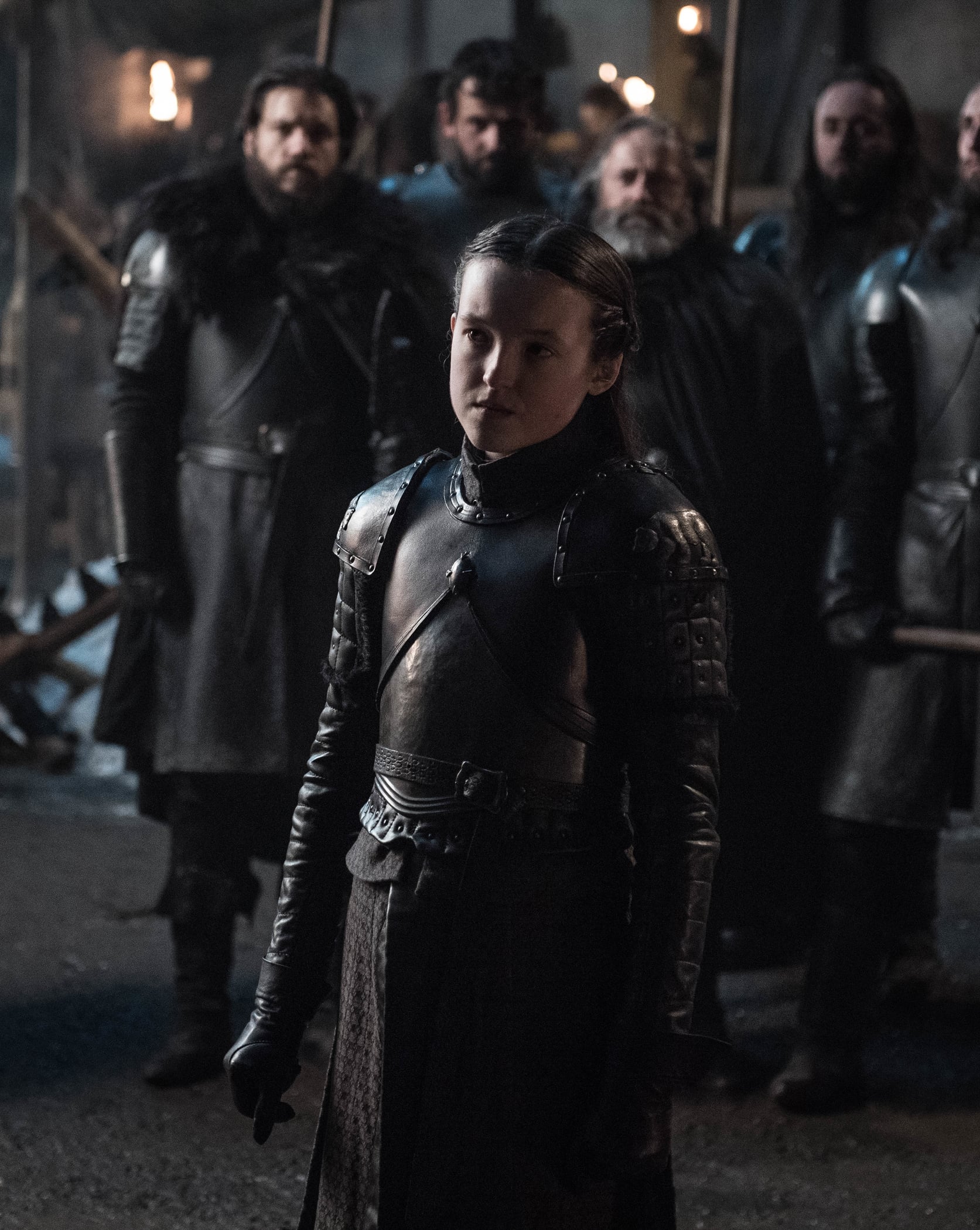 Of all the tough, fearsome characters on Game of Thrones, one of the most intimidating is the one no one would expect: Lyanna Mormont, the small but mighty young leader of House Mormont. She's quickly become a fan favorite for her matter-of-fact, no-nonsense take on all the shenanigans that are always happening in Westeros. Lyanna has no problem holding her own among characters much older than her — but just how young, in fact, is she?

If Game of Thrones time has continued to pass as it usually does (one season equals one year of onscreen time), then Lyanna is around 13 years old in season eight. When she's first mentioned in the fifth season, she's described as "a girl of 10," which would put her, three years later, as a brand-new teenager. She's the youngest character by far on the show; the next-youngest significant character, Arya Stark, is 18. There was one other very young noble character, Lord Umber, but he was memorably and brutally killed by the White Walkers in the season premiere.

Lyanna has been leading House Mormont since she was 10, when the majority of her house was murdered at the Red Wedding, since they were allies and vassals of the Starks. It is Lyanna who, although initially unimpressed by Jon and Sansa's mission to take back Winterfell and the North, helps them fight against the Boltons, with Lyanna herself on the front lines, too. And it's Lyanna who is the first to accept Jon as King in the North, promising all the Mormont forces — both men and women — to their cause. For a relatively minor and young character, Lyanna has certainly made her mark already, and promises to continue to do so until the final battle is through.