Blockbusters are great, but make sure you set aside some time this Summer to see Me and Earl and the Dying Girl, an indie that will very likely melt your heart. Yes, the Sundance sweetheart, opening this week, is about a girl with leukemia, but it's so much more than that. We sat down with the stars — Thomas Mann (Beautiful Creatures), Olivia Cooke (Bates Motel), and newcomer RJ Cyler — and the director, Alfonso Gomez-Rejon, to get the scoop on the movie. Take a look below to find out what they can't wait for you to see, what excellent scene got cut (don't worry — it'll be on the DVD!), and what they need you to know about their movie. 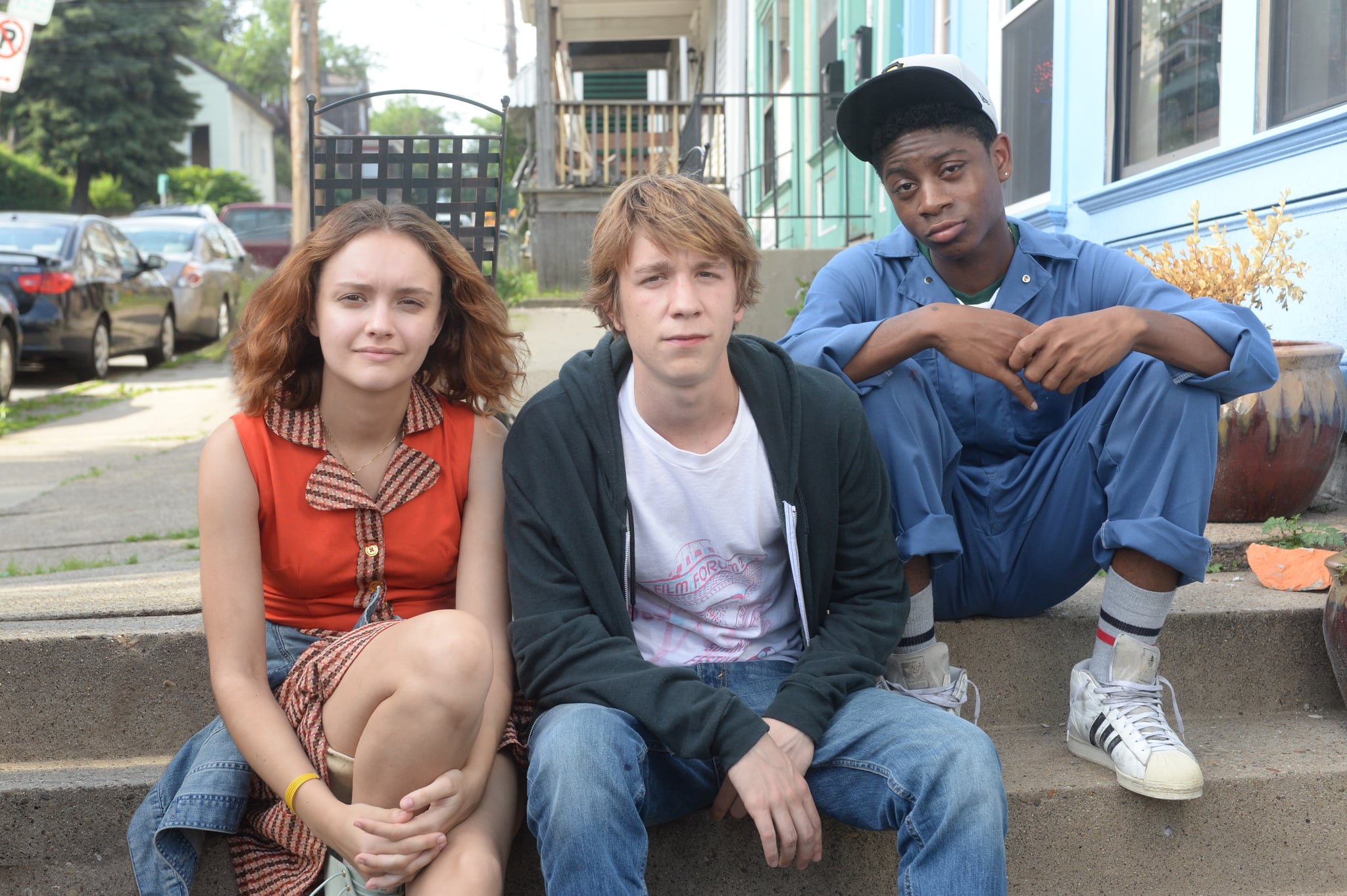 POPSUGAR: What is the most important thing that you want people to know about your movie?

Thomas Mann: That it is a comedy! Well, it's mostly a comedy.

RJ Cyler: It's not too heavy. Some people see the title and they think, "Oh it's going to take me there, and I don't want to go there, so I'm afraid to watch it." Just don't judge a movie by the title.

Olivia Cooke: Yeah, and it's not a cancer movie.

PS: What movie would you say that if people like it already, they're going to love Me and Earl and the Dying Girl?

PS: Is there a scene that got cut that you wish didn't?

Alfonso Gomez-Rejon: Greg's big monologue at the end of the film where he addresses the student body. This is a guy that wants to be as invisible as possible, and all of the sudden [he's] under the spotlight in a student auditorium. It was the scene that Thomas was most worried about, because it's a big thing, but the movie at the end had to be a nonverbal kind of experience. I don't regret cutting it, but I'm glad people will be able to see Thomas's beautiful performance.

PS: What made you want to be in this movie?

PS: Had you all met Alfonso before?

OC: Thomas and I had. We both got really close to his first movie, but we weren't together in that one. I'm glad we got this one instead.

PS: Even though it takes place during the school year, Me and Earl and the Dying Girl has a Summer sort of feel. What other movies remind you of Summer?

RJC: The Lorax. A lot of people watch that any time, but to me it just matches with the Summer.

TM: Lords of Dogtown. It was one of my favorites when it came out. I was a big skateboarder, and I loved it.

PS: You have some amazing costars, like Nick Offerman and Connie Britton. Who do you wish you had more scenes with?

OC: Molly Shannon. I only had one itty-bitty scene with her, and Thomas got to hog it all.

RJC: Everyone really. I would have wanted to work more with Jon Bernthal.

TM: I feel like I got to know Nick while he was there. I spent a lot of time with him.

PS: The main character is greatly influenced by the movies he watched growing up. Which movies did you watch as a child?

AGR: In the early '80s was when the VHS revolution started, and when you're a small town and you have one fourplex in the mall that only gets the big studio releases, you discover movies through VHS. A friend of mine lent me Apocalypse Now. I was overwhelmed by the scope of it, and around that time I also started to discover Martin Scorsese and Blue Velvet.

PS: What part of this movie are you most excited for audiences to see?

OC: I can't wait for them to see the camerawork. I've never worked with a director that uses the camera like a paintbrush.

TM: The long takes. I'm really proud of those. It's so rare that you get to do that in a movie where they don't cut.

RJC: I like the humor that's between Greg [Mann's character] and Rachel [Cooke's character]. It's just very honest. Greg's trying to be funny, but it's not working, and Rachel just doesn't really care.