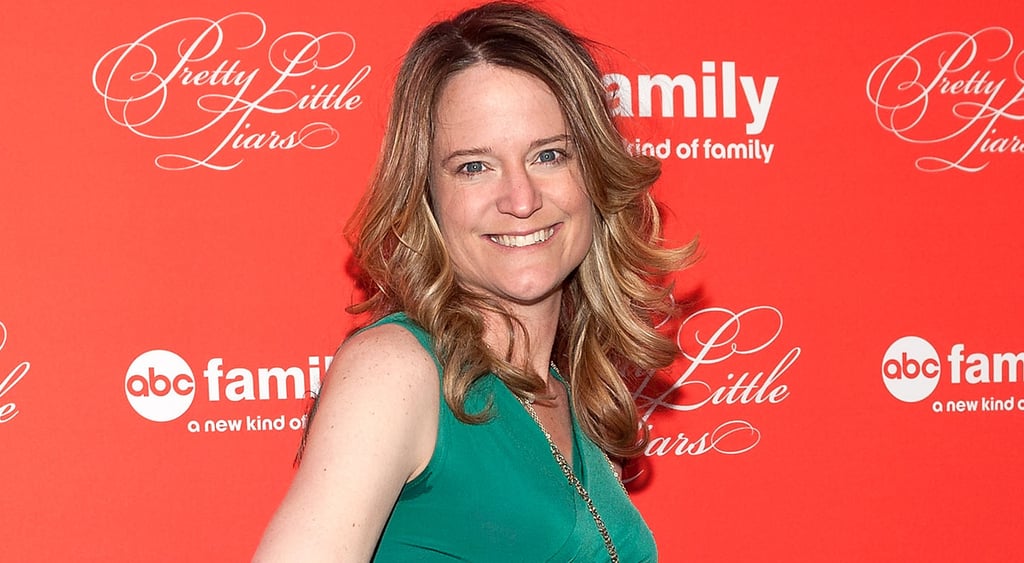 This week marks the season five finale of Pretty Little Liars, and it's already being called the show's biggest episode yet. Of course, this is due in large part to the fact that we've been wondering who "A" is for years now, and it looks like we're finally getting some answers. In anticipation of this pivotal moment, we spoke with the Sara Shepard, the author of the Pretty Little Liars book series. Keep reading to see what she said about the identity of "A," the possibility of a twin, and much more.

POPSUGAR: It's hard not to talk about "A" at this pivotal point on the show. Could "A" be one of the girls? What would that mean?

Sara Shepard: A lot of people guess that it's one of the girls. From a story perspective, I'm not really sure that makes sense, because we've really come to love all of these girls. I think it would be so disappointing if one of them ended up being "A." We've been following them around, and then [for one] to have this secret life that we haven't gotten to see, and they're turning against their best friends and things like that . . . I feel like that would just be so sad. I really don't know if one of the girls is "A," I hope not. And I kind of have a feeling they're not.

PS: Let's talk about the love interests, like Toby, Caleb, maybe Paige. What do you think about one of them being "A"?

SS: I guess that may be a little more likely? Toby has many moments of seeming sketchy. And he recently broke away from Spencer and got her in trouble and sided with Tanner, because now he's a police officer. . . . We really don't know, it's not like we're following Toby around, we're not in his point of view. . . . And Caleb's the same. Caleb is a tech genius, he can hack into anything. That would make him a good candidate: to be able to arrange all of the "A" messages on the girl's phones, and do all of those other crazy things that "A" has done to get information and to manipulate things. But I really like Caleb, so I hope that he's not either.

PS: And what about Paige? She has a violent past, which seems to have been swept under the rug, so to speak.

SS: I know! Everybody always forgets that she almost drowned Emily, but that was a really scary moment.

SS: Right. Yeah, that would be really interesting. The only thing I know — and I only know this because I read it in an interview — is that "A" is definitely someone we've met before. It would be really disappointing if they made it somebody from out of the blue. So it's somebody we've met. It has to be somebody we're talking about. Somebody has to be right in their theories.

PS: Let's talk about one more possibility. What do you think about one of the parents being "A"?

SS: I mean, sure. There was Byron, he was a little creepy for a while. . . . I would hope it's not Hanna's mom, she's great, I love her. She's gotten in so much trouble, she would have sabotaged her own life. "A" has really picked on her. Maybe it's Hanna's dad? We don't see him very much. I don't like him. He was a more prominent figure in the books and I never liked him in the books either. There's really kind of nobody we can trust. I haven't read any fan theories on parents.

PS: In the books, Ali has an evil twin, but on the show, the writers haven't touched that plot point, at least so far. Are there any other events from the books that you hope will be included or that you think might happen down the line?

SS: I hope the twin thing actually happens, I'm still holding out. I just have a strange feeling that it could in some way, maybe not Ali and her twin sister, [but] it'll happen. That would be awesome. They've done so much from the books, which is so cool. They brought in the mental hospital in such a fun way. I'd love for them to go to another country. Like, in the later books they leave Rosewood. The scariness of it is the best part. They've picked on that and haven't watered it down at all from the books of these girls feeling like they're about to die in every episode.

PS: Do you have a number one nomination for "A" right now, personally?

SS: I feel like there is some sort of secret sibling or something or other within the DiLaurentis family that they are protecting. That's my big theory. I don't know who it is, or why, or what happened, but that's my theory. My other theory — it's probably totally wrong — is, I think, the cop, Tanner. There's something so creepy about her. Maybe she's a red herring, like I think a lot of other people are. I think Andrew's a red herring. I don't think Andrew has anything to do with anything. But she's been in the show and after these girls for a long time. Maybe it's too obvious, I don't know. But it is kind of like, what is her deal?

PS: Of the main five girls, everyone sort of has one that resonates with them. Do you consider yourself more of an Ali, Aria, Hanna, Spencer, or an Emily?

SS: That is interesting. From the book, the four girls — not including Ali, in the books she's truly evil — I kind of was like all of them. They were all me at various points in junior high and high school. Hanna was kind of the youngest version of me. Emily was when I was really into swimming. Aria was next, and Spencer after that. I would say mostly Aria? But some Spencer too. Actually, probably more Spencer, her sort of doggedness and ambitiousness. She's sort of the most neurotic. I always liked writing her because she was so neurotic in the books too and the others were neurotic in their own ways, but Spencer was like OCD. I was a lot like Aria in high school, I will say that.