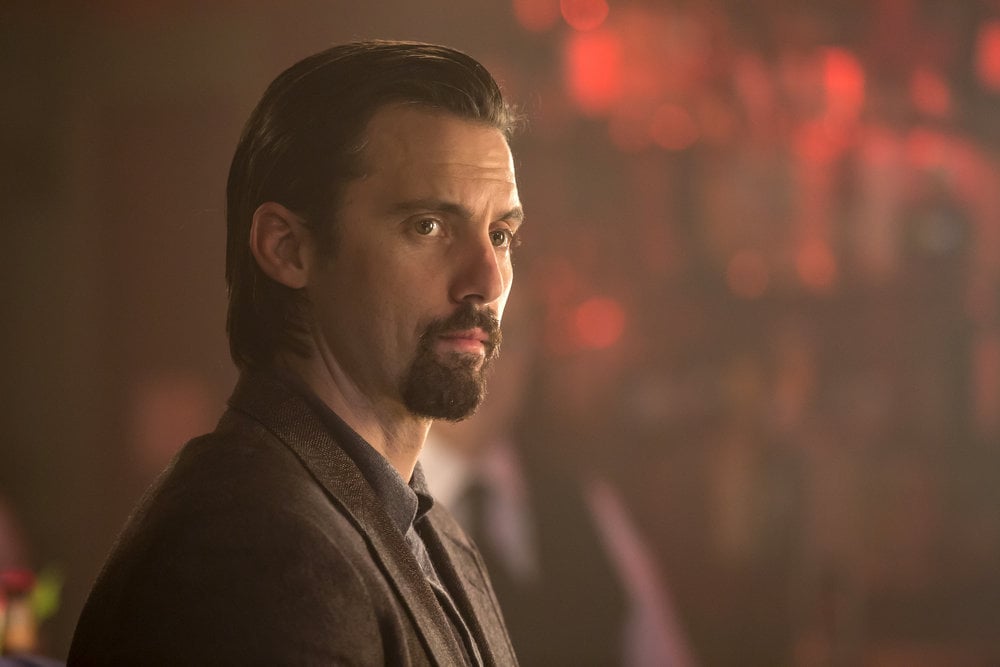 If you're a fan of This Is Us, then you already know that Jack Pearson (Milo Ventimiglia) is no longer alive in present day. The show, which goes back and forth between decades, has dropped a few hints about how Jack dies, but the show's creator, Dan Fogelman, has said that fans won't find out exactly what happened for quite some time. There have been numerous theories floating around on the internet since the show started — alcoholism, a car crash, heart attack — but they all seem to fall just a little bit short. There is even a theory that Jack perishes in 9/11, but that timeline also doesn't seem to accurately add up.

A new plane crash theory made its way onto social media in early February after Redditor knuckle_cracker did some serious digging, and this one actually makes total sense (and is completely devastating). The user theorizes that Jack dies in a real-life plane crash that happened in Pittsburgh in 1994, where the Pearson family lives at the time.

USAir Flight 427 left Chicago's O'Hare International Airport on Sept. 8 and was headed to Pittsburgh, with a final destination of West Palm Beach, FL. While attempting to land at Pittsburgh International Airport, the plane's rudder malfunctioned and went hard over in the opposite direction the pilots commanded it to, which caused the plane to enter an aerodynamic stall. The pilots couldn't recover from this, and all 132 people on board were killed. The user writes, "While Jack and Miguel were talking during the most recent episode, Miguel asks Jack if he's seen Jurassic Park (which came out in '93). I took this as a clue for the rough time-frame of that period (which judging by the kid's ages, is also the time-frame in which Jack dies)."

Jack's daughter Kate (Chrissy Metz) also seems to be the most affected by his death, as we see her experience traumatic flashbacks to her father's funeral and her inability to talk to Toby (Chris Sullivan) about what happened. The user theorizes that this is because Jack called Kate from the plane and talked to her before it crashed. "What if Jack was on the flight . . . and before it crashed, he was somehow able to call the house?" the user wrote. "Maybe Kate was on the receiving end and she was the one that got to speak to her father, minutes, maybe seconds, before his death. This would explain the trauma and close connection that she has to Jack's death, and it would be one hell of a tear-jerker."

If you have doubts about this theory, the show has dropped a few hints that it could be true: we know Kevin (Justin Hartley) destroys every model airplane he made with his dad after his death, Kate gets extremely nervous and upset when she experiences turbulence on her flight from LA to New York, and Kevin mentions in the first episode that the 1986 Challenger explosion was particularly hard on him. We're already dreading watching these scenes if this turns out to be true . . .

Netflix
Who's the Snarky Voice Behind Netflix's Sexy Beasts? You Might Recognize This Comedian
by Emma Vallelunga 2 hours ago

Netflix
Whew! You's Season 3 Finale Is Full of Twists and Turns — Let's Break It Down
by Monica Sisavat 2 hours ago

Netflix
Meet Joo Won Shin, the Korean Singer Behind Squid Game’s Haunting "Fly Me to the Moon" Cover
by Victoria Messina 3 hours ago

Jenna Ortega
Wondering Where Ellie Is on Netflix's You? We May Have an Idea
by Monica Sisavat 7 hours ago