In its first four episodes, HBO's new documentary miniseries The Jinx: The Life and Deaths of Robert Durst made for a compelling examination of a real-estate heir and accused murderer's life and psyche. But in the fifth episode, which aired last Sunday night, the series transcended its own storytelling with one truly disturbing revelation to become something more. 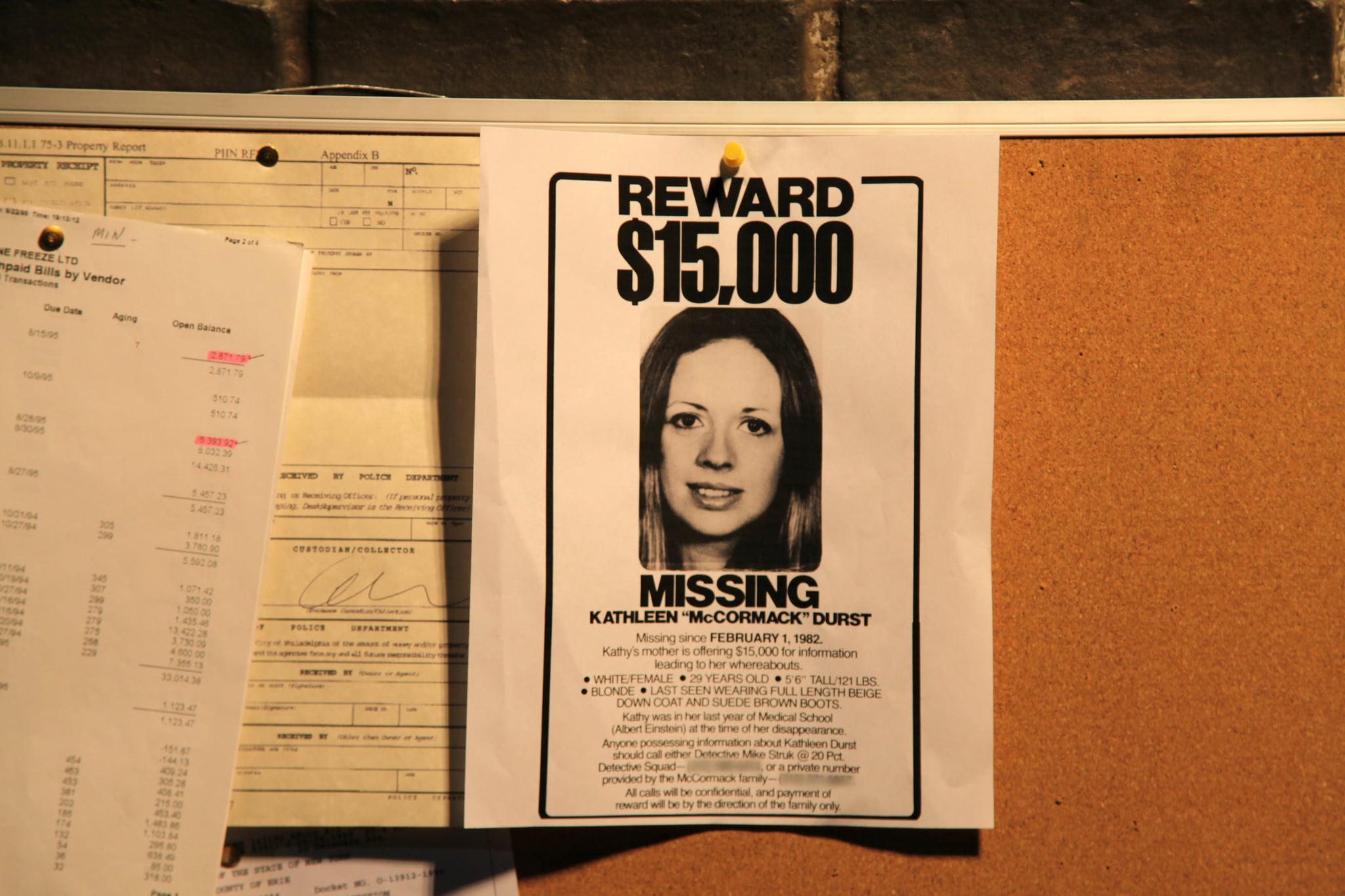 If you're not familiar with Robert Durst, here's a primer: The son of one of NYC's most powerful real-estate moguls, Durst witnessed his mother's death as a child, and in 1982, his first wife, Kathie, went missing under mysterious circumstances. In 2000, his college best friend and confidant Susan Berman — who was coincidentally due to be questioned about Durst's possible involvement in his wife's disappearance — was executed in her home. And in 2003, Durst was acquitted of murdering his neighbor after his high-powered, very expensive legal team successfully argued he had killed him in self-defense before dismembering his body. Durst's is the kind of story that would make a great movie, and in fact, The Jinx documentarian Andrew Jarecki had already examined Durst's life in his 2010 feature film All Good Things, which starred Ryan Gosling in the lead role. Durst apparently saw the film and contacted Jarecki to tell him he was ready to tell his side of the story. The result is The Jinx, a program that raises questions about the slippery nature of the truth, the flaws in our justice system, and the complicated nature of true-crime stories that will occupy your brain for hours after you've shut off the TV. Read on to find out why it's worth catching up on The Jinx before the final installment airs tonight.

I'd argue that The Jinx simply offers better storytelling than the first season of Serial. Serial producer Sarah Koenig's journalistic hesitance to draw conclusions was commendable, but it was often dissatisfying for listeners; she sometimes failed to make connections that deserved to be made or focused on her own uncertainty at the expense of the actual case at hand. Here, Jarecki — who already presented Durst as guilty in the version of events he laid out in All Good Things — is far less concerned with reserving judgment. That helps The Jinx maintain the urgency that seemed to evaporate in later episodes of Serial, when it became clear that listeners weren't in store for any clean conclusions or attempts at closure. Koenig was never out to prove a hypothesis, and as a journalist, she absolutely shouldn't have been. But Jarecki isn't beholden to the same rules. So, where Serial focused on presenting facts, The Jinx seems squarely in search of answers.

In 2000, Durst's college best friend, Susan Berman, was murdered in her LA-area home. She was shot in the back of the head, execution-style, just a couple of days before Christmas. Several people connected to the case have long suspected that Durst was involved in her murder — Berman was coincidentally just about to meet with the DA who was investigating the decades-earlier disappearance of Kathie Durst — but there was never any hard evidence to link him to the crime. In last night's episode, Jarecki and his team uncovered a truly bone-chilling piece of new information that, just this weekend, prompted the arrest of Robert Durst. Now that the tables have turned and the storytellers are beginning to shape the story themselves, it's nearly impossible as a viewer not to feel a new level of investment in the series — and in the idea that Berman's family might find some measure of closure and justice as a result of the show.

It's obvious that Durst and Jarecki each have their own separate motivations in telling this story. What exactly those motivations might be is less clear. Because we never see the behind-the-scenes machinations of how they met or the discussions they had about the series, it's unclear what expectations Durst may have had about how he'd be portrayed, or how he and Jarecki might have manipulated or played each other. On one hand, it's hard to believe Durst would have signed on knowing how damning the finished product would be. On the other, a homicidal narcissist (which Durst is presented as here) might not have any such qualms. Still, Jarecki's power in the situation is made very clear in one uncomfortable but telling moment. He suggests they take a break from the interview and walks away, but he keeps Durst's microphone on and leaves the cameras rolling. Durst starts talking to himself, seemingly practicing a few different ways he can deliver a line denying his involvement in the disappearance of his wife, before his attorney quickly steps in to alert him that the crew can hear and see everything he says. Later in the series, we watch Jarecki try aggressively and unsuccessfully to get Durst's younger brother Douglas — whom Jarecki knows has previously hired security guards out of fear of Robert Durst — to participate in the show. A few short scenes later, we see Jarecki's crew apparently show Robert Durst where Douglas Durst lives. Robert Durst lingers outside and requests that someone take a picture of him on the steps. It was a moment that struck me as creepy and violating at best and retaliatory and threatening on the part of Jarecki at worst. But it also gave me pause as a viewer by forcing me to confront the voyeuristic, frankly kind of gross side to our society's shared fascination with true-crime stories. I admit it won't stop me from watching, but it also reminded me that while this is a television show crafted to entertain, there are real people whose real lives have been irreparably altered by the story unfolding on the screen — people who will never get a tidy, satisfying ending, even if The Jinx offers up one of its own.