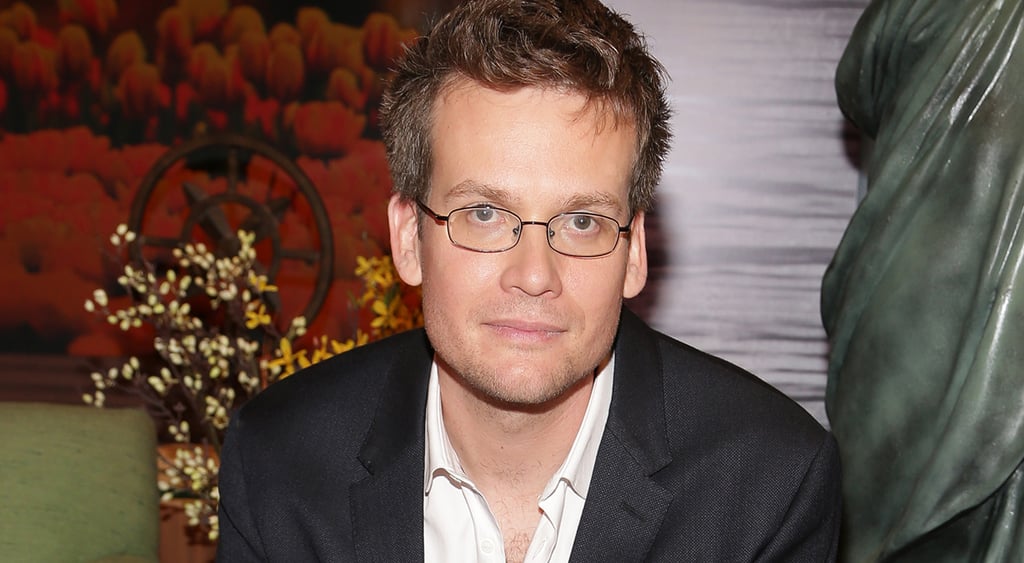 The Fault in Our Stars, based on the young-adult novel by author John Green, blew audiences away in 2014, igniting ugly-crying and so many other feelings across the nation. In the wake of its success comes the adaptation of Paper Towns, also by Green, which hits theaters this coming July. And based on the exciting, full-length trailer and all the pictures, we've got another amazing adaptation on our hands. We recently spoke to Green about everything that went into the book and the movie, from the inspiration to major themes to how the two compare. Read on to find out what he had to say.


POPSUGAR: So, the idea for Paper Towns comes from a personal experience. Can you tell us the story?

John Green: I was driving through South Dakota on a weeklong road trip with my girlfriend at the time. There was a town that was on the map, and then we drove right past it. There was nothing there. Nothing. I mean just a field, just fields forever. Just land and no humans. And I was like, "Well, what is this town?" We stopped and actually asked a woman at the next place that we could find. She explained that it was not the first time someone had asked, and that it wasn't real. That was how I was introduced to "paper towns."

PS: Did it hit you right away that this was going to make an awesome book? Or did it come to you as an epiphany later on?

JG: I didn't write Paper Towns for another 10 years! I just thought it was a cool thing and I did a lot of research when I got back home. I thought it was interesting. I never thought to include it in a book until I was halfway through writing the first draft of the book that became Paper Towns. I kind of stumbled back into the idea. I thought it would be useful in the story.

PS: Does the movie stay pretty close to the book?

JG: I love the movie. I think it's a really, really cool movie and I'm really grateful to the director, Jake Schreier, and everyone else involved in making it . . . I think it's faithful to the book's themes, which really matters to me. There are a lot of details that are different, and things that are changed around. All that matters to me is that trying to find a way to visually tell and share that idea: of matching people complexly, and the potential challenge and responsibility of humanness. Jake found a really good way to do that. For me, for what I wanted, I was thrilled. Because, what I really wanted was a movie that's about the themes of the novel.

PS: Speaking of themes, death seems to be prevalent in your novels. It's hard not to read the whole book thinking, "Oh my god, she's dead! She's going to be dead!"

JG: Right. I mean, in the movie, you're much less worried about Margo's survival. The concern is really about, will Q find a way to connect with Margo, or has she disappeared forever? And then secondarily, is Q going to figure out that he has done a terrible job of understanding this person he thinks he loved for his entire life?

PS: It's interesting, because he sets out on that road trip at the end with this whole goal of uniting with Margo in this big romantic moment, but it plays out differently than he expects and than the reader expects.

JG: Right! I wanted to write about how dangerous and destructive it can be to see other people as more than human, and to imagine them as these kind of all-powerful gods and goddesses. And that's how we often think of the boys and girls that we admire in high school, the ones who we want to be romantically involved with. I guess it's an anticlimactic ending, but I wanted to challenge the notion that the only appropriate climax is the one that ends with a lasting romantic relationship.

PS: Going back to the whole theme of death, why does it play such a large part in your novels?

JG: Well, I mean, adolescence is the first time you grapple with death and suffering as a sovereign being. You know, as a person separating from your parents or caregivers, you have to begin to formulate a world for you that includes suffering, and injustice, and universality of death, and that's difficult to do. So, I think that's why I keep coming back to it. It's a big question that I still feel unresolved about. Why is suffering not just being distributed? Why is there poverty?

PS: What's interesting, too, is it is such a dark theme to explore. But once you've hit your teenage years, that's when you start kind of feeling dark and twisty. You're thinking about those things.

JG: Yeah! I mean I must still be angsty, according to the traditional definition of it. I'm fascinated and concerned about the fact that all of us will die, and everything we do will have been for nothing.

PS: Which is a huge theme in The Fault in Our Stars: oblivion.

JG: Yes! I guess my concern is that, if your world does not incorporate that on a minute-by-minute basis, then your worldview won't be useful to you in the hardest times. In the times when you are going to need those ideas, or the way you look at the world to bring you comfort and strength. I try to be thinking about that stuff all the time, but I also don't think it's separate from being funny. Paper Towns is a hilarious movie. It's just mostly 90 percent funny and 10 percent serious. But I don't really think of those things as separate. For me, darkness and light are not opposites. Humor and sadness aren't opposites. Those things coexist.

PS: Absolutely. Part of portraying life is the challenge of being able to mix those two. It's not all darkness. There's so much gray area.

JG: That's what's so exciting about watching this movie getting made. Because, it isn't a movie that fits into a genre. It isn't a movie that's . . . you know, it's hard to say. Is it a comedy? It is a comedy, but it's also a drama. And it also has romantic elements. It didn't feel the need to define itself in the way that so many movies do. I think Jake did an amazing job of that. It took a lot of courage to make a movie real like that.

PS: How close are Cara Delevingne and Nat Wolff to the Margo and Q you first envisioned when you were writing the book?

JG: You know, having seen the movie and everything, I can't imagine Q with anyone else but Nat. I can't imagine Margo with anyone else but Cara. I spent a lot of time on the set with Q and Margo. I mean, I spent a lot of time with Nat and Cara too. They were so deep into those characters and so they really became those people for me. I'm just really proud of the work that they did, and very grateful how much of themselves they put into it.

PS: One of the biggest critiques you faced with your novels is the way that your characters talk. A lot of people say that your teenagers are just so profound and wise. What do you think of that? Did you talk like that when you were a teenager?

JG: I don't know if I talked that way when I was a teenager. Because I don't really remember what I was like as a teenager. I think I felt like I was talking that way. Yes, it's true teenagers don't talk like that, or many of them don't. It is not the job of the novel to always accurately reflect human dialogue. Because, in real life — as you'll see when you transcribe this interview — humans don't talk in diagrammable sentences. We never sound as smart or straightforward as we want to sound. This is not something I invented by any means. Like, Romeo and Juliet weren't actually pleading to each other in perfect sonnets.

JG: I think it's two questions. What are novels supposed to do? And, how do you use language to achieve that? I might be wrong about what novels are supposed to do. And I certainly might be wrong about what kind of language you use to achieve that. I'm sympathetic when it comes to that criticism, because if a novel isn't working for them, then you know, obviously, there's something wrong with the language. Or, you just have a different position on what novels do, and have a different position on how language is used to achieve that.

PS: Well, it's true! Novels always require some suspension of belief. So that would make sense.

PS: You made another excellent point, too. Like, we all probably felt pretty profound when we were teenagers.

Books
If You Loved Amanda Gorman's Inaugural Poem, You Can Pre-Order Her First Children's Book
by Kate Schweitzer 2 days ago