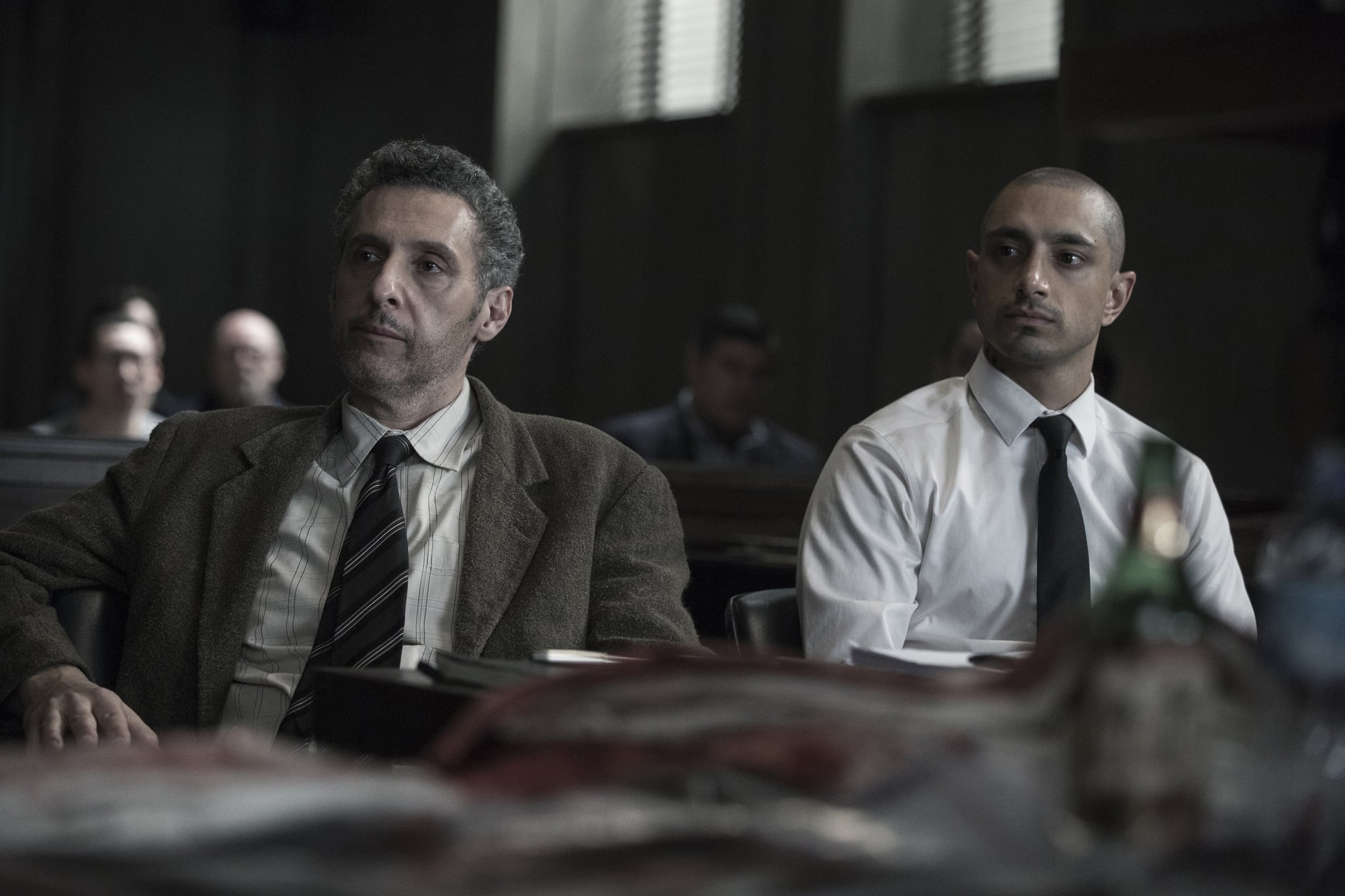 The eight-episode first (and possibly only) season of The Night Of came to an epic close tonight, and in the last 90 minutes of the show, we finally got closure on some of the things we've been wondering about all season long. But it turns out the long-awaited resolution of Naz's case wasn't even the most satisfying part of the finale. That actually came from a very unexpected place: John Stone's closing argument.

The eczema-plagued attorney (John Turturro) spends much of the final episode trying to figure out how to get Naz off the hook — even sacrificing the career of Naz's actual attorney, Chandra Kapoor, in an attempt to get a mistrial — and it doesn't seem like he is going to pull it off. Stone himself certainly doesn't seem to think so; after being made the lead attorney and being tasked with closing arguments, he has a full-blown eczema flare-up that puts him in the hospital the night before his shining moment in front of the jury.

But boy, does he pull it off. In a scene that will absolutely have people talking for weeks, Stone argues that while his client is in fact guilty of a crime or two (or maybe seven), he isn't guilty of the one crime he is on trial for. For weeks we have seen a cold, clinical view of the events that follow an arrest and indictment, and have gotten an in-depth look at how an individual can fall through the cracks in a system that doesn't always allow for a presumption of innocence. That all changed in tonight's episode.

Citing reasonable doubt as an intangible but vital part of the criminal justice system, Stone's raw, emotional plea to the jury to consider the circumstantial nature of the evidence against Naz takes the show to its breaking point. And while we as viewers know there are other forces at play — namely a certain individual who had means, motive, and opportunity on a much greater scale than Naz — it's hard not to follow suit as tears gather in the hardened lawyer's eyes.

Does Stone's oration change the hearts and minds of the jury? The deadlock seems to suggest that more than a few people are swayed by his argument, but we'll never know for sure. What we do absolutely know, however, is that at the end of the series we're treated to our first real glimpse of hope that the criminal justice system does work as it should, and that even someone as world-weary as John Stone can experience that powerful feeling of being protected by the court of law. And that's not something we'll forget any time soon.