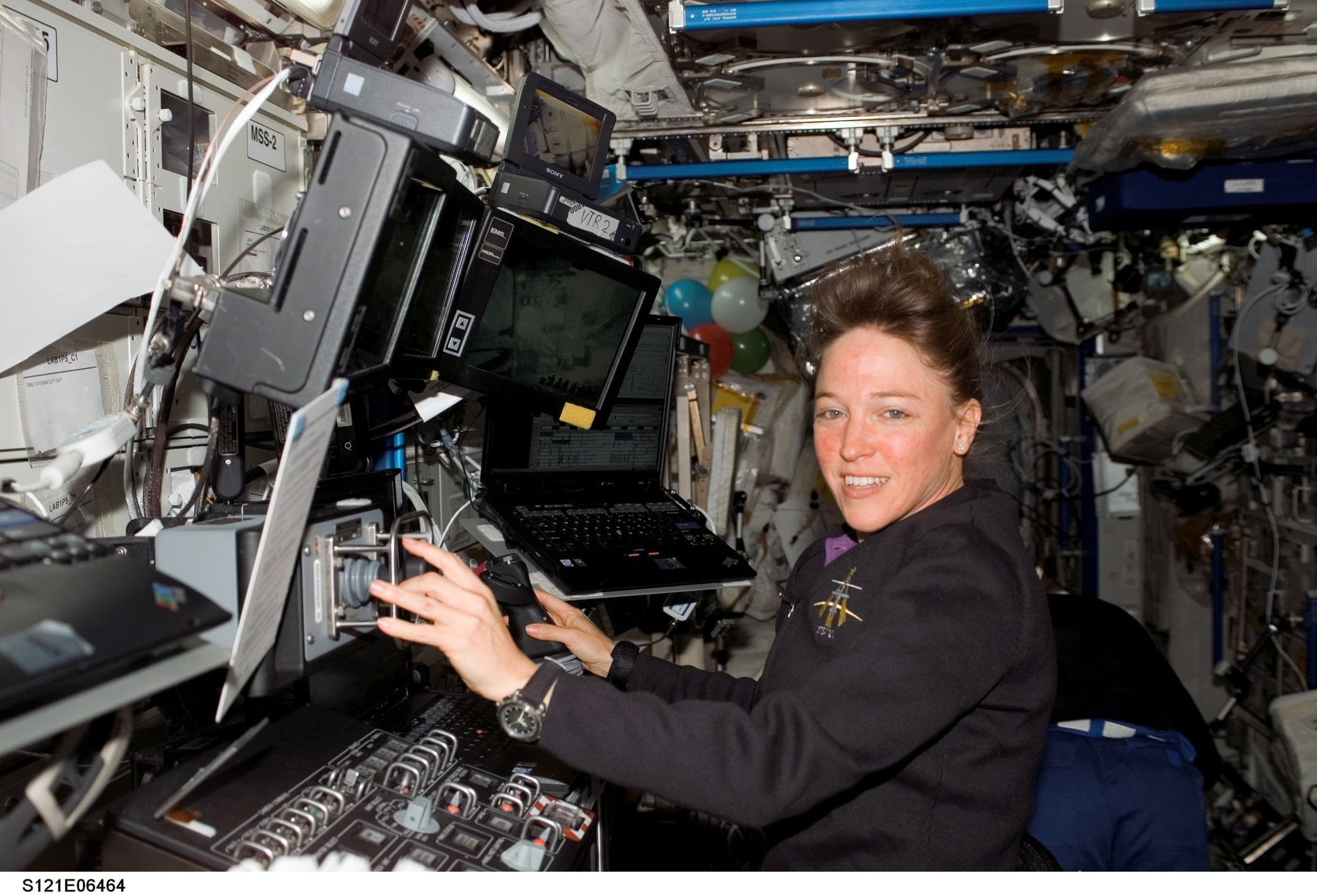 At surface level, Lisa Nowak had it all — a wholesome family life and a bustling career as a NASA astronaut. But just over a decade ago, her life turned a complete 180 degrees. Dressing up in a wig and wearing an adult diaper, she drove over 900 miles to confront the woman whom her ex-lover was seeing, a move that led to her dismissal from NASA shortly after her successful space mission. Natalie Portman, with cropped hair and a Southern twang, brings a loose adaptation of Nowak's scandal to the big screen this year alongside Jon Hamm in Lucy in the Sky. Suffice to say, the movie doesn't need all that much embellishment, as the real-life debacle that unfolded was truly out of this world.

Nowak flourished in a highly accomplished career. In 1987, she became a Naval Flight Officer in NAS Pensacola, FL, later entering the NASA Astronaut Corps at the Johnson Space Center. Nowak would fly aboard the Space Shuttle Discovery during the STS-121 mission in 2006. Her primary duty involved operating the International Space Station's robotic arm. In total, she logged 13 hours in outer space with six other astronauts.

Nowak carried on an affair with colleague Bill Oefelein for two years, and this relationship would eventually result in her notorious confrontation in 2007. During the time they knew each other, she and Oefelein worked on several projects together at the Johnson Space Center and belonged to the same bicycling team. While training for STS-116, Oefelein started seeing Colleen Shipman, a captain in the Air Force. He had still been dating Nowak but told Shipman that he would end the relationship. At this time, Nowak was married with three children, though she had separated from her husband, Richard Nowak, in January 2007.

On Feb. 5, 2007, Nowak, then 43 years old, was arrested for the scandalous incident that marked the downfall of her career. She drove over 900 miles from Houston to Orlando, FL, in a car stuffed with a drilling hammer, an eight-inch folding knife, a BB gun, and other incriminating materials. Police reported that she wore a wig, a trench coat, and glasses to disguise herself. News outlets would zero in on another detail: the adult diaper that Nowak put on so she wouldn't have to waste time on bathroom breaks. Nowak confronted Shipman at the Orlando International Airport's parking lot, dousing pepper spray into Shipman's car. Police arrested her on charges of kidnapping and attempted murder. The astronaut told authorities that she wanted to talk to Shipman to find out "where she stands" in the love triangle.

A month following the arrest, NASA dismissed Nowak and Oefelein. After being expelled from the space program, Nowak took assignments with the Navy, where she eventually received an "other than honorable" discharge. In 2009, she pleaded guilty to lesser charges of felony burglary of a car and misdemeanor battery. Her sentence called for one year of probation, 50 hours of community service, and an eight-hour anger management course.

The media characterized the incident as a love triangle gone wrong, illustrating Nowak as a delusional scorned lover. One of her colleagues, astronaut Joan Higginbotham, described her as professional and detail-oriented, saying Nowak's behavior in the scandal was out of character. On the other hand, Mark Kelly, the pilot on her space flight, portrayed her as selfish and reluctant to be a team player.

Nowak's attack sparked conversations about mental health in NASA. During her trial, her attorney brought up an insanity defense, saying she suffered from major depression, OCD, insomnia, and "brief psychotic disorder." Her sister, Andrea Rose, has said she was under an "enormous amount of stress." Friends believed she never recovered from the deaths of her colleagues in the Columbia shuttle disaster in 2003, the same year she was undergoing intense training for her first shuttle flight after having twin girls and learning her husband was called up to serve overseas in Afghanistan.

According to People, Nowak currently works in the private sector and divorced her husband in 2008. Despite the media turbulence around their relationship, Shipman and Oefelein eventually married and are now parents to a son and settled in Alaska, where they run Adventure Write, a website that promotes writing for children.

Netflix
Murder by the Coast: Who Killed Rocío Wanninkhof? Here's How the Case Unfolded
by Stacey Nguyen 19 hours ago